Venice Review: Dogborn is a Suspenseful Examination of the Complexity of Victimhood 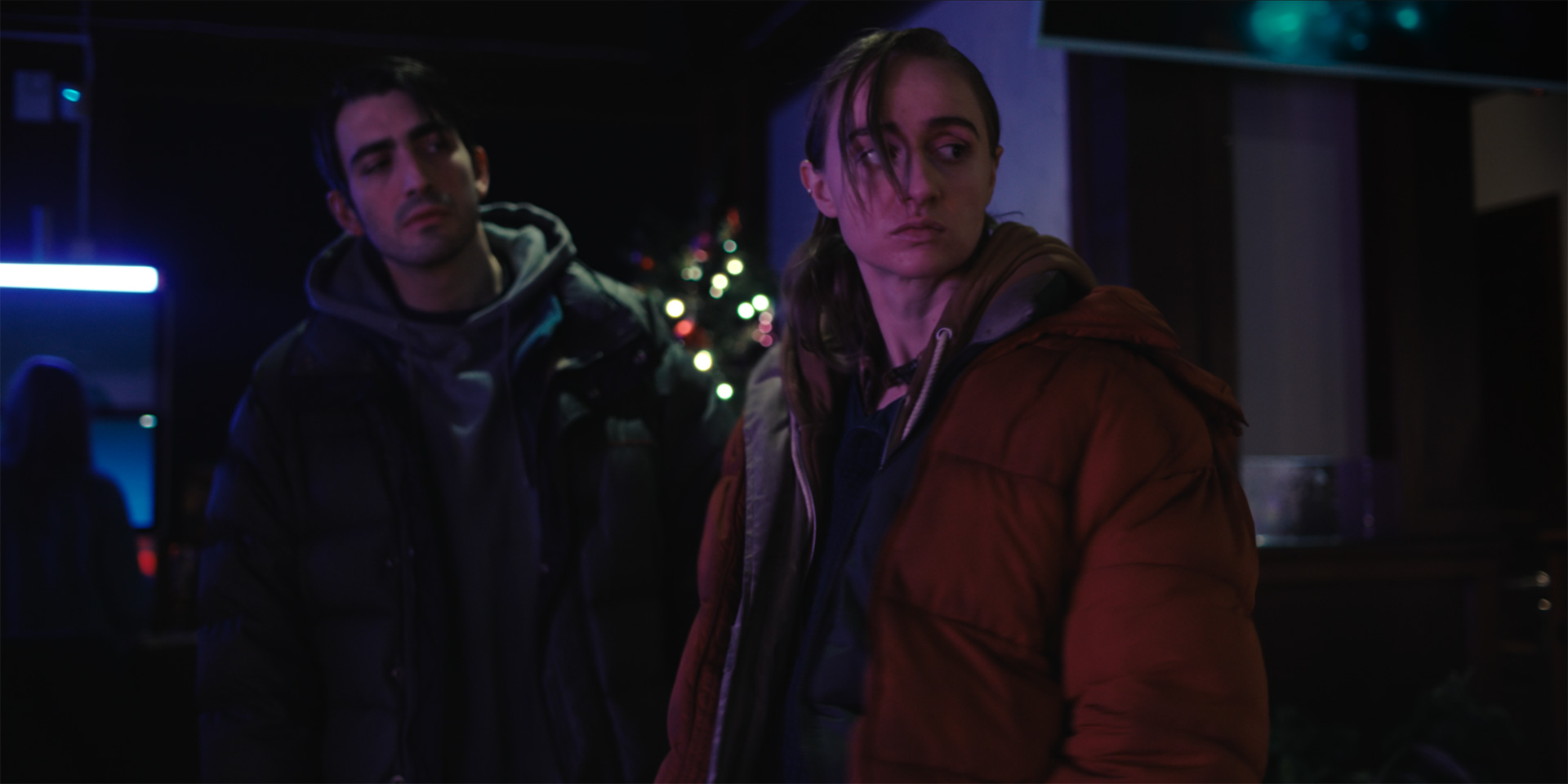 The twins (Silvana Imam’s Sister and Philip Oros’ Brother) have nothing since their mother passed away. No house. No jobs. No money. Brother doesn’t even have a voice—not since they left Syria long ago. It’s therefore up to Sister to manage for them both. Finding places to squat, talking their way into odd jobs to get paid, and making connections she can hopefully lean on when things get even tougher than they already are. Which is why it’s nice to have someone like their cousin Petri (Lukas Malinauskas) looking out. He works for a big-shot entrepreneur, Yann (Henrik Norlén), who could use a duo as desperate and volatile as these soft-spoken yet tenacious bruisers. And they’re only happy to oblige. Until they discover their task.

Writer-director Isabella Carbonell talks about wanting Dogborn to depict the complexity of the unfortunate souls caught inside the dark world of her setting. Sister and Brother aren’t simply two-bit criminals willing to get their hands dirty without acknowledging the moral implications of the tasks they’re recruited to perform. And Big Sister (Emma Lu) and Little Sister (Mia Liu) aren’t merely helpless victims to be abused or saved, forever at the whims of those in control. To put these four together is thus to supply them the autonomy to not only change their own circumstances, but also those of the other pair. Because Yann’s need for drivers to run his “delivery service” doesn’t hinge on experience; it demands fealty. It must when the “goods” being transported are young women.

Sister’s penchant to say how they’ll “do anything” is called into question almost immediately after arriving at Petri’s for their first shift. Told to get in the van before it’s loaded, they’re unsure what to think upon hearing what sounds like women being forced into the back. The noise while driving gets so loud that Sister must pull over to see what they’re dealing with—only to unwittingly let one of her captives out. Does she let her go? Does she catch up, apologize, and go to the police? Or does she grab her, throw her back in, and continue to their destination? It’s not really a choice—at least not yet. Yann has orchestrated things in such a way that impulse automatically overpowers thought.

Where she and Brother delude themselves into thinking they aren’t doing anything bad with adults, however, it’s a lot more difficult when the next day’s “product” is a pair of kids. It doesn’t get tenser than watching as Sister and Brother stare at Big Sister and Little Sister as though embroiled in a contest to see who turns away first. The former duo know what they’re being asked to do is wrong; the latter duo has steeled themselves to see whether their jailers will blink and prove friends rather than foes. Sister making the decision to hand over a change of clothes before escorting the girls into the van ultimately sets in motion everything that follows. She chose her fate. And she chose theirs as well.

It’s a suspenseful affair because we know Sister will eventually find a line she won’t cross. The question becomes whether it will be in time to save themselves. Because the moment she does stand to fight for something—rather than merely as an excuse to punish herself—is the moment stakes rise even higher. That’s when we find out how ruthless Yann is beneath the “family man” persona he’s cultivated. It’s also when we discover Big Sister’s fortitude. Give her a reason to fight for her sister and herself without a fear of repercussion and she’ll burn the world down without batting an eye. It won’t excuse what’s already been done, though—forgiveness demands more than “doing the right thing.”

Accordingly, the comparison between siblings isn’t one-to-one. Yes, Sister and Big Sister are the protectors in their respective duos—Brother is prone to getting lost in thought; Little Sister is only about six years old—but who they are to their companions doesn’t negate who they are to each other. Sister is Big Sister’s captor. Sister has facilitated the abuse Big Sister has faced. Helping her now will never erase that fact, nor would setting her free. Carbonell’s refusal to budge on this issue turns Sister into the anti-hero she is—conflicted, remorseful, and lost. The story’s progression isn’t thus about glorifying her later actions, which will always pale in comparison to her earlier ones. Sister cannot be absolved. And Big Sister ensures she won’t.

That doesn’t, however, mean they can’t have some fun turning Yann’s world upside-down. The stage Carbonell sets is an affluent one—Yann’s customers are wealthy with everything to lose. You could argue this truth means he’d never hire Sister in the first place, but that’s a reductive thought. Yann operates on control. When he sees someone who’s desperate, he doesn’t see someone he can’t trust; he sees someone he can break. Yann treats those in his employ like dogs, demanding loyalty and dishing out extreme violence when it’s not given. He honestly doesn’t care if Sister ruins things—he can just kill her and find another—and doesn’t care if his clients have their lives ruined. Disturbed fetishists aren’t in low supply.

Disturbed is an understatement, too, considering the reasons for some clients’ actions (Hannes Meidal’s Kjell’s proclivities are based in a desire much worse than initially assumed). With money comes fear, though. These are sexually abusive men, but perhaps not physically abusive when someone flips the tables to come after them. It means something to see these predators reduced to tears as their victims stoically push forward. That juxtaposition is what Dogborn is about. Carbonell is using this serious issue not to preach a solution or exploit it for entertainment. She’s using it to showcase the complexity of victimhood and the clear delineations within its hierarchy. Sister and Brother have it bad. Big and Little Sister have it worse. And our silence is complicity.

Dogborn world premiered in the Settimana section of the Venice International Film Festival.