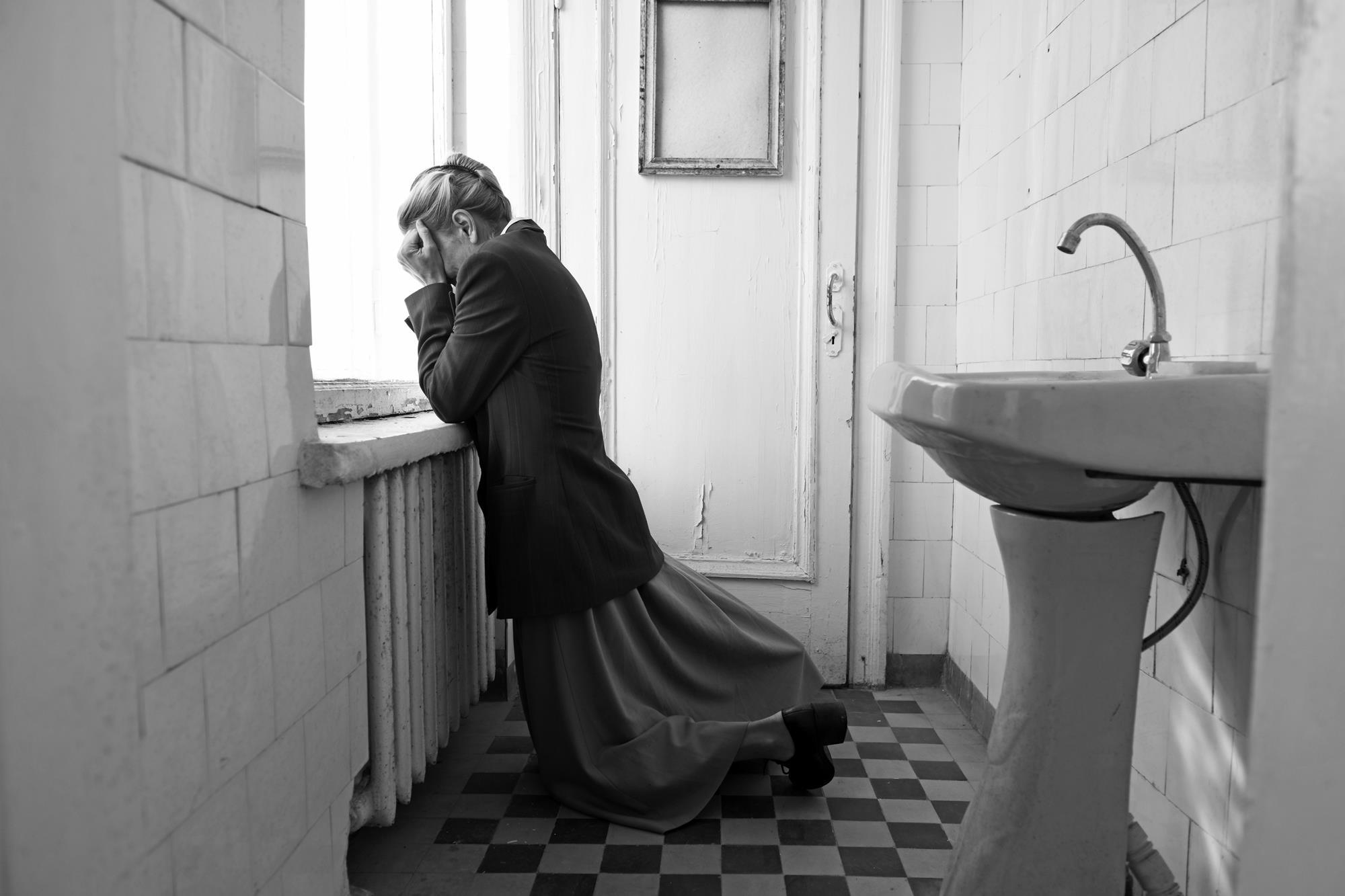 The gears of oppressive government bureaucracy are designed to crush homegrown opposition before it becomes too threatening. In that sense, institutions and policies put in place by Hitler’s Third Reich and Trump’s MAGA cult have a lot in common with those of 20th century Communist Russia, an ideological rope-a-dope that publically posited figureheads like Stalin and later Khrushchev as warriors of the people while privately undermining any citizen-led resistance with brutal force.

Andrei Konchalovsky’s great new film Dear Comrades! depicts such a response with the sobering understanding that historical events of any magnitude can be easily manipulated to match the motivations of those in power. Subverting these efforts means highlighting the prickly nuances of human experience under duress (panic, regret, pain), and finding a sense of shared empathy in the images themselves. Shot in Academy ratio and striking black-and-white, the film becomes a detailed cinematic record of how compromise, ego, cowardice, and greed can rapidly lead to a state-sanctioned massacre.

Dear Comrades! opens on a pivotal day, June 1st, 1962, in the Russian city of Novocherkassk, a cultural hub for the Don Cossacks. Food shortages and price increases have enraged much of the local population in a region with a long history of anti-Bolshevik sentiment. Lyuda (Yuliya Vysotskaya), a local Communist Party official, doesn’t have the time or inclination to consider this context as she and her hapless colleagues try to handle on the strengthening worker’s rights protest breaking out at the Novocherkassk Electric Locomotive Plant.

As these political middle managers point fingers and try to deflect blame, the situation grows exponentially unwieldy. Word of mouth carries shouts of resistance into neighboring rural townships, and the politicians’ cockroach-like ability to scurry away from responsibility only leads to more uncertainty. It’s not long before the National Communist Party notices the dissent and mobilizes a swift governmental, military, and counter-insurgent response led by the KGB.

None of these situational escalations cause Konchalovsky to deviate from his focus on Lyuda’s crisis of philosophical faith. At first, she seems aggressively pro-violence, even shouting above her male counterparts to prove loyalty to the higher-ups of Communist power during a briefing session. But her perspective seems more reactionary and fearful than fully embedded. When a sniper’s bullets start piercing the limbs and necks and skulls of innocent civilians, staining the city square with boiling hot blood, she is faced with the very harrowing manifestation of those destructive words and how it ultimately impacts her family.

Dear Comrades! takes place over the course of three terrifying days that ended in the deaths of countless protesters and brought an entire Russian city under strict lockdown. Through it all Lyuda and later a conflicted government agent (Alberto Testone) try to make peace with their own culpability in the Communist Party’s attempts to delete the tragedy from public record using intimidation, secrecy pledges, and murder.

The film clearly suggests that modern Russian history is founded on many similar incidents that involved strategic erasure. Lyuda’s aged father, a man who’s lived long enough to feel the familiar sting of atrocity more than once, tells her “this needs to be discussed” in one breath, only to say in the next, “I’m glad I’ll soon be dead.”

It’s a dichotomy of conflicting emotions that ultimately leads to apathy, something all dictatorial governments rely on to claim supremacy. Through its meticulous recreation of historical circumstance both personal and collective, Dear Comrades! beautifully counters these natural feelings of indifference through a blisteringly precise style of dramatic filmmaking that never shies away from revealing the fascism propping up all the propagandistic bluster.