Tribeca Review: Wake Up on Mars is a Refugee Documentary with Fantastical Ambitions 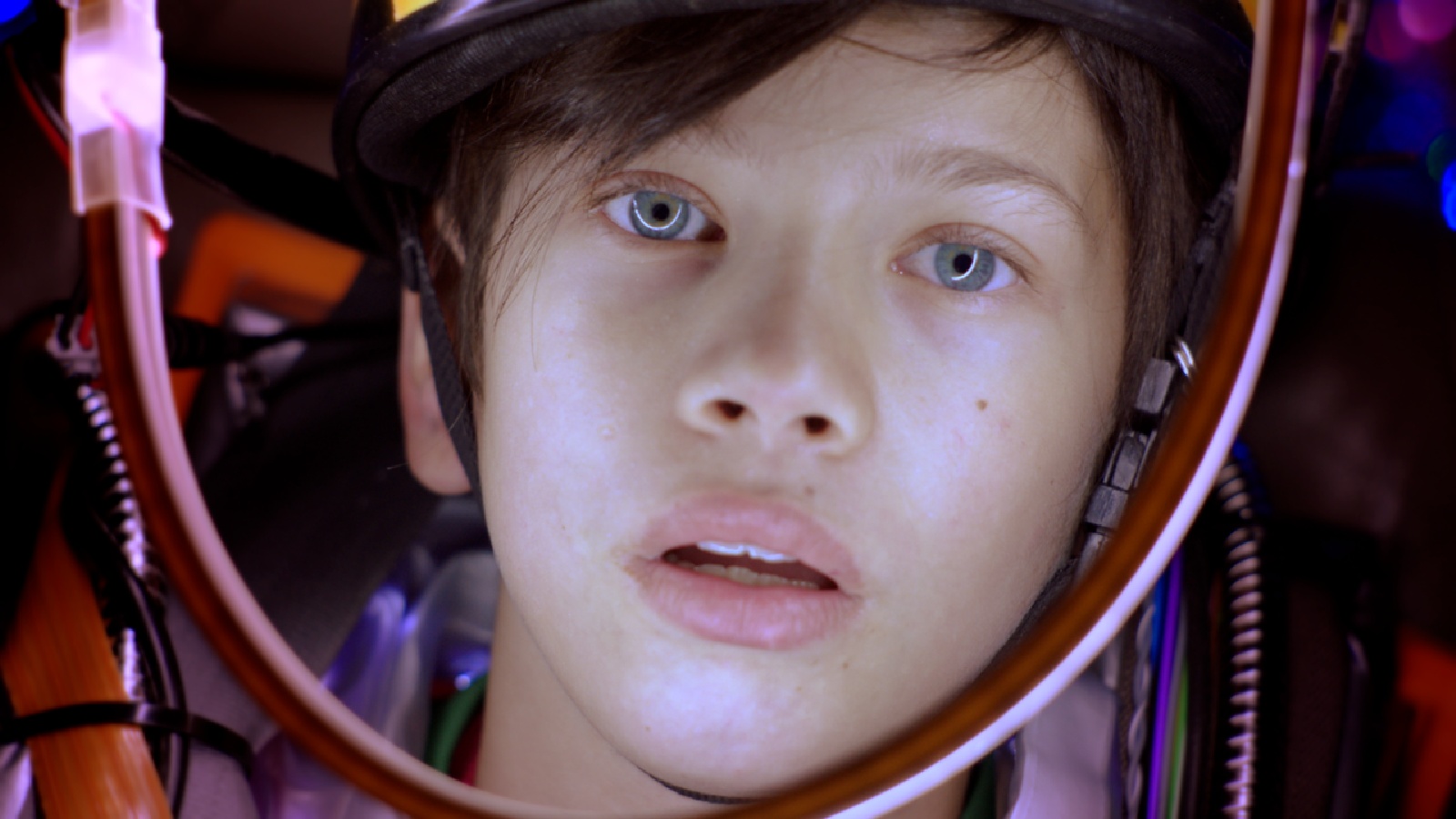 Whether it’s Pan’s Labyrinth or Where the Wild Things Are or The Fall, the narrative side of cinema is rich with stories of children escaping a harsh reality through dreaming up a fantastical world in which they are able to conquer fears they are not able to grasp in their day-to-day life. When it comes to the field of documentary, these harsh realities are often only captured for what they are, usually with a sobering immediacy and authentic immersion. Wake Up on Mars, an empathetic, imaginative new refugee documentary from director Dea Gjinovci, seeks to bridge this gap, capturing both a heartbreaking portrait of family and one child’s bold dreams of visiting another world to escape the suffering around him.

In 2007, the Demiri family fled a post-war Kosovo after being attacked for their Romani ethnicity and came to Sweden, only to be deported three years later. They were then able to return in 2014, but were still awaiting word if their asylum application would be approved. For some in the family, every day is a stressful waiting game to see if they can have permanent residence absent of strife. For the two daughters in the family, Ibadeta and Djeneta, they suffered a mysterious disorder called resignation syndrome, in which those afflicted go into a catatonic state due to major trauma–in this case, the threat of being deported. Even with help from the healthcare workers of Sweden (a country with a universal, government-funded system which is simply shown in motion, a vital reminder as the United States’ broken system is in a point of crisis),  there is no definitive answer on when they may wake from this peculiar, upsetting illness. We see their family’s daily routine of caring for their seemingly paralytic, incapacitated bodies as they move them from their beds to wheelchairs.

For their brother, the ten-year-old Furkan, he’s on a mission to save them. To escape children making fun of him for his sisters’ ailments and to transport them to a place free of the violence found in his native home, he’s building a spaceship from junkyard parts around his neighborhood. While the intimate moments of family interactions at home are captured with a rough but immersive eye from cinematographer Maxime Kathari, it’s almost as if an entirely different crew shot these adventures with Furkan. Conveying the gorgeous, peaceful nature in the Swedish countryside with dreamlike sense touching on the surreal, these transitional asides featuring Furkan’s poetic voiceovers are a welcome reprieve to the reality we see unfold. Although images of the tribulations they escaped in Kosovo are never shown, these bouts of the fantastical also conversely communicate that so many other children left behind in these war-torn countries aren’t ever given the opportunity to conjure. For many countries with citizens afflicted by ethnic persecution, these children aren’t only losing their sense of freedom, but also their imagination. While the specifics of Furkan’s ship-building are never detailed and the culmination of his journey makes some leaps of practicality, these sections provide a strong message of hope and how a sense of creativity can be a light in the darkness.

Like the most impactful refugee documentaries in recent years, Gjinovc keys in on the minute details of struggle to achieve a portrait of immense sympathy, going deeper than any newspaper headline could. We witness how dad Muharrem tenderly keeps a one-way dialogue going with his daughters, even if he’s not sure they can understand what he is saying while making sure feeding tubes are keeping them alive. We see Furkan following by example, sharing stories with them of how the spaceship he’s building will hopefully bring healing. We also see the unwavering joy when they finally achieve a breakthrough in their strenuous process of seeking a home. “I came here just to save my children, nothing else,” says Nurje, the matriarch of the family. To then see her care for her only daughters, knowing in the back of her mind they may never wake up, is a deeply moving experience. With a lyrical touch, Wake Up on Mars excels at focusing on the details of how one family is coping with unimaginable pain.

Wake Up on Mars was selected to premiere at Tribeca Film Festival.