Tribeca Review: The Integrity of Joseph Chambers is a Timely Portrait of Radicalized Masculinity 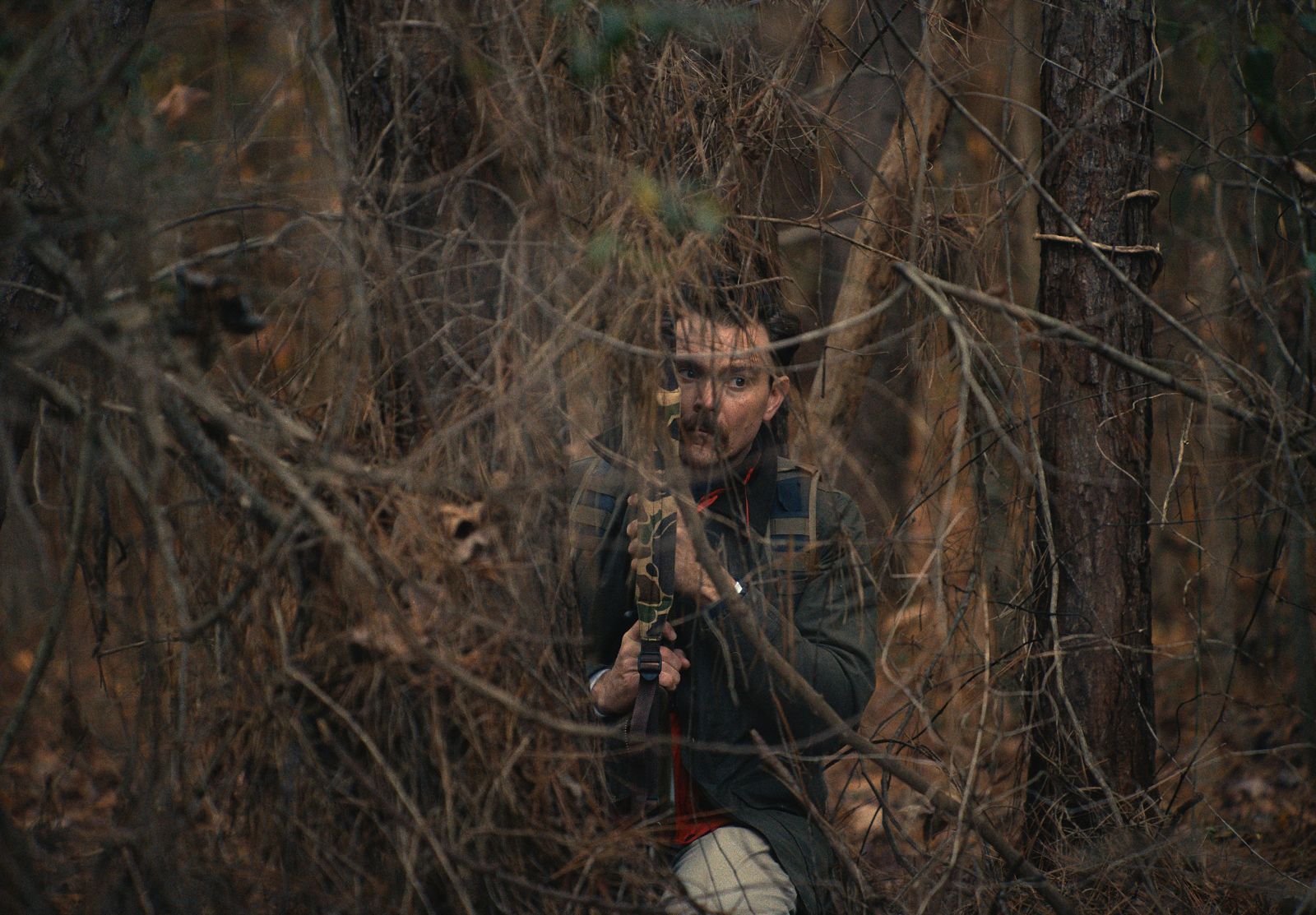 If the apocalypse comes, we’re all screwed. Fancying himself a survivor with a desire to provide for his family should “things go south,” Joe (Clayne Crawford) gets up before the crack of dawn, leaving wife Tess (Jordana Brewster), swapping his BMW for neighbor Doug’s (Carl Kenedy) truck, and heading into a private wooded area. His adventures (and boredom) have their charms. He imagines he’s a baseball pitcher stepping up to the plate, he struggles to reach an overlook with all his gear on, and fantasizes about bagging a buck to take home, stick in the freezer, and feed his family in the event we’re blasted back to the Stone Age.

Arriving at a scary time in American history when inflation is at an unprecedented high, The Integrity of Joseph Chambers is initially willing to lean into the impulse some have to buy a year’s worth of freeze-dried meals from Costco in the event of global catastrophe. This thread of commentary looms over Joe’s actions as he’s drawn into the woods for the vague reason of proving to his wife he’s no “soy boy,” capable of “grown-man shit.”

Initially, however, he’s talked out of such adventure by Tess, who grew up in this rural area of the Tennessee Valley and moved to the city to get away from the masculine culture of guns, trucks, mud, and conservative politics. He even resists when she asks him to come back to bed, instead setting out for a trial by fire. Even friend Doug (seemingly the only person of color in town) cautions him against heading out alone, but Joe and his integrity have the last word.

Written and directed by Robert Machoian (who previously directed Crawford in another kind of survivalist drama, The Killing of Two Lovers), The Integrity of Joseph Chambers is another fascinating, observant character study on a smaller scale than his previous films, which also operate with quiet, restrained nuance. Though we spend time with Joe, he remains a bit of a mystery: a guy who was probably once the normal friendly presence around the water cooler at work, then became quietly radicalized while being told to work from home for a few months and wear a mask at the supermarket.

His radicalization and inexperience creates a justification for what happens fairly early in the film and occupies much of the second and third act, turning a bad situation worse. Encountering a Lone Wolf (Michael Raymond-James) on what he believes is private property, he justifies his actions on the basis of “stand your ground.” Once they get to talking, the Lone Wolf––who has some experience fending for himself––tells him just how flawed his plans are. Chambers wouldn’t last very long if the apocalypse hits—he can never truly be off the grid.

Striking a thoughtful tone, The Integrity of Joseph Chambers is an observant film about justification—one with quiet consequences that become somewhat apparent in the nearly perfect final scenes featuring Jeffrey Dean Morgan as chief of police in this small town. The deliberate pace is bolstered by the humor of Chambers essentially playing dress-up and getting himself in way over his head. The BMW-driving insurance agent can invest in the highest-end gear at the sporting goods store, but what good will it actually do him without discipline, training, and—needless to say—integrity?

The Integrity of Joseph Chambers premiered at the Tribeca Film Festival.