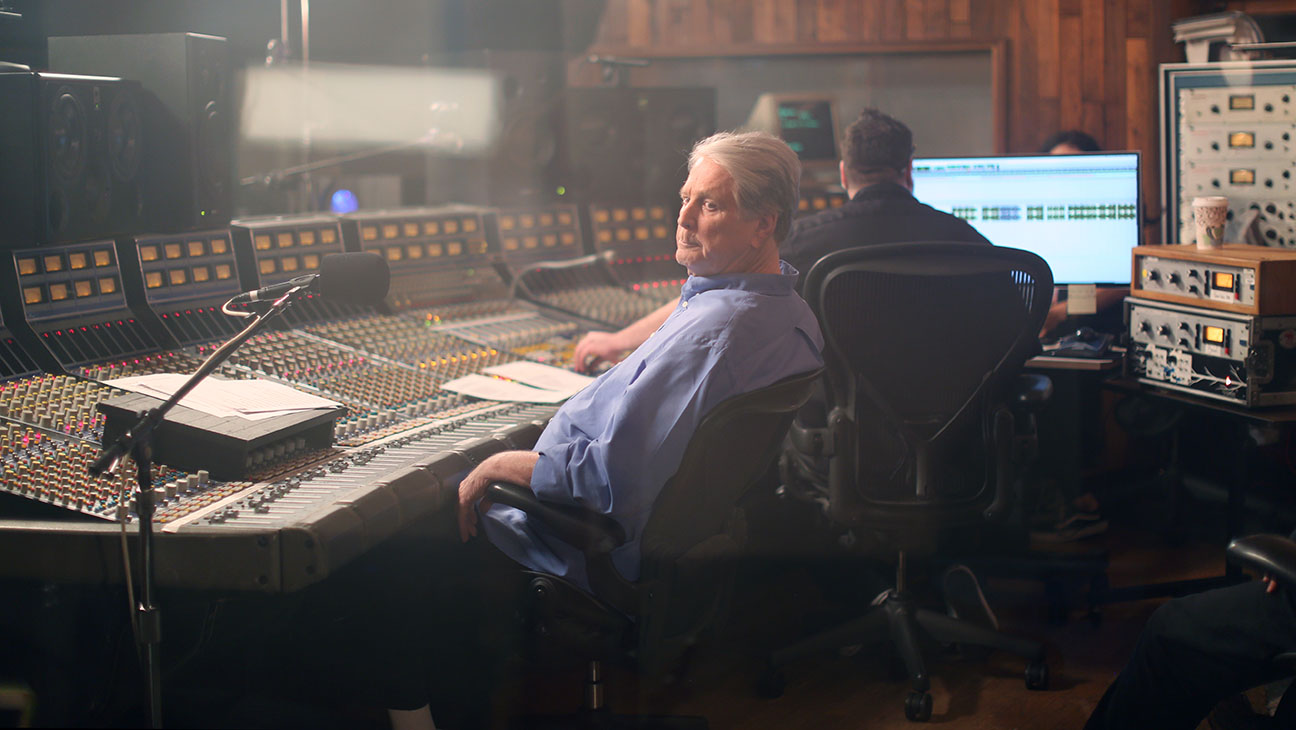 There’s a scene in Brian Wilson: Long Promised Road that’s different from the many Brian Wilson documentaries. The artist is riding around Southern California with friend and music journalist Jason Fine when he’s told Jack Riley, his musician friend and one-time manager of the Beach Boys, has died. Riley managed the band during their prolific, if unappreciated, post-Pet Sounds years, his contributions—helping Carl Wilson write the lyrics for “Feel Flows” and “Long Promised Road,” the latter of which this intimate documentary is named after—went far beyond management.

Reeling from Riley’s death, Wilson recoils from talking to Fine, who does something important: he allows space for Wilson to feel the loss of Riley’s life and affirms his friend in pain. It helps Wilson through the trauma and shows the audience emotions we never see from the characteristically stoic musician. It is moments like this that make Brian Wilson: Long Promised Road unmissable for anyone with even a passing interest in the history of music from the Beach Boys era and beyond.

Director Brent Wilson (no relation) works primarily in producing music specials for TV, whose redundant formula will crop up, but the addition of Jason Fine punctures the rote celebrity talking heads (Bruce Springsteen, Elton John, Nick Jonas, etc). Fine, who met Brian Wilson in the late 1990s, has profiled him for Rolling Stone many times since. The two reunite over lunch at Wilson’s favorite spot, the Beverly Glen Deli, where everyone knows him. It seems like there are at least three cameras trained on Wilson and Fine, but it’s difficult to tell because their presence is totally noninvasive while capturing moments like Wilson whimpering to Fine, “I haven’t had a friend to talk to in three years.” It’s difficult to know the truthfulness of Wilson’s statement, but the sentiment is probably true to his God-like pop status. But Fine is a friend first, journalist second. The two wrap up lunch and hop in Fine’s car to recall Wilson’s musical journey.

There’s no reason to rehash every beat of Wilson’s story when it makes up the bulk of the documentary, here brought to life with some okay anecdotes by Wilson’s peers and industry fans. Only Nick Jonas has something interesting to say about the pressure levied on him: “Expectation is the foundation of disappointment.” From the infamous “Brian’s back” campaign when he became sober to a relatively small output for several decades, Jonas nails the problem with everyone in Wilson’s orbit: they either wanted him to recreate the hits or create pop at the level of Pet Sounds, and the weight of expectation ensured it never happened until the Beach Boys’ machine was off his back in the late 1990s.

The last twenty years have been incredible for Wilson. He released the Beach Boys’s long-scuttled album SMiLE in 2004 and reunited with the band in 2012, with an album of George Gershwin covers in-between. After the Boys reunited, the biopic Love & Mercy, directed by Terence Malick producer Bill Pohlad and starring Paul Dano as the young maestro and John Cusack as the older patriarch of pop, was released to acclaim and a slew of critics’s award. This period is capped off nicely with what seems like a final telling of Wilson’s history, but this time in uncharacteristic emotional honesty that he usually reserves for his music.

Despite some overused celebrity talking heads and a story fans of American pop music must know by heart at this point, Brian Wilson: Long Promised Road feels like the artist’s definitive documentary, some omissions notwithstanding. His long-standing feud with cousin and Beach Boys member Mike Love isn’t mentioned once. In fact, the only mention of Love at all is a compliment from Wilson about his prowess as the band’s front man. Bygones have long become bygones it seems. Even the comically evil people in Brian’s life, like Dr. Eugene Landy—who, Wilson says, made him eat food off the floor and refused to let his family talk to him—is forgiven. Landy was placed in charge of Wilson when he couldn’t kick drugs or his eating habits. His cruel methods eventually got Landy kicked out of Wilson’s life, but the artist really has nothing mean to say about the guy. That’s why this feels like the final public statement from Wilson: he’s only here to vibe, cry, and spend time with his family. Music is part of his life as he still performs, but it’s not his highest aim anymore. Love and mercy is what Brian needs in his twilight years, and it seems like he has it. May his heart be full of spring.