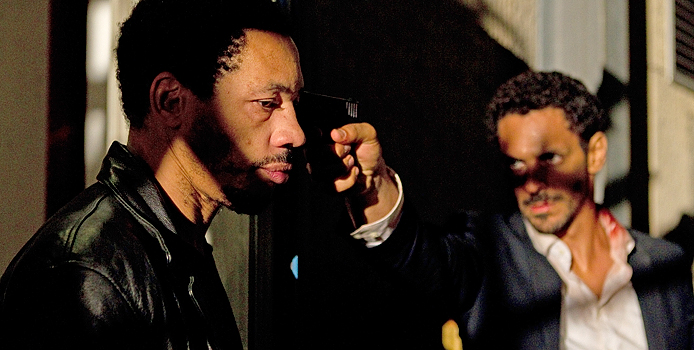 With the line-up announcement today, we have our first pieces of footage for a handful of Toronto International Film Festival 2011 Midnight Madness selections. If you are unfamiliar with the section, it is the nightly screenings of genre films with some of the wildest crowds I’ve ever been a part of. I can’t go to too many since I’ll pass out during a day full of press screenings the next morning, but I always enjoy going to one or two when I’m up there.

We now have a round-up of trailers for films making their debuts in this section. First up, if you haven’t see it yet, we previously posted the trailer for Ben Wheatley’s highly buzzed Kill List, which made a debut at SXSW. Check out more info at that link, but lets get to the new trailers. First up we have a trailer for Frederic Jardin‘s Sleepless Night. I only watched the first minute of this almost four-minute trailer, but I already like the kinetic style and this crime drama seems like a change-up for normally what would be at Midnight Madness. Check it out below.

When Vincent, a double-dealing cop, steals a big bag of cocaine from some drug dealers they counter by kidnapping and threatening to kill his son if the bag isn’t returned – fast. The swap is to go down at their headquarters in a big nightclub on the outskirts of Paris, but Vincent gets caught in a spiral of deception and betrayal and must fight his way through packed dance floors and dark corridors of the labyrinth-like club.

We also have the first trailer for Katsuhito Ishii‘s Smuggler. It looks just as crazy as I would expect from a Japanese film selected to premiere at midnight. See it below, with no subtitles for now. The film will hit theaters in October in Japan, but if the TIFF premiere goes over well, expect a distributor to come on board.

After his dreams of becoming an actor go nowhere, 25-year-old Kinuta does nothing but gamble every day. Broke, framed and now neck-deep in debt, he is recruited as a smuggler – an underground mover of everything from dead bodies to illegal goods – but one cargo triggers the rage of a psychotic gangster hellbent on revenge. By acclaimed cult director Katsuhito Ishii of Shark Skin Man and Peach Hip Girl and Funky Forest fame. Last up we have the trailer for one of my more anticipated films in the line-up, Douglas Aarniokoski‘s post-apocalyptic thriller The Day. The film stars Ashley Bell, Dominic Monaghan and Shannyn Sossamon, and we have our first trailer via RopeofSilicon. He looks to nail the world, I just hope the story follows through. The cinematography reminds me somewhat of last year’s Midnight Madness audience winner Stake Land. Check it out below.

In a post-apocalyptic future, an open war against humanity rages. Five survivors wander along rural back-roads, lost, starving and on the run. With dwindling food stocks and ammunition, an attempt at seeking shelter turns into a battleground where they must fight or die.

The Toronto International Film Festival 2011 runs from September 8th to 18th. Check back for more coverage.