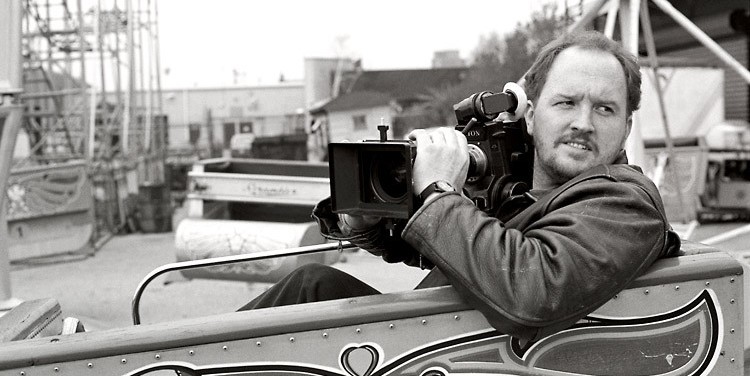 Update: The film is now available on his official site.

Despite his recent years of popularity, Louis C.K. has been working as a comedian for nearly three decades, first taking the stage in 1984 in Boston. Along the way he’s gotten his own TV shows, comedy specials, starred in high-profile films from Woody Allen, Rickey Gervais, and David O. Russell, and even directed his own features. Although his most notable helming work is the 2001 Chris Rock-led comedy Pootie Tang, he actually debuted his first film a few years prior and for the first time, it’ll be getting a release.

Titled Tomorrow Night, the black-and-white comedy premiered at Sundance Film Festival in 1998 and while it went to tour other festivals, it never got distribution. Featuring Steve Carell, Amy Poehler, JB Smoove, Matt Walsh, Wanda Sykes and a brief appearance by Conan O’Brien, the film tracks a loner who attempts to get a social life. First hinted at in one of his newsletter e-mails back in May 2012, C.K. has now unveiled to Jay Leno that he’ll be releasing the black-and-white film for $5 on his official site next month.

We’ve also got an old trailer for the project, which can be see below thanks to Badass Digest, as well as a behind-the-scenes photo, synopsis and his recent appearance on Leno revealing the distribution. It’s quite a way to kick off 2014 for Louis C.K., who will also unveil a new season of Louie, so check back on his official site for release details. What do you think of the trailer? Will you download the film?