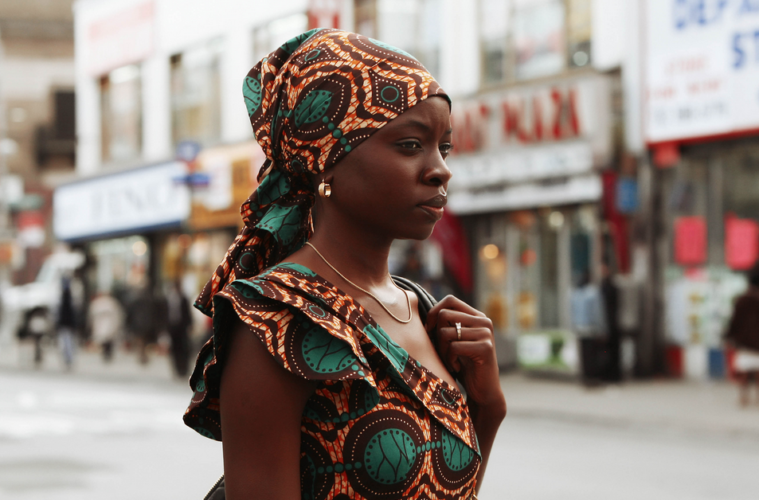 Of all the talents you read about during this year’s Sundance Film Festival, Bradford Young might not be among the most instantly recognizable names — but he’s nothing if not a major, on-the-rise creative force. Having already established his chops as the cinematographer of such acclaimed festival titles as Dee Rees’ Pariah and Ava DuVernay’s Middle of Nowhere, Young’s 2013 output was perhaps even more impressive: for his combined work on David Lowery’s Ain’t Them Bodies Saints and Andrew Dosunmu’s Mother of George, Young took home Sundance’s U.S. Cinematography Award, repeating an achievement he earned for Pariah two years earlier.

Young’s striking imagery is on display throughout the two-minute trailer for Mother of George, which has debuted online about a month in advance of its mid-September theatrical bow. (If the title sounds familiar to you, but you don’t recall hearing about it during Sundance, there’s a chance you might have come across it in David Edelstein’s audience-etiquette piece over at Vulture.) In addition to Young, the film is said to be a showcase for another rising star: lead actress Danai Gurira, known for playing Michonne on The Walking Dead; more film-centric readers will recognize her as Richard Jenkins’s excellent co-star in Thomas McCarthy’s The Visitor.

Mother of George marks the sophomore feature of Andrew Dosunmu, whose previous Restless City also featured Gurira (and also premiered at Sundance). Oscilloscope Laboratories, whose 2013 lineup has included Matteo Garrone’s Reality (as well as two more upcoming films, Hannah Fidell’s A Teacher and the abortion documentary After Tiller), has positioned Mother of George for a September 13th theatrical release beginning in New York City, with planned expansions to Atlanta, Chicago, and a number of other cities throughout the fall 2013 season; click here for specific theater information.

Check out the trailer, as well as a full synopsis, below:

Adenike and Ayodele (The Walking Dead‘s Danai Gurira and veteran actor Isaach De Bankolé) are a Nigerian couple living in Brooklyn. Following the joyous celebration of the their wedding, complications arise out of their inability to conceive a child – a problem that devastates their family and defies cultural expectations, leading Adenike to make a shocking decision that could either save her family or destroy it. Acclaimed director Andrew Dosumnu (Restless City) captures the nuances of this unique and fascinating culture by creating a beautiful, vibrant, and moving portrait of a couple whose joys and struggles are at once intimate and universal.

Are you looking forward to Mother of George? What did you think of the trailer?