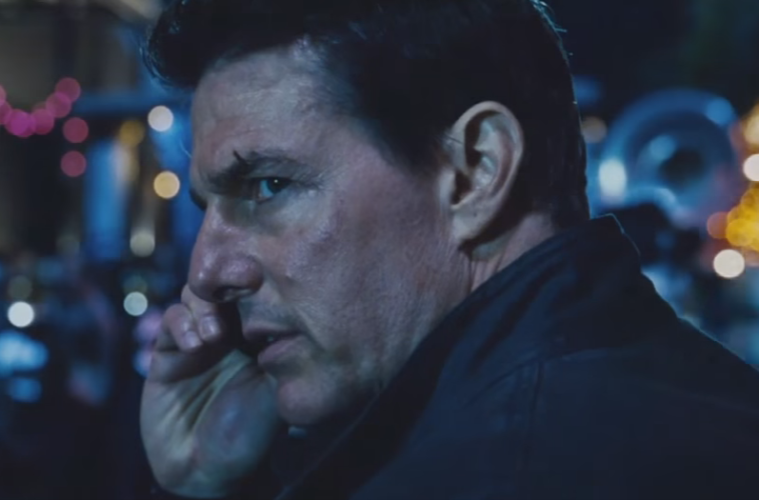 Tom Cruise is on the Run in First Trailer For ‘Jack Reacher: Never Go Back’

While it didn’t reach his outings as Ethan Hunt, the $200 million-plus gross of Jack Reacher was enough for Paramount to green light a sequel. As Christopher McQuarrie has now been put on Mission: Impossible duty (and doing a mighty fine job to boot), director Edward Zwick has now stepped in to make the sequel, titled Jack Reacher: Never Go Back, and today the first trailer has landed.

This time around the adventure, based on Lee Child‘s 18th book, finds our lead and Cobie Smulders‘ new character on the run. While this trailer debut is unfortunately butchered by Entertainment Tonight’s noxious voice-over and interruptions, one can see the first glimpse at the action. Also starring Austin Hebert, Patrick Heusinger, Aldis Hodge, Holt McCallany and Robert Knepper, check out the trailer below and we’ll update it when the official version arrives.

Update: See the official version below.

Jack Reacher: Never Go Back follows the title character as he returns to Virginia to meet the head of his former unit. But she’s missing, he’s being charged with a crime committed nearly 20 years ago, and he may even have a daughter. Making things right will lead him on a cross-country chase to uncover the truth – and maybe even a family.