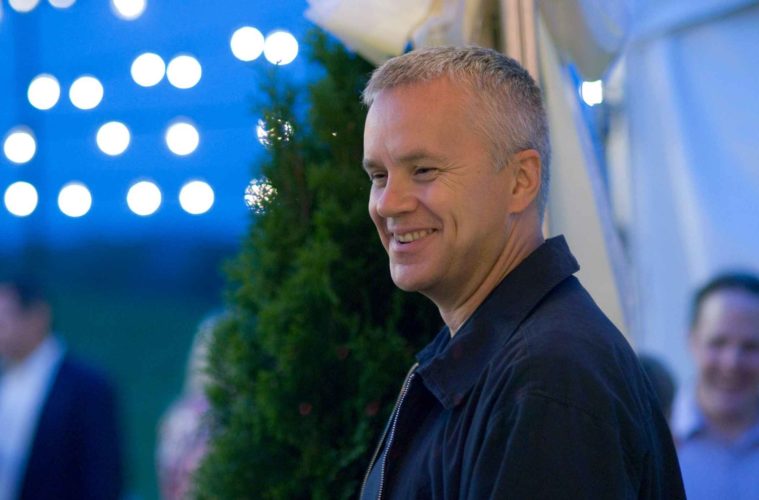 Tim Robbins Will Direct Himself, Michelle Pfeiffer and Chloe Moretz In ‘Man Under’ After taking on the drama Cradle Will Rock back in 1999, news cropped up this summer that Tim Robbins was looking to return to feature filmmaking for the Arthur Phillips-penned Cold War story  City of Lies, but now it’s looking like another film may have bigger priority for the Shawshank Redemption star.

Reports are coming in that Robbins will direct and star with Michelle Pfeiffer and Chloe Moretz in a new independent drama titled Man Under. Scripted by Ann Cherkis (The Secret), the film following a family living in Yonkers has drawn comparisons to both Sam Mendes‘ American Beauty and Wes Anderson‘s The Royal Tenenbaums. In the drama, the family finds that a photograph of them turns them into celebrities after it pops up in the Museum of Modern Art.

While Pfeiffer and Moretz recently wasted their talents together in Tim Burton‘s Dark Shadows, this reunion should prove to be more worthwhile, as we’ve been eager to see Robbins get behind the camera again. Robbins recently starred in the TIFF drama Thanks for Sharing and the foreign drama Back to 1942, but with no other acting gigs lined up, hopefully he finds time to shoot this project next year.

Are you looking forward to this trio of actors coming together?