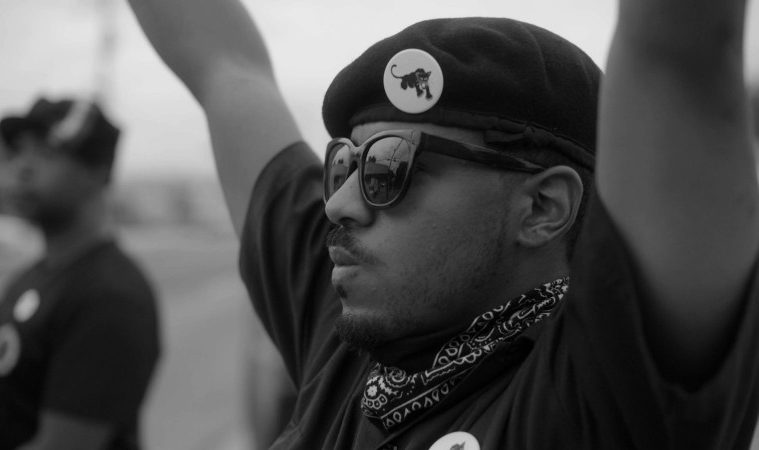 TIFF Review: ‘What You Gonna Do When the World’s on Fire?’ Finds Roberto Minervini Searching for a Story

Every once in a while there comes some serious difficulty in reviewing a film, chiefly one with noble aesthetic and ideological ambitions. Roberto Minervini’s newest work What You Gonna Do When the World’s on Fire? sadly fits that bill. The kind of film that draws hyperbolic descriptors along the lines of “essential” or “searing” from critics and programmers desperate to love it, one’s pulse is not raised much during the two-hour runtime. This is especially disappointing from a director who has made sure to capture parts of America no other filmmakers seem to want to touch with a ten-foot pole.

Equal parts documentarian and dramatist, the director has assembled a distinct if not wholly remarkable body of work. While this writer has written positively about the director’s work in the past, there’s maybe a feeling that the Vice Magazine “freakshow” element of his last picture, The Other Side, was what actually piqued a certain level of interest, not necessarily his sympathetic gaze. One certainly can see his decision to turn his focus from the poor working class to even more disenfranchised Americans surviving in the Trump era, but it comes with mixed results. Sometimes good intentions aren’t everything.

Keeping in the state of that aforementioned previous film, we follow four different strands in Louisiana (as well as Mississippi) over the summer of 2017: Judy a bar owner being threatened with financial ruin; two young brothers Ronald and Titus going through the rites of masculinity; a Mardi Gras performer and black Indigenous leader Kevin; and a new Black Panther group recruiting members and later protesting the murder of Alton Sterling, which inevitably leads to a confrontation with the police.

Minervini has certainly shown with his past films that he can create a rapport with his subjects, some of them as expressive and comfortable with the camera as the best of actors. One does feel glad to be witnessing many of these people; say a middle-aged man admitting the fear he wakes up with every morning that he or a loved one will be gunned down or, with the Kevin story, the many cultural alleys certainly not common to a layman’s general knowledge of Mardi Gras. And it’s not that the subjects aren’t themselves compelling, it’s just that there’s lack of shape to the film. Never really varying from its few points and containing little of a sense of surprise in form or content, there’s a laborious repetitive quality sadly new to Minervini’s work. Even if initially seeming more aesthetically ambitious, the digital black and white is not especially beautiful and adds a sense of affect to the whole picture. If anything, it’ll just make you think of how much better Killer of Sheep is.

What You Gonna Do When the World’s on Fire? feels like a case where most of the people watching the film will be bourgeois liberals at film festivals who already (ostensibly) agree with all the film’s politics. Considering the anger captured onscreen, is now really the time for such softball humanism?

What You Gonna Do When the World’s on Fire? screened at the Toronto International Film Festival and opens on August 16.