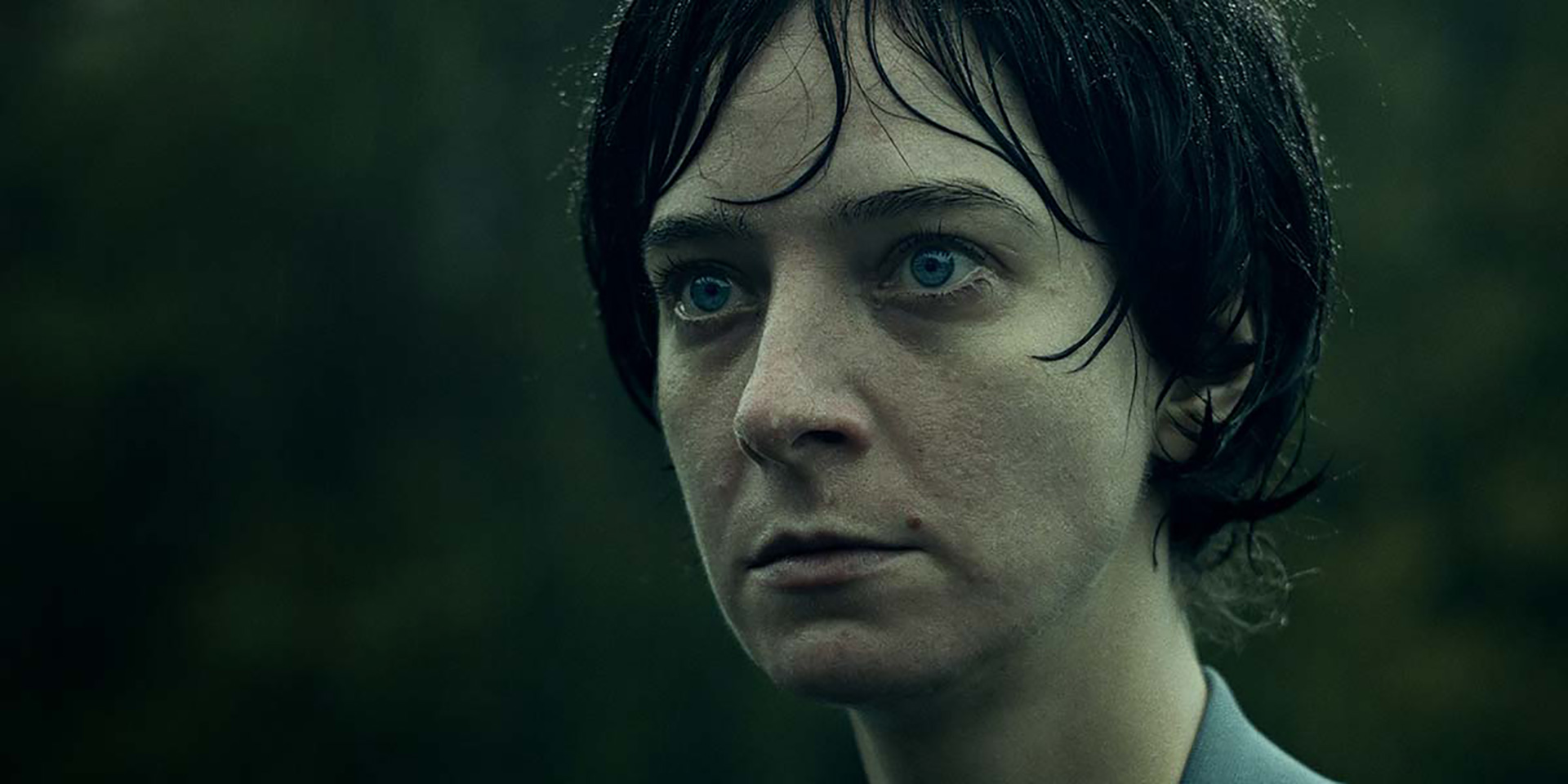 We’re often told growing up that every story has two sides so that we can learn how to put ourselves into another’s shoes and see whether actions we thought were harmless actually did cause harm. That doesn’t mean you can’t project the sentiments onto adult situations too, though. Especially when they deal with memory. Take Miriam (Madeleine Sims-Fewer) and Greta (Anna Maguire) for example—two sisters who used to do everything together in their youth. When the topic of teenage injustice first arrives in conversation, their anecdote is colored as Big Sis defending the honor of Little Sis. When it comes up a second time, however, Greta reminds Miriam that she specifically asked her not to do what she did because of the consequences that did ultimately arise.

There are probably many reasons for the difference. The former instance was in a moment of revelry while vacationing with their respective husbands (Obi Abili’s serious Caleb and Jesse LaVercombe’s easy-going Dylan) and the latter a highly charged confrontation marked by uncertainty, betrayal, and rage. There’s also the reality that both interpretations can be true at the same time. A part of Greta does love Miriam for having her back despite the aftermath, but that doesn’t excuse the fact that she didn’t listen. And while Miriam knows in her heart that disregarding Greta’s plea was a selfless act of retribution, a part of her also understands that she did it out of a selfish desire to be the hero. That complexity is real because we all make mistakes.

While Sims-Fewer and her co-writer/co-director Dusty Mancinelli draw many of these parallels throughout the entirety of their film Violation, however, they make it very clear that some stories don’t have the luxury of two sides. Some acts are so vile that the tonal impact of the moment cannot be wielded as an excuse for the transgression. It doesn’t matter if you’re drunk. It doesn’t matter if you’re vulnerable. It doesn’t matter if you mishear a scream of agony for one of pleasure. These types of events are absolute. So when Sims-Fewer and Mancinelli set the stage for one such offense in a way that intentionally creates the possibility for nuance, know it’s not to diminish the victim’s pain. No, it’s done to reinforce exactly how wrong what happened was.

They accomplish this effect by crosscutting three scenarios out of sequence with the utmost precision. There’s the aforementioned vacation weekend wherein these two couples are meant to be having fun during a relaxing break from the daily grind. There’s a tense exchange that pits sister against sister at the scene of a family get-together Greta was talked into organizing for her husband’s family. And there’s a surreptitious meeting between Dylan and Miriam occurring in-between. Despite receiving incomplete introductions to each that inherently provide incomplete context for the next, we’re never sure what we’re hearing is true since what we see later almost always exposes something else entirely. We experience cliffhangers via misleading preconceptions built to allude to what follows only to discover reality is actually much, much worse.

Why shouldn’t it be when we’ve become hard-wired as a species into thinking we know what’s right without ever forcing ourselves to confront the notion that we don’t? When Miriam arrives with an obvious cloud of anguish thanks to an as yet unexplained coldness from Caleb, everyone wants to solve the issue rather than listen and understand. Greta hears her side of the ordeal and explains how sex is the answer since it’s always been hers. Dylan hears it and starts to believe his sister-in-law’s decision to confide in him is an attempt at seduction as though everything she says she’s not getting from home is something he can supply—if he’s willing. What then happens when everyone interprets Miriam’s suffering as desperation? How will she be exploited?

Suddenly we wonder why the title wasn’t pluralized since there comes a series of violations that occur both physically and emotionally. The cheery façades of family members putting on a smile despite the chaos and turmoil crashing within begin to crack so that ugly truths can spill out as cruel defense mechanisms. This idea that Miriam has always been “the selfish one” cements itself in everyone’s mind and colors what proves to be a devastating moment for her as a petulant cry for help none of the others are therefore willing to provide. The woman who would do anything for each of them is begging that someone repay the favor and they let her down in irrevocable ways. So Miriam ends up having to become her own protector.

The lengths she goes to do so make for an unforgettable descent into revenge as her fortitude is continuously tested to the point where second-guessing herself no longer proves an option. Miriam’s plan is meticulously calculated. She uses the trust that the others are only willing to give her if it suits their own personal truths against them and manipulates the board so that she can have free reign as a vigilante doling out justice in ways they themselves planted in her mind. While Sims-Fewer and Mancinelli initially use footage of a wolf killing a rabbit as a foreshadowing of what’s to come, they also later use the escalation of events during that vacation to refocus Miriam’s act of violence as a freeing manifestation of her newfound autonomy.

This is her moment to save herself. She’s spent her life trying to save others only to realize her desire to do so shielded her from the truth that they didn’t want it. Whether it’s that past incident with her sister or needing to get drunk to muster the attraction necessary to make love to Caleb, Miriam overcompensates and overcomplicates until her attempts at getting closer to those she loves pushes them away. To open up and ask for help only to be hurt so egregiously is thus the straw that breaks the camel’s back. If she can’t help them and they won’t help her, the moment to push through and act arrives. The only way to skin this cat is with her own two hands.