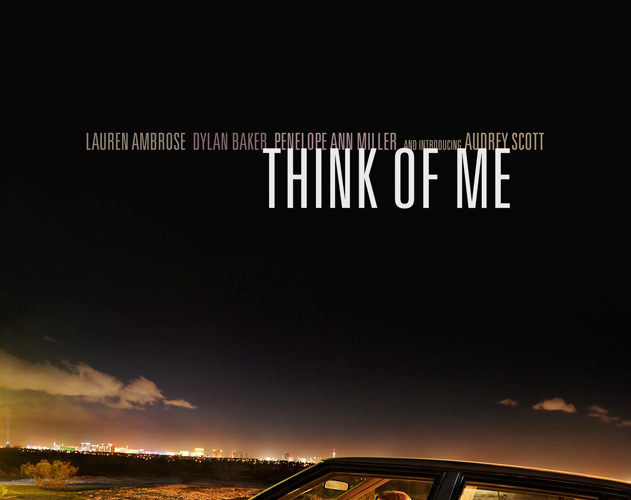 [TIFF Review] Think of Me Set in a city landscape far removed from the artificial glamour of Las Vegas (ground heavily treaded in other indie films), Think of Me attempts to understand a would be Casey Anthony-type of mother. However, perhaps like Anthony – Lauren Ambrose’s Angela is a child herself. Making the best of having a child, writer/director Bryan Wizemann’s camera is observant, following in the traditions of neorealism. Much of the seediest behavior is implied and perhaps our imagination can be far worse.

The film works as well as it does due to a tour de force performance by Lauren Ambrose who first came on my radar as Chicklet in Psycho Beach Party. Similar to Chicklet, it takes a smart person to play someone with a certain set of real world knowledge, while lacking a total understanding of her surroundings. Her performance is masterful. When in the presence of her daughter she is either an equal or is forcing her daughter to grow up quicker by being straight with her.

In the work place she takes her boss up on an “investment opportunity” which serves as our McGuffin – and more. Consider Angela’s interactions with her boss, Ted (David Conrad) – she discusses her intentions to “invest for the future,” while she is barely able to make ends meet right now. Given an opportunity to buy a share with speculators, they seem all too interested in her $2,000, which for her may be two months salary. The lives of Think of Me thrive off excess energy in Vegas, where there is always a quick buck to me made – including a morally ambiguous coworker, Max (Dylan Baker) who has three jobs: working at the telemarketing firm with Angela, selling data gathered from said firm and working in one of those children’s photography studios at the mall.

We first meet Angela in strip club where she stops in for a drink and picks up a random stranger. There’s a reason why these clubs have a policy against “unaccompanied females” – in the morning, after the reveal of her daughter Sunny (Audrey P. Scott) she asks the stranger for $100.  It’s not clear if this is a common practice, but her car frequently is in the shop and she gets by with the minimum maintenance. This seems like a common conceit in films that require their characters to be mobile – when my mechanic told me I needed my timing belt replaced I said “do it – I just watched Wendy & Lucy again a few nights ago!”

All and all – Think of Me (which is a title I hope they change) is a powerful film for most of its running time. It stumbles particularly in the third act with several moral crisis and moments where characters you’ve built some sympathy for act in ways we can’t quite forgive – or understand. The primarily reason to seek out Think of Me is the bold and brave performances – Lauren Ambrose is brilliant, and all too real.