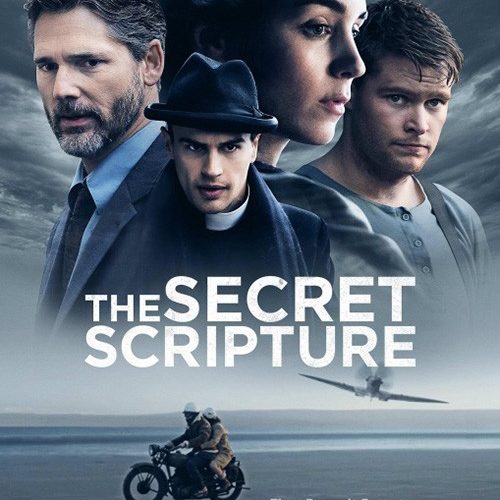 Writer-director Jim Sheridan has built a career off the plight of the Irish working class, with his best films (My Left Foot, In the Name of the Father, and The Boxer) all starring Daniel Day-Lewis. Lately, without Day-Lewis, Sheridan has been stuck in a rut of average American films (Get Rich or Die Tryin’, Brothers, Dream House) and yet I still had somewhat decent expectations for his newest work, The Secret Scripture. It does, after all, star one of the very best actresses working these days, Rooney Mara. As evidenced in Carol, Ain’t Them Bodies Saints, Her, The Social Network, and more, she can detail a world of emotions with just a glance at her piercing green eyes.

The Secret Scripture has Mara playing young Roseanne McNulty, a free-spirited Irish woman whose beauty lures every man in her small town, even Father Gaunt (as played by Theo James), who seems to want to relinquish his priesthood for a shot at love with Roseanne. She doesn’t want anything to do with it and instead falls for wounded soldier Jack McNulty (Aidan Turner). She shelters the wanted man as authorities search for him. Gaunt, knowing of McNulty’s presence, advises authorities, who then come to arrest Gaunt and kill him. That’s not all though: Gaunt also writes a letter to the looney bin, with the recommendation that Roseanne go to a mental ward due to “nymphomaniac” tendencies. Roseanne’s 40 year stay at the mental facility will be filled with abuse from nurses, a failed escape, and the supposed death of her newborn baby (which is Jack’s).

As the film jumps back and forth in time, accompanying the aforementioned Mara storyline — which is set at the turn of the 20th century — Vanessa Redgrave plays present-day Roseanne. A woman in her 80s, she ends up being visited by the chief psychiatrist of the hospital, Eric Bana, a man that tries to put the pieces of her puzzled story together. The plot structure is convoluted and all-too familiar, leaving almost no trace of originality or curiosity at the table.

With all that to consider, you’d also think Sheridan and Mara teaming up for The Secret Scripture, an adaptation of Sebastian Barry‘s beloved novel of the same name, could be a recipe for success. However, the result falls flat and all too conventional for the talent involved. The problem lies more in Sheridan’s direction than in Mara’s acting, which is to say that she does deliver another good performance here, but everything else does her talent a major disservice. Redgrave is also a stand-out, but the film feels like an Irish soap opera filled with moments that forcefully demand the audience to cry, get mad, and get riled up, and as a result, it perpetrates one of the biggest sins you can make when creating a feature film: a lack of subtlety. The end result is an experience that feels all too tidy and gift-wrapped.

To make matters worse, a last-minute twist does nothing to help the film’s impending fate. It worsens it, in fact, by being one of the more implausibly ludicrous turns to come around in eons. As if this misbegotten movie needed more flaws, it ends with a Kelly Clarkson song that puts a toxic exclamation mark for what we had endured for the past 100 minutes. It’s a mess that might seem genuine and well-intentioned, but gives out the feeling that its creators have lost touch with what made Barry’s book praised in the first place. One should not give up on Sheridan, but in making The Secret Scripture, he puts another nail in the coffin of his once illustrious career and does a grand disservice to honorably old-fashioned, tastefully artful novel.

The Secret Scripture is premiered at the Toronto International Film Festival and opens on October 13, 2017.