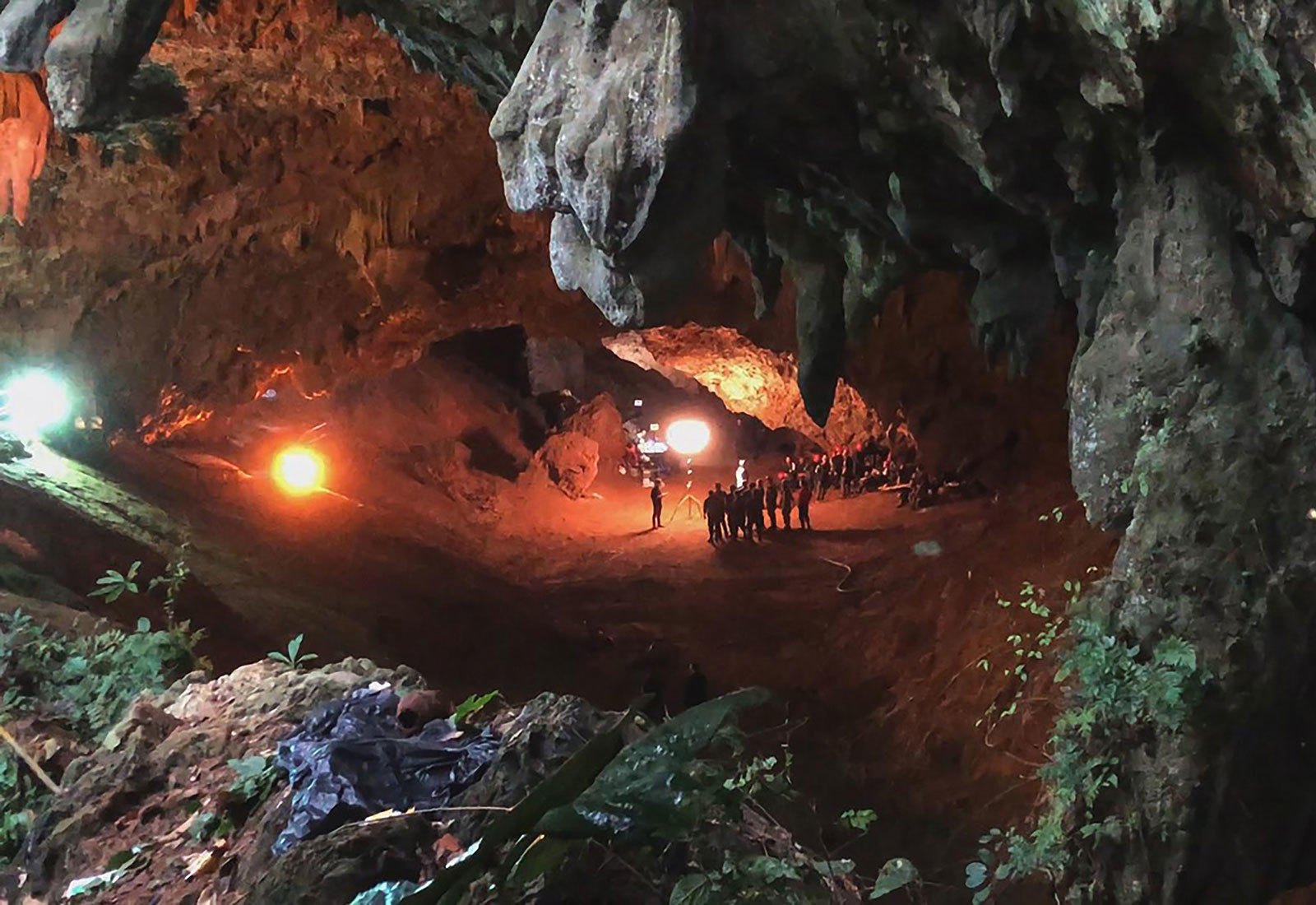 For the better part of 18 days between June and July of 2018, 12 boys and their coach survived in the Tham Luang cave in Thailand. The saga dominated the news cycle and their rescue became an international sensation. It spawned songs, countless awards, citizenship, and films around the globe. The newest of those projects, The Rescue, finds Free Solo documentarians Elizabeth Chai Vasarhelyi and Jimmy Chin working on another action-filled project, combining cave-diving recreations with constant footage of those planning the rescue.

The Rescue, which is being released by National Geographic, acts as a thriller even if its ending is already known. It hums along, helped greatly by the ticking clock of rising water levels, falling oxygen levels, and the faces of boys who somehow survived those 18 days. Focused primarily on the British cave-diving experts brought in to aid the recovery, it gives little time to the Thai Navy Seals and other volunteers who helped make the impossible a reality.

The film has to work, though, due to the dearth of footage and the obvious heroics of everyone involved. There’s no need for the directors to restructure this story or add in extemporaneous details. It’s a story of inspiration, sacrifice, and a coming-together, a decision made by hundreds of people around the world that they had a role to play. The documentary thinks that the specialized cave-divers saved the day, and so, they’re given the spotlight.

It exists in the same vein as Vasarhelyi and Chin’s Free Solo, ratcheting up the thrills through recreated diving sequences. The Rescue works because its narrative contains an endless amount of bravery and altruism, for which the directors shouldn’t receive credit. That lies with the heroes themselves.

As a documentary, The Rescue is largely fine, using interviews with cave-divers to tell the bulk of the story pre- and post-rescue. It lacks their imagination and severely hobbles from not including the kids’ perspectives. It can only do so much with the voices of these white European men, globalizing this effort and expanding the film in an attempt to reach all audiences.

This international event has caused a bidding war of rights, with Nat Geo getting the divers’ side and Netflix getting the kids’ experience. Narrative films have a place here, too, with Ron Howard’s Thirteen Lives already filming and Tom Waller’s The Cave being released in 2019. It’s an odd phenomenon, this race to tell a real-life story for a wider audience, eventually plopping these people’s experiences onto a streaming service. It shouldn’t trivialize the Tham Luang rescue—but it does, and there’s no reason to continuously retell an already incredible tale from only three years ago.

The Rescue remains thrilling, its re-enactments adding to the propulsion and keeping engagement (and focus) as high as can be. It all becomes a bit monetized, though, despite the heroics and subsequent emotions that inevitably occur. Vasarhelyi and Chin made another exciting, action-packed documentary. I just wonder if it was necessary.

The Rescue screened at the Toronto International Film Festival and opens on October 8.