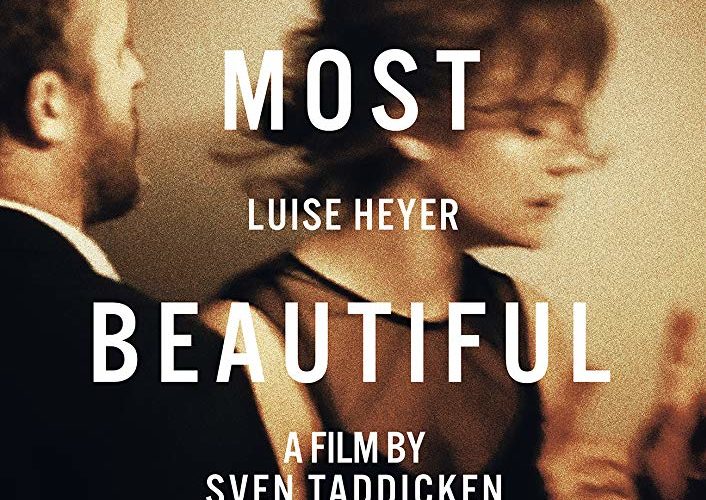 TIFF Review: ‘The Most Beautiful Couple’ Explores the Toxicity of Reactions to Trauma

It starts with a rape. I won’t lie: I sighed thinking Sven Taddicken’s The Most Beautiful Couple was going to end up another drama about coping and retribution like most others wherein Liv (Luise Heyer) struggles as Malte (Maximilian Brückner) protects. So it was a welcome surprise when we’re moved past this harrowing prologue to meet the couple two years later working, smiling, and possibly healed in a bid to forget. Not only that, but Liv proves the one who wants to celebrate upon returning home from her final therapy session. She’s the one who’s ready to officially begin this next chapter of their lives while Malte is left stuck in his head — guilty, embarrassed, and impotent.

Taddicken isn’t averse to the complexities of the situation as presented or the psychological issues that arise from it. Liv and Malte were on vacation, had sex on the beach, and discovered three young men had been watching. They laugh it off and return to their cottage only to find those boys had followed behind. Two are just in it for the scare, but Sascha (Leonard Kunz) can’t contain his sense of malice. By the end Malte is cut and hogtied with Liv immovable on the floor — both unclothed and silent as their attackers run off into the darkness. It’s a shared experience for the couple and a true example of strength falling prey to futility. And the aftereffects aren’t to be easily shaken or free from anger. Later in the film Liv speaks truth by contrasting their current situations. She admits they were in it together during the attack — both helpless to do anything to stop their assailants and absolutely beholden to their whims. But things are different now. He wasn’t raped. He doesn’t wear the same scars as her and therefore doesn’t get to dictate how she should feel or what they should do to overcome the pain. So when Malte happens to run into Sascha after so much time had passed, Liv rightfully denounces his actions. Her husband follows this man home to ultimately bring him back into their lives just when he’d almost disappeared. And it wasn’t for her benefit. His fear and shame drives him, a desire to reclaim his masculinity.

This is what sets The Most Beautiful Couple apart from other films tackling similar subject matter. It acknowledges the toxicity of our human reactions to trauma. Liv confronts the notion that she wanted to apologize for what happened, to forgive because she hoped her attacker felt remorse in his heart. And Malte wants to restore a lost sense of power. The man who made exhibitionists out of them on the beach suddenly found it difficult to make love with his wife at home, constantly thinking he’d been defeated by this stranger and needed to somehow prove himself. We watch as both become emboldened from knowing Sascha’s whereabouts and devastated at the same time. They mustn’t respond selfishly, though. If they do, they must become aware of the other’s needs too. So rather than have a revenge film pitting Liv and Malte against the specter of what Sascha is to them and who he is in private (with Jasna Fritzi Bauer’s Jenny as his girlfriend), Taddicken builds internal conflict within their minds. Sascha becomes a lightning rod that forces them to talk about that which they’ve yet to shed despite what they may have told each other. We receive warped dreams of a romantic nature from Liv as she reconciles what was done to her and taken away. Malte is shown in a boxing ring unleashing his frustration on a sparring partner because he’s unsure of what he can or will do to the object of his rage. Will this abrupt reminder of their horror strengthen or break them?

The responses are authentic in how they surprise us by going against the Hollywood norm. So often these characters don’t know what they are going to do until the moment they act. Nothing is premeditated besides the curiosity. Malte wants to know where he can find Sascha. Liv wants to believe that he does actually exist so close to where they live. They watch each other from afar with this unspeakable tragedy binding the trio together, compiling information to use as weaponry for what’s more or less a situation of mutually assured destruction. And we see who they are when they’re backs are against the wall without backup. Who will show remorse and restraint? Who will instinctively act against best interests to take his/her pound of flesh? Brückner and Heyer are unforgettable. The way he smirks when uncomfortable displays a deep-seeded contempt that predicts an explosion and how she uses the tools taught by her therapist to confront her feelings and not back down when his actions demean her sense of agency are inspiring. They’re working through a nightmare that would always nag at the back of their consciousness — one that already does as evidenced by an early misfire in romance. Until Sascha comes back to the forefront of their minds, they’re held in a prison that makes what happened an excuse to try too hard or not enough. The conflict therefore deals with what his reappearance brings. Will it confirm that forgetting is best or that punishment is their one chance for closure?

There’s no binary answer and both will stumble as they work towards their personal truths, but eventually a choice will have to be made. Eventually they’ll have to either go their separate ways upon realizing their love is just as much a reminder of that night as Sascha or quite literally implode their present selves to be born anew — emotional skin shed once and for all. It could honestly go both directions right up until the end and I wouldn’t have bought the drama or catharsis any other way. Actions have consequences and vengeance only continues the cycle in a forever-escalating manner of viciousness. What seems fruitful can backfire and you’ll never know until the fire is felt. Taddicken is willing to sacrifice everyone for the story’s truth.

The Most Beautiful Couple screened at the Toronto International Film Festival.