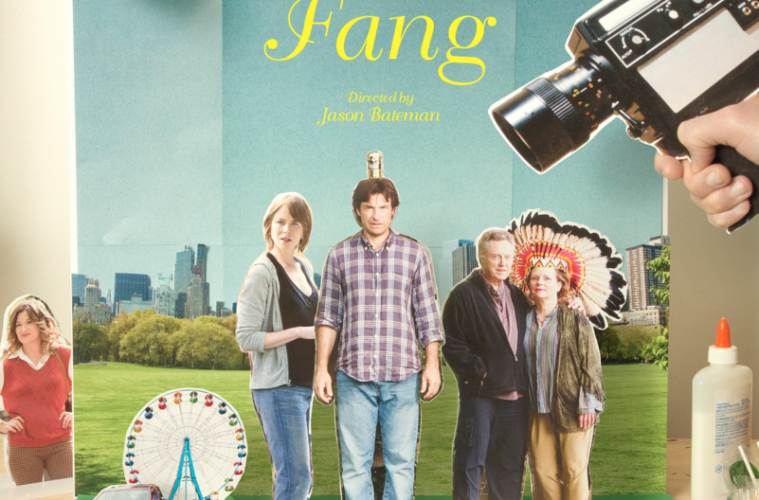 The Family Fang provides fuel for a future auteur study of its director Jason Bateman: haunted by his past as a child actor, his work in front of and behind the camera frequently explores the effects of childhood on adults as they struggle to move through life. Explored in Arrested Development, his directorial debut Bad Words, this summer’s The Gift, and even Juno, this theme has never been sharper than in The Family Fang. In a refreshing take on material that in another hands might have seemed pedestrian or cheap, Bateman has crafted an effective portrait of a dysfunctional family that’s not entirely unlike the Bluth Family. Rabbit Hole playwright and screenwriter David Lindsay-Abaire adapts David Wilson’s novel with a rich emotional precision and as funny as it is, the material takes the absurdity seriously.

Nicole Kidman and Bateman star as Annie and Buster, the adult children of famed performance artist power couple Caleb and Camille Fang (played in their golden years by Christopher Walken and Maryann Plunkett). Famous for live performances in the spirit of a darker Punked, the Family Fang obtained a cult status in the art world. Inspired by a rouge professor, the Fangs as a young couple (played by Jason Butler Harner and Kathryn Hahn) fear the performances may end when they become parents. Discovering the power that a crying child has to annoy a department store Santa, they cast their children as collaborators, a point that annoys Annie later when she’s asked if they will collaborate together. For old times sake they do, and Caleb hilarious grows frustrated when the stunt, admittedly a rather stupid one, doesn’t work in the name of good customer service. He blames it on the YouTube generation: his work was far more experiential than getting punked or garnering Daniel Tosh’s attention — it was about genuinely fearing for your safety.

Estranged from their parents as adults, the present finds Annie as a former indie darling, now mainstream star with some substance abuse issues from time to time, all of which Caleb and Camille find amusing as a kind of performance art all its own. Buster is having a difficult time as a writer two years past his deadline on his latest project. He takes a freelance magazine assignment and, crossing the line, he becomes a participant in a potato gun stunt gone wrong. Of course this is not her first rodeo; in the film’s opening moments we learn Annie and Buster once participated in a brutal stunt to rob a bank for the lollypops. That stunt ends in a shooting captured by an early 70’s-style GoPro that’s featured in a failed documentary, serving as a framing device for us and Annie as she searches for answers.

The Family Fang grows richer as it evolves from a family comedy into a mystery as Annie and Buster team up to uncover a history that includes a rouge teacher and the Fang’s influential art professor. The family, united in act one, is drawn apart when Caleb and Camille mysteriously disappear, leaving behind only bloody fingerprints. Seeking truth, Caleb and Camille don’t quite grow up or have a come-to-Jesus moment so much as they do resolve some essential issues. Bateman’s direction and Lindsay-Abaire’s screenplay refuse to compromise, masterfully mixing dark comedy and mystery, while Bateman, Kidman, Walken and Plunkett have never been better, mixing honest, bittersweet emotion in one of the richest and most eccentric films about a family since The Royal Tenenbaums.

The Family Fang premiered at TIFF and opens on April 29th.