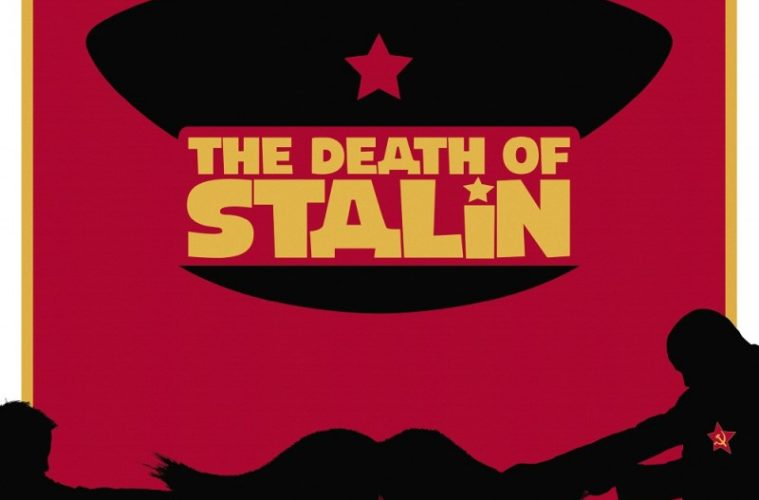 TIFF Review: ‘The Death of Stalin’ Raises the Stakes of Armando Iannucci’s Comedy

Armando Iannucci doesn’t make movies and TV about politics. He certainly features politicians and their endless petty squabbling and power struggles, but that’s adjacent to (though obviously entangled with) the real work of political organizing. Most notably, essentially all of the characters in the likes of The Thick of It, Veep, In the Loop, and now The Death of Stalin are politicians, but I honestly couldn’t tell you a single actual political belief any of them are stated to truly hold. That, of course, is a key part of Iannucci’s satire – that these conflicts are over power for its own sake and not for the betterment of anyone’s welfare, that this world is one of pure venality. Death of Stalin ramps this up to its purest form, depicting a sphere of government within which the will of the people is dismissed as irrelevant, and the stakes of political battles are not just jobs but life and death. Iannucci has said that he’s done with satire now that Donald Trump is president, but even this isn’t really satire. Who thinks that Stalinist Russia somehow needs to be taken down a peg? This film is a comedy set against a particular historical backdrop, but only a fraction of the humor is derived from the specifics of that setting, and most of those jokes don’t provoke much thought about the Soviet Union (unless there’s deeper wit to backgrounding casual dialogue with sounds of executions than I caught on to). There will almost certainly be thinkpieces comparing Stalin to Trump, making references to alleged modern Russian interference in Western democracy, or both, but those can be safely ignored as shallow. I truly can’t dig a stronger meaning out of this film than Iannucci and his collaborators simply spotting a story that seemed ripe for their brand of comedy and having fun with it.

And it is rather fun! The movie covers events slightly before, then during and after the titular event, as the various ministers of the Soviet high command find themselves jockeying to fill the power vacuum left by the departure of their country’s leader of 30 years. The conflict quickly shapes into one primarily between secret police head Lavrentiy Beria (Simon Russell Beale) and expert bootlick Nikita Krushchev (Steve Buscemi), with hapless puppet of a successor premier Georgy Malenkov (Jeffrey Tambor) caught between them. Each actor plays with champion-level passive aggression of keeping up a veneer of civility and reverence to their departed leader while also constantly plotting. Buscemi is the MVP of this, though Michael Palin’s return to the big screen as Vyacheslav Molotov is also most welcome.

Though Iannucci specializes in insult comedy, that comes off surprisingly weak here (the only jab I can recall off the top of my head is “You’re nothing but hair!” screeched at a particularly bearded doctor). But The Death of Stalin makes up for it with some sharp physical antics. Standout sequences include a harried radio director trying to get an orchestral performance to go through all over again because Stalin wants a recording they don’t have, the ministers trying to dodge the considerable puddle of urine around Stalin’s prone body as they first mourn and then move him, and everyone hesitantly raising and lowering their hands as they try to ascertain whether a peer is about to make a statement they’ll agree with. This is also a rare film which understands the comedic power of a good entrance, with Jason Isaacs in particular doing a transcendent one. This may be Iannucci’s weakest-written film, but it’s by far his best-directed one.

The Death of Stalin premiered at the Toronto International Film Festival and opens on March 9.