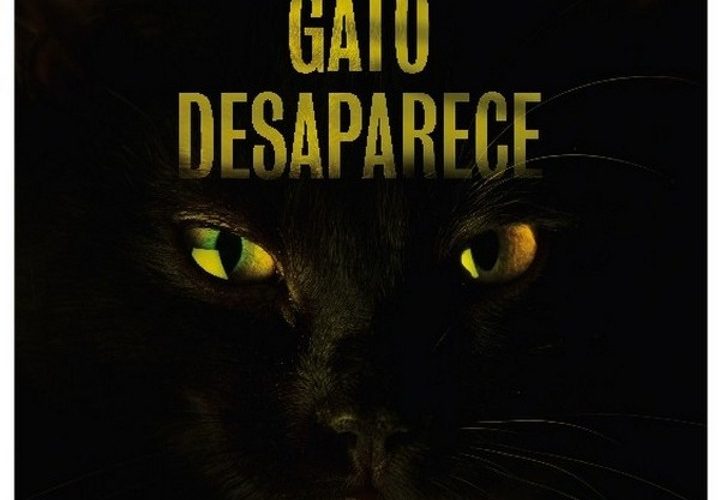 A psychotic break has fractured Luis (Luis Luque) and Beatriz’s (Beatriz Spelzini) marriage in El gato desaparece [The Cat Vanishes], playing at the Toronto International Film Festival. Proud parents of two, successful in life as a professor and translator respectively, and completely in love, they still prove ill equipped to handle mental instability. Brought on by the ceaseless toiling to validate his research and publish his magnum opus, paranoia sets in as ideas of sabotage begin to manifest. Accusations against his assistant at the university, Fourcade (Javier Niklison), are made while aggression takes hold. He beats his friend up in unjustified anger and then turns his violence onto Beatriz when the idea that she has been helping the traitor misguidedly appears logical. It is the sort of event that ruins lives, but Luis is lucky to find a second chance through psychiatric help, drugs, and compassion from those he wronged. The memory of unchecked and unprovoked chaos, however, is never easy to forget.

Argentinean writer/director Carlos Sorin never shows us these events, deciding instead to allow Luis’ doctors explain what happened as they make a case to release him back into the world. We hear a detailed and thorough account of the horrors in question while the director in control of discharging patients doodles in his notebook, making us believe they’ve seen worse. Brain and blood scans all come back negative as Luis shows remorse—everything pointing towards the conclusion he had a brief loss of control and it wouldn’t happen again. We don’t know how long he was in their care, but the nervous tension of Beatriz picking him up shows it was lengthy enough for her to become accustomed to an empty house. That’s not to say she isn’t excited to have him back, but there is a sense of dreadful caution behind her movements and constant offering of assistance. Where Luis seems ready to put it all behind him, his return only helps Beatriz remember what happened.

The majority of the film is shot in close-up so that we can see into the eyes of these characters. Like all good thrillers, it is our understanding of motivations that help invest us into the puzzle at play. We feel for Beatriz’s insecurity as she apologetically describes the changes she’s made to the house while he was gone, forgive her crippling fear from nightmares recalling the night her husband chopped through their bedroom door screaming to be let in, and understand her hesitance to blindly accept this is the man she loves. And on the flip side of the coin, we can’t help but see how tentative Luis is upon his return. He remembers what he did with full clarity and knows things need to take time before they can get back to normal. It’s an adjustment that renders sleep difficult, but with a wife who rightfully isn’t ready to rekindle a romantic relationship yet, all he has to keep him company during the night are his own thoughts.

There is something noticeably amiss during the drive home and things only get more uncomfortable as the story progresses. The look on Beatriz’s face when Luis leans out the car window to give a hypnotically talented mime money is unmistakable. It wasn’t something he’d normally do, sentiments corroborated later by a visiting student who admits this new man is more relaxed and less sarcastic than the professor be who taught him. Perhaps it’s all an act, overcompensating for his transgression as even the cat, Donatello, can feel something amiss. Hissing and clawing at his old master as though he were a stranger, it really seems as though Luis no longer exists—the world kept moving as time stood still in the confines of his hospital room. So he carries on and adjusts with the present, clearing away the clutter in his life and planning a retreat to Brazil with his wife. He’s making a concerted effort to rebuild, but once the cat is found missing, Beatriz can’t help but fear the worse.

She saw the anger in Luis’ face and heard the threats made when Donatello bounded out of the kitchen with his master’s flesh in his claws. The disappearance drives her mad as the nightmares amplify at the exact rate of her husband’s newfound calm. She begins to spy on her husband, fearing he did something to their pet and working herself up to the point his calling her name in the night causes her to run out of the house at four in the morning to find safety with their daughter. It’s as though Poe’s Tell-Tale Heart is pounding in her ears, the paranoia in wondering whether he was truly cured or not too hard to bear. And it all culminates into a frightening sequence as she wanders the house, following the squeals of a rat and the meows of her cat waging battle in the air ducts. The sound is so real and her fright so pronounced that it’s easy to think the fantasy holds deeper meaning than appears on the surface.

The Cat Vanishes is definitely a mood piece full of anxious suspense. Subverting the characters by making the crazy one’s sanity push the sane one’s psyche to the brink is a superb device and both Luque and Spelzini excel in giving the necessary nuance for such a reversal. We do meet Fourcade and listen to his genuine concern, believing his innocence; we see Luis’ look of love watching his son’s family brave the wild of Montana on tape, all rage suppressed by a combination of desire and pills; and we experience Beatriz’s slow descent into her own overactive imagination, risking make her forever fear the man she cares for most. Sorin gets us to believe a vacation is just what they need, dangling that carrot of happily ever after as the tension rises higher. And while the crescendo eventually ends in a whimper, the fitting revelation makes up for its rushed depiction. At first I felt cheated and misled as the credits rolled, but after more thought acknowledged the bittersweet parting shot to be a tonally perfect finish to a methodical, intelligent thriller.

The Cat Vanishes plays at the Toronto International Film Festival on September 10, 11, & 18.