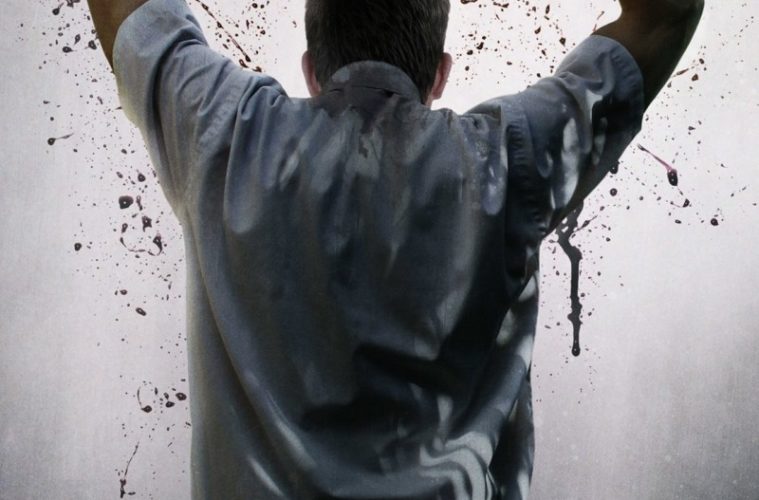 With the overwhelming presence of ideology on contemporary film criticism (this writer will admit that the majority of his festival coverage last year likely mentioned gender politics in some shape or form), it’s difficult not to look at a film, even one like Midnight Madness entry The Belko Experiment with some kind of “woke” perspective. Perhaps we have fuel for that fire when the film begins on the bustling streets of Bogota, the capital city of a second-world country naturally depicted as full of street vendors and animals. Of course, we soon locate our white hero, Mike (John Gallagher Jr.), who bears enough of a facial resemblance to a Wahlberg brother to pass as a leading man, but too small a physique to fulfill the alpha-male standard. This is not another stranger-in-a-strange-land narrative; he’s simply driving to his workplace in the city, which is also full of immigrated Americans (Colombia as setting possibly more dictated by potential tax credits than anything).

Once we settle into this secluded workplace, class rather becomes the dynamic as things move away from Mike to show the top, middle, and bottom rungs of this office, where everyone is generally pleasant to each other or at least passive-aggressively try to be. Not overplaying its hand in establishing the dynamics of this 9-to-5 setting, character relationships are set up in maybe thirty-second scenes, be it John C. McGinley’s aged bro-creeper peering at co-workers or Mike and Leandra’s (Adria Arjona) secret workplace romance. The mundanity is interrupted once metal doors slide down the windows of the building and a voice comes over the loudspeaker demanding that the employees kill or be killed. The boss, Barry (Tony Goldwyn), tries to maintain order, but as soon as the reality of the situation sets in, all resentment takes form and all public faces drop as the rich essentially eat the poor.

The impulse of the film is ultimately to see blood on the sterile walls and floor of an office building; cynically, we can see this as just an extension of the “rapping grandma” syndrome — but, being generous, there’s some vague political statement about class that doesn’t necessarily pertain to any period in time. Yet the problem comes with tone. Having been scripted by James Gunn and helmed by Wolf Creek director Greg McClean — remember, the 2005 Australian outback thriller bundled into the torture-porn wave? — there’s something of a tangible dissonance. The grisly grindhouse requirements may be met, but one can’t help but think, if done by Troma veteran Gunn (not known by anyone as a great formalist), it would bear at least a sense of not just horror but comedy. In the hands of McClean, the film’s violence feels often overwrought instead of fun.

Admittedly, the climax picks up a little in terms of the Grand Guignol by indulging in neon lighting and tableaux-like shots of desecrated bodies. Yet killing the momentum is a final confrontation between Mark and the puppet-master of sorts, as if it thinks we have actual interest in the inner-workings of the high-concept, and not just the images of a workplace (or possibly microcosm of the class system) under chaos.

The Belko Experiment premiered at the Toronto International Film Festival and will open on March 17.