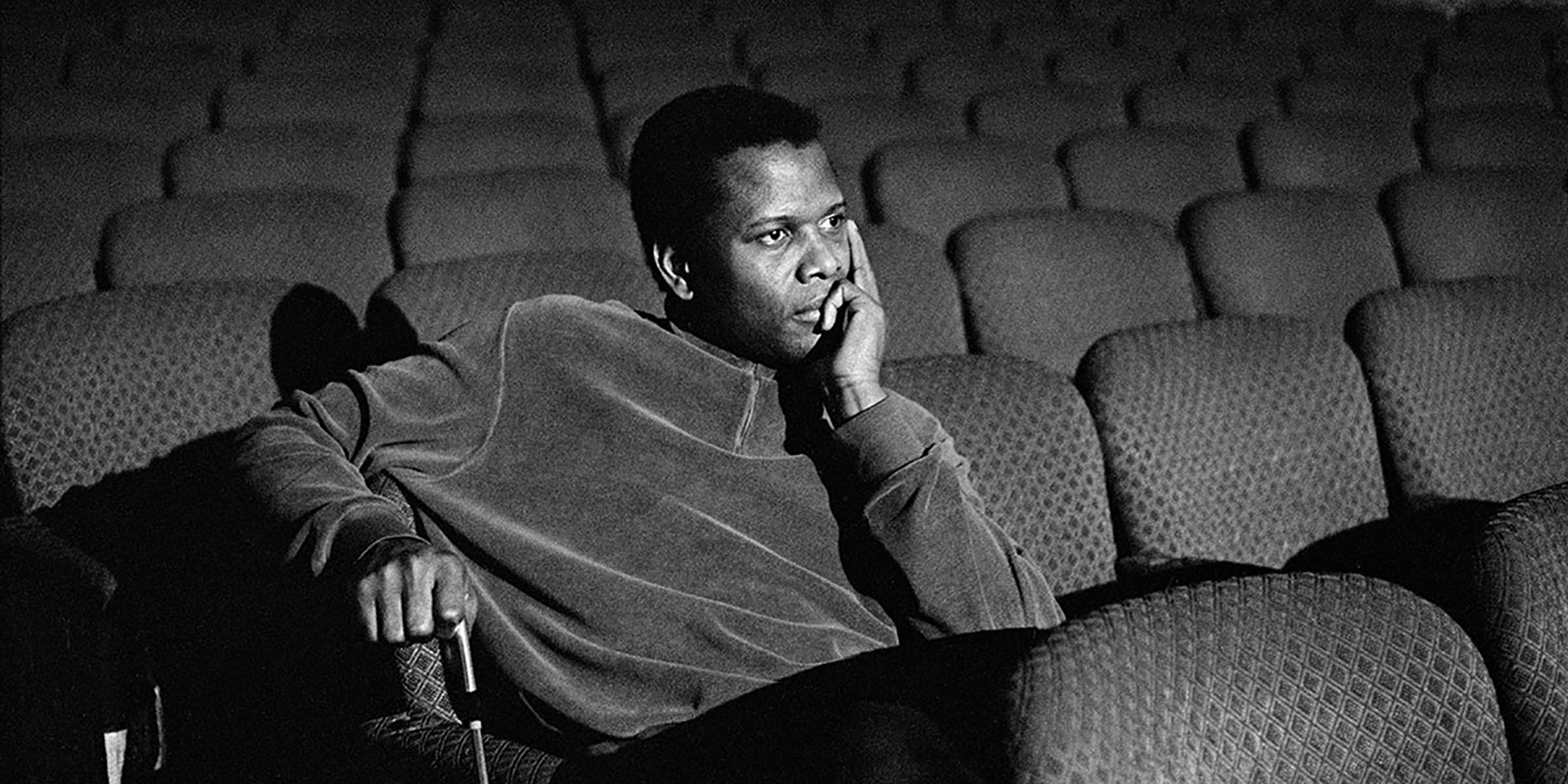 With Sidney Poitier’s own voice providing the narrative backbone to Reginald Hudlin’s documentary Sidney, we get to rediscover just what a wonderful storyteller he was. He speaks about his childhood in the Bahamas, his adolescence in Nassau, and the overnight culture clash of coming to Miami without realizing just what it meant to be a Black man in America—all with such emotion and drama that we can’t help hanging on his every word. A harrowing experience at the end of a police officer’s gun. The kindly Jewish waiter who helped him read better. The radio announcer he studied every night to lose his accent. And the outright rejection by a respected theater director when he greenly walked into an audition unprepared. They’re insights into an icon’s origins.

They’re also the early signs of how and why Poitier’s life and career would so closely parallel the Civil Rights movement—whether breaking barriers on-screen (leading films, slapping a white man, an interracial kiss, etc.) or standing to fight off it (refusing to sign a loyalty oath during McCarthyism, turning down roles that didn’t adhere to the values he learned from his parents, etc.). That’s the main throughline of Hudlin’s honorific document as written by Jesse James Miller: how Poitier became the most recognizable Black man in the world, leveraged that exposure to spark revolutionary change, and ultimately bore the brunt of an increasingly volatile movement’s ridicule that he wasn’t doing enough for the cause. As he told Oprah Winfrey once: you must only remain true to yourself.

It’s a sentiment that propels most of the actions talked about on-screen. It even helps to gloss over the sins that made him such a complex figure worthy of an expansive look into what made him tick. While Sidney is billed as being that, however, Hudlin never allows himself to really go there when it comes to daring to broach the subject of his fallibility. Whenever something like Poitier’s infidelity and divorce comes up, he’s not the one to speak on it. Neither is his first wife Juanita Hardy. That’s when the likes of Nelson George and Aram Goudsouzian arrive to provide carefully worded context that often all but sweeps the controversy under the rug; talk of love and struggle rise to the surface instead.

This isn’t because Poitier is beyond criticism. It’s because the film doesn’t seek to criticize. It would rather reduce the role of his mistakes to footnotes—the unfortunate consequences of allowing him to find his true love and a small price in relation to the fact that his six daughters were never neglected in the fallout. Rather than be a hard-hitting journalistic endeavor, Hudlin creates an expanded version of what we’d see play before someone receives a Humanitarian or Lifetime Achievement Award. It showcases all the good he accomplished, supplies all the love from famous contemporaries and acolytes, and maintains the sanitized likability his greatest champions admire and his vociferous detractors denounce. The film feeds off the unassailable reputation Poitier rightfully earned without any interest in challenging it.

That’s the choice the filmmakers made, whether you like it or not. The question of whether that choice is disingenuous lies with you, the viewer. Does Poitier deserve to have his life told in a manner that doesn’t scream “puff piece”? Yes. Does that mean a well-crafted and informative “puff piece” dealing with the historical implications of his successes, politics, and artistry can’t also exist? No. That this memorialization treats its subject with unabashed reverence doesn’t negate its power to move audiences or champion his rare talent and austere presence. That he hurt some people along the way doesn’t mean they have to hate him for it. Painting his portrait in a way that posited they did would conversely be dismissed as a “hit piece” anyway.

So you either embrace the back-pats or don’t. I personally wasn’t expecting anything salacious to be said—everything about the film screams lovefest. It’s about hearing Poitier’s account of his struggle to get to Hollywood and his struggle to never fold to its whims. It’s about hearing Denzel Washington, Quincy Jones, Halle Berry, and Barbra Streisand talk about what he meant to them. And about his daughters having a platform to speak to his nature and love, alongside co-stars like Katharine Houghton and Lulu sharing their memories of how important his presence was as someone pushing boundaries—even if the films themselves were normalizing Black lives for white audiences rather than speaking truth to power, like the filmmakers that came next. One doesn’t exist without the other.

Expect a breezy affair with good-natured laughter and low stakes. You’ll learn some things and remember others en route to watching as Poitier’s legacy is reinforced with a carefully curated mix of family and friends driven by the sole goal to immortalize their hero. And with a wealth of archival footage and film clips, we get to experience the participants’ indelible impressions while watching him grow onscreen both professionally and culturally—whether Oprah saying he changed her life winning his Oscar, Denzel joking about Harry Belafonte in the context of his lifelong friendship with Poitier, or Robert Redford being inspired to walk in his footsteps and wield his platform for change. Sidney Poitier has only been gone eight months. The more nuanced biographies will happen soon enough.

Sidney had its world premiere at the Toronto International Film Festival and streams exclusively on AppleTV+ starting September 23.