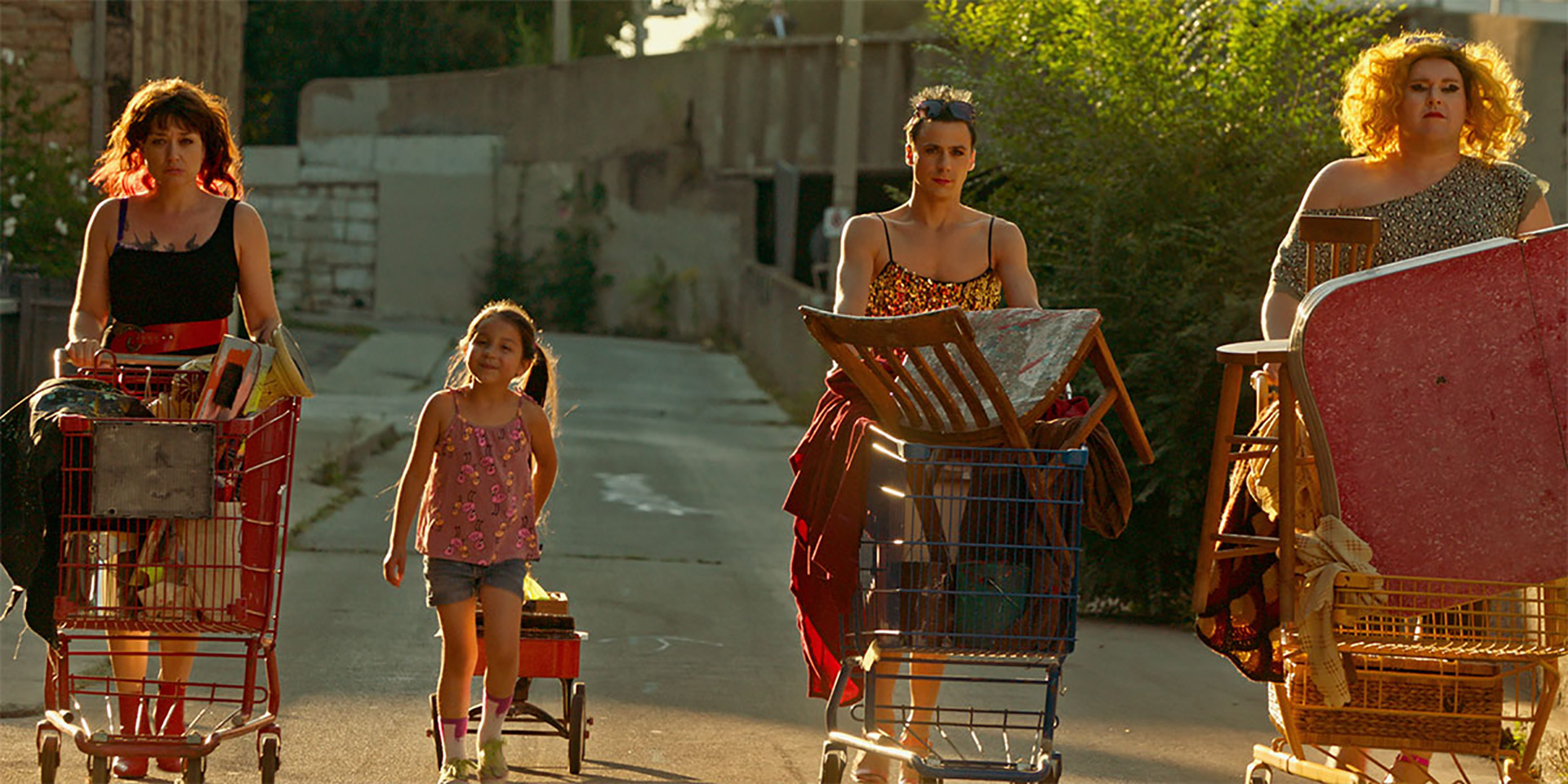 The last thing Frédérique (Melanie Bray) needs is another mouth to feed. She’s already sneaking out the fire escape to avoid her landlord and can barely hold down a job with her “passionate” disposition, so a child services agent (Josee Young’s Barb) dropping off a niece (Keris Hope Hill’s Rosie) she didn’t know she had proves quite the shock. More than needing to deal with the logistics problem, however, Fred also possesses a wealth of guilt and regret considering the reason the two have never met. Both she and Rosie’s mom, an indigenous Cree woman named Julie, were taken from their families, put in the system, and later adopted. Julie was literally stolen during the “Sixties Scoop.” And what did Fred do upon turning sixteen? She left.

Writer-director Gail Maurice won’t hold that against her. Julie didn’t. She wouldn’t have left a note with Rosie before her death saying to find Fred if she did. They were kids struggling to cope within a loveless household amidst the reality that they’d probably never see their biological families again. Nobody could therefore blame Fred for getting out or for worrying that doing so guaranteed she’d probably leave again. So, why not never show up? It’s easier said than done, of course, when you understand the alternative too well. Yet it still feels impossible to stay since she’s promptly fired and evicted, leading the pair to sleep in a junkyard under the auspices of “camping.” Everything is unraveling and the last thing Fred thinks she deserves is love.

But we all do; that’s kind of the point of Rosie. Love is all that matters regardless of your circumstances. Compassion for those different than you and empathy for those forced to endure hardships you may never know yourself. It’s not just about Rosie being an indigenous preteen and thus “unwanted” by potential parents looking to adopt in Montreal during the 1980s. There’s also Fred’s best friends Flo (Constant Bernard) and Mo (Alex Trahan): drag queens searching for the confidence and courage to stand-up for who they are regardless of the pressures that come from making that choice. And don’t forget a local panhandler (Brandon Oakes’ Jigger) and busker (Arlen Aguayo Stewart’s Janine) as two examples of indigenous people in Canada. This is an eye-opening education for all.

While it has its flaws and certainly wears its budgetary constraints on its sleeve, the message along with Hill’s adorably infectious nature ensure the journey is worth your time. Maurice isn’t looking to surprise you or rewrite the coming-of-age genre with her dual leads traversing the still unfinished landscapes of their identities at very different ages. She’s merely seeking to tell a tale from the heart that digs deep enough to provide characters too-often relegated into stereotypes a semblance of three-dimensionality. And by presenting it (mostly) from little Rosie’s point-of-view, the overly saccharine nature of the whole finds purpose. This girl is a lucky charm of sorts who oozes charisma and self-esteem until everyone around her can’t help but match her smile and verve for living without doubt.

Not that Rosie doesn’t have any. She’s an orphan who’s being forced upon an aunt that doesn’t want her. She’s hopeful and full of joy, but a heavy dread lingers beneath that surface too. It therefore means something when Fred absentmindedly leaves her alone without thinking about the consequences and when promising to never do it again only to inevitably let Rosie down. Having Flo and Mo take to her helps by acting as babysitters, friends, and family all-in-one, but none of this works unless Fred wakes up to the fact that she is worthy of doing what her own adoptive parents couldn’t. It’s a rocky road full of mistakes and bad decisions, but nobody’s perfect. Maybe Julie’s wish was really for Rosie to take care of Fred.

That’s the main through-line with a ton of side trips along the way. Will Mo get over her stage fright and take the stage of the local drag club? Will Flo attend the funeral of her mother—a woman who accepted her and stayed in touch even as her father kicked her out of the house—and if so, as a man or woman? And what role will Rosie’s presence play in both those subplots? You can pretty much guarantee it will be a big one—her introduction into this merry band of misfits is changing hearts and minds in ways none of them ever would have expected. Even so, it means something that she also has role models who aren’t white. Her culture still matters.

And just because Jigger lives on the street doesn’t mean he isn’t a worthwhile source. It’s no coincidence that he speaks Cree, Fred French, and Rosie English. To exist in Montreal is to acknowledge all three have their place within society no matter what bigoted citizens might like to believe. Maurice’s film is thus a veritable melting pot of language, culture, sexuality, gender, and economics. It’s a lesson to stop judging books by covers—even Barb, considering she does care about the children despite the institution she works for having a history that proves they didn’t. Bernard and Trahan are a lot of fun, Bray wonderfully toes the line between self-destruction and self-acceptance, and Hill is the glue holding them together to ensure they all continue growing.

Rosie had its world premiere at the Toronto International Film Festival.