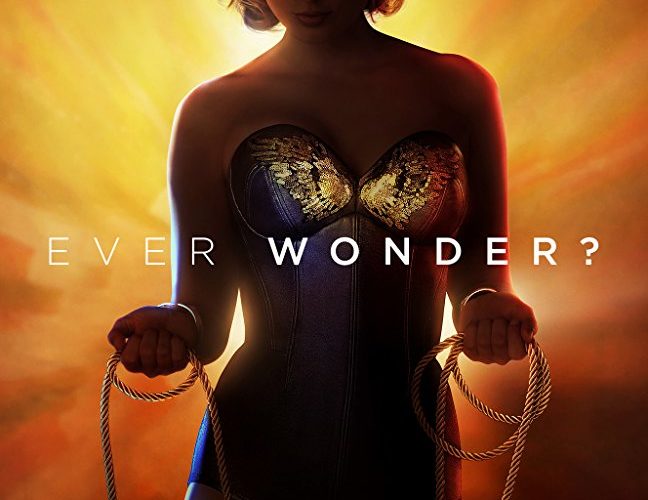 Many probably don’t know about the man who created Wonder Woman. It’s not a surprise considering the decades it took to finally bring the character to the big screen despite a popularity that rivals her male Justice League counterparts. He wasn’t just some writer cashing in on the superhero craze spawned by neither a successful run of Superman nor a rags-to-riches story of an unknown. No, Dr. William Moulton Marston was a psychologist, Harvard PhD, professor, and inventor of the lie detector. He was a feminist who married his childhood sweetheart and equal both privately and professionally and developed the concept of DISC Theory—a behavioral assessment tool breaking down human behavior into the four categories of dominance, inducement, submission, and compliance. It’s upon this theory that Wonder Woman stands.

You shouldn’t therefore be surprised to learn the comic was under fire by decency committees declaring it a subversive vehicle to expose children to BDSM sexuality rather than the themes of empowerment it actually wielded beneath such prudish prejudices. This fight against censorship serves as the backbone to writer/director Angela Robinson’s (of D.E.B.S. fame) Professor Marston and the Wonder Women. By pitting Child Study Association of America Executive Director Josette Frank (Connie Britton) against Marston (Luke Evans), she’s able to contextually explain the unorthodox lifestyle the latter led before finding himself out of the classroom and onto the cover of a pop culture phenomenon. Robinson highlights the “lewd” comic frames on trial and flashes back to the historical significance of their integral presence on the page.

One must go back to Marston and his wife Elizabeth (a stellar Rebecca Hall) teaching at Harvard sister school Radcliffe to discover why he created the comic as intentional psychological propaganda for children. That’s where they developed the lie detector and met a beautiful student named Olive Byrne (Bella Heathcote). William falling for her was inevitable, but the budding romance between she and Elizabeth was not. Their professional relationship soon spills into their private lives, the love shared between the three far from destructive, oppressive, or wrong. Even so, others still see it that way when it’s easier to label good people deviants than understand their differences. Lives are ruined and truth suppressed. Calling the trio “superheroes” for sexual enlightenment would be hyperbolic, but their survival necessitated secret identities nonetheless.

This is the film’s dramatic hook: a polyamorous relationship during the 1930s. We’re talking children from two mothers cohabiting in one house. Lies must be told to keep up appearances, the kind that inevitably fall apart. A war between heart and mind begins to wage within Elizabeth—her trajectory ultimately proving the most complex of all. Despite her feelings, she knows what it means to be a pariah. Despite being smarter than her husband, her gender prevented equality outside their home. Her teachers were the same as his but her degree lacked the Harvard seal. That type of slight is nothing compared to what happens if she’s outed as bisexual. Was it worth the risk? Could she allow her heart to lead her onto a path that could destroy everything she built?

Elizabeth is therefore the skeptic in this adventurous romance. As William looks to reclaim legitimacy, he starts seeing DISC Theory in action everywhere, mostly via pornographic imagery. So he gravitates towards its content with Olive in tow, thus making Elizabeth our stand-in to learn about submission and dominance beyond the “kink” society continues dismissing it as. The evolution taken to embrace what William and Olive want opens the idea that she wants it too. But as they grow closer and bolder, the structure of their love has much farther to fall. That which gives freedom becomes that which imprisons. From here it’s a matter of whether or not they can adjust to the world seeing behind their mask. Does losing their secret identities give them power or does it steal it away?

The story of their lives suddenly takes on deeper meaning besides Wonder Woman. Now it’s an example of being true to oneself beyond the gaze of an ignorant, bullying populace. The Marstons arrive onscreen as role models along the still-fought journey to remove certain stigma that shames people through their inherent sexuality. We acknowledge if not embrace the benefits of their lifestyle and the depiction of bondage and truth in William’s comics to expose young girls to the possibility of owning power and young boys to the notion that it isn’t a sign of weakness to relinquish that which society unjustly deems is their birthright. By making topics holding negative connotations pleasurable in a venue meant for children, Marston was positioned to supply a new generation with the tools to topple the old.

So while Robinson’s film does fall into the usual trappings of biopic beats, its subject can’t help but transcend them. She shines a light onto the identity struggles so many face today and presents an unconventional life as healthy and, dare I say, normal. Her script allows profanity to fly free not as a means of provocation, but of uncensored intelligence. It showcases sex in a female gaze both with a man and a woman, letting the truth of who the Marstons were exist above polygamy stereotypes or assumed abuse. Very often it is Elizabeth or Olive who wields control—William beholden to their desires and allowance as far as following their hearts rather than fears. As he says early on, together they are the perfect woman. Diana is an amalgam of both.

The timing of the film’s release couldn’t be better with the Wonder Woman brand hitting greater heights than ever before within a country constantly moving towards the open-minded gender politics the Marstons supported. Parents will be leery as far as letting their Wondey-crazed daughters watch considering the R-rating, nudity, and sex, but I’d argue they’re exactly why they should. Robinson hasn’t only told the Marstons’ story, she’s delivered it through William’s template. As his comic unabashedly put practical uses of DISC Theory onto the page, Robinson follows suit onscreen. Her subjects epitomized its psychology and through them she posits sexuality as a positive force. At the end of the day what you do in the privacy of your home is your business. Those who think otherwise need this re-education.

Professor Marston and the Wonder Women premiered at the Toronto International Film Festival and opens on October 13.