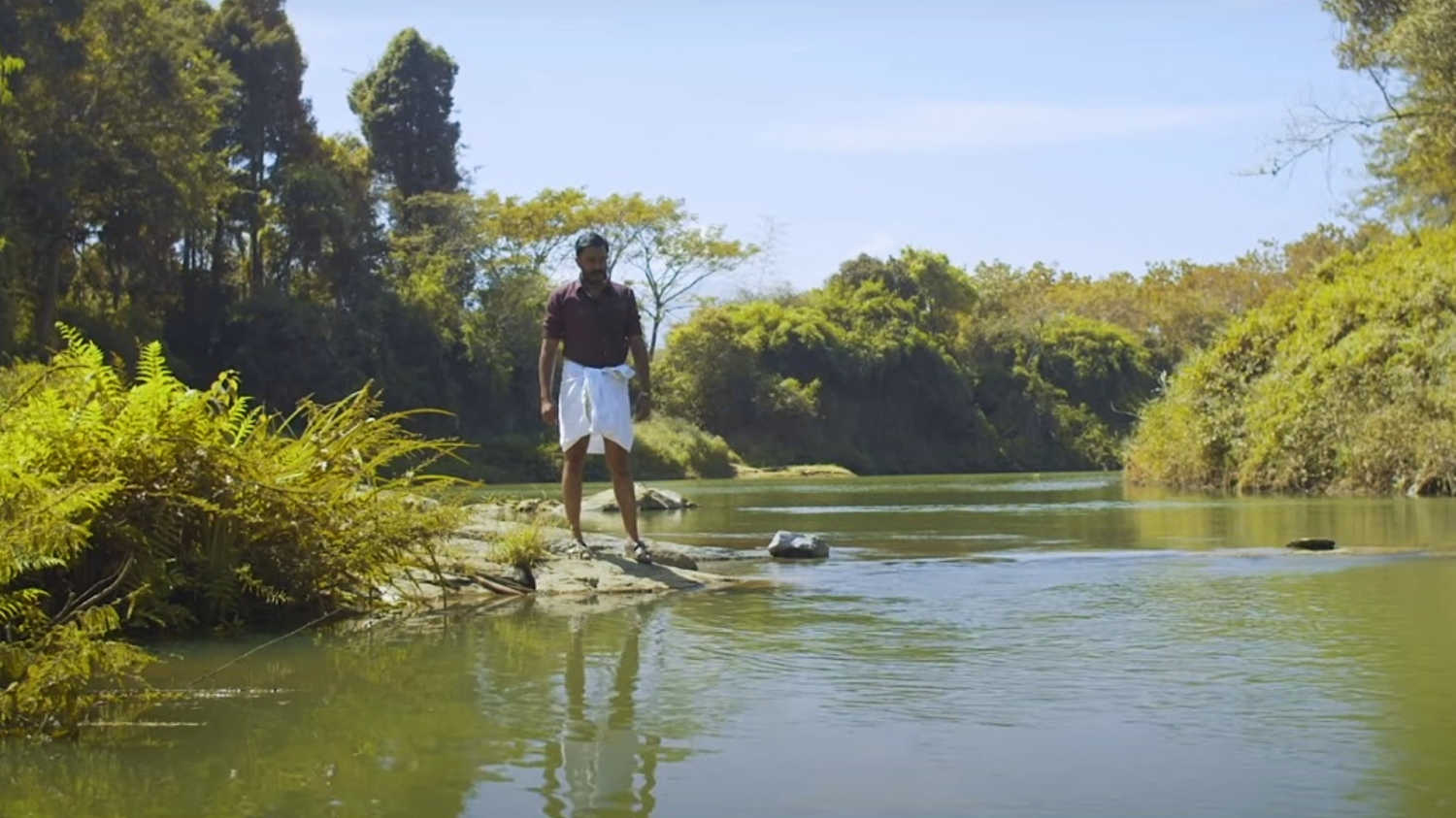 On the basis of filmmakers like Lijo Jose Pelliserry, Salim Ahmed, Jeetu Joseph, Dileesh Pothan, Geethu Mohandas, and Rajiv Ravi, the state of Kerala (of which the official language is Malayalam) has produced by and large India’s best output over the last decade. If the premiere of his film Paka (River of Blood) is any hint, we may end up adding sound-designer-turned-filmmaker Nithin Lukose to that illustrious list. His first venture into directing and writing has plenty of the religious, historically rooted elements and intra-family discords Kerala’s cinema has often explored, especially in the rural areas of its state.

Paka begins with a superimposition explaining a generations-deep feud between two families who migrated to the region’s hinterlands. Said feud was borne from a dispute over a woman and has lasted for decades, ending up in the killing of several prominent members of either family and their disposal into the Johnson River. Returning from his prison sentence, Kochappan (Jose Kizhakkan) hopes to end this feud. But the rival clan still seeks revenge from Kochappan’s supposedly accidental killing of one of their own. The two families find a Romeo and Juliet situation between them when Anna (Vinitha Koshy) and Johnny (Basil Paulose) decide to get married, but the question remains if this romance can bring sides together.

While Lukose’s techniques—even the sound design for which he is an expert—don’t match the kinetic energy of Malayalam cinema’s best films of late, namely those from Lijo Jose Pellisserry and Rajiv Ravi, he still finds intensity in characters. The film’s most powerful performance comes from Nithin George as Joey, the hotheaded and drunkard brother of Anna with a blood feud for Johnny. His enunciations and sharp delivery make every word cut; in the several drunk sequences where he threatens to kill Johnny, we get the same force that Malayalam cinema’s most memorable crazy goons (e.g. Ganga from Kammattipaadam) have made a signature style of its crime and action cinema.

Joey and Johnny’s furious feud takes a terrifying effect on their respective sons, who we see become more and more inclined towards violence and hatred. Lukose navigates how rivalries that bear traumatizing violence are handed down from one offspring to the next, the force of will necessary to stop it, and the fabric of hatred sewn deep enough to keep it going. In Paka, the gears that churn vengeance transcend the planar reality and simply become tradition. Death is a mindless, constant cycle, and people become enamored with the idea of revenge being beyond any Earthly pragmatic value to a divine right.

Like many areas of Kerala, Christianity plays a large role in societal traditions—the result of Portuguese colonialism giving us names like Jose, Johnny, Anna, etc. Throughout there is symbolic, religious imagery that ties intricately with village life in Kerala. Crosses and pictures of Jesus hang besides a lineage of murdered relatives decking the halls of both families. The most prominent Christian symbolism running through Paka is the river itself, with the water slowly being turned to blood by the bodies dumped into it for generations—a dark reference to one of the ten plagues.

The eldest sons of each new generation are always the first to be bestowed with the burdens of carrying this hatred forward. Johnny’s oldest, Varkey, is given a dagger as a family heirloom, and his grandmother warns him “there are enemies everywhere, don’t be weak.” Masculinity is an obvious aspect of any film that deals with action and violence, and in Paka the blood of and by men is a hereditary trait. Lukose incorporates aspects of Kerala’s culture and flips them to question the roles of religion, family, and gender in carrying traditions forward. Its most stark, disturbing point is perhaps in the way these traditions, over time, simply become a routine—like the molecules of blood becoming inseparably incorporated into the river’s tides, the thirst for vengeance becomes part of a family’s DNA.