TIFF Review: No Bears Is a Curb Your Enthusiasm-Esque Act of Defiance By Jafar Panahi 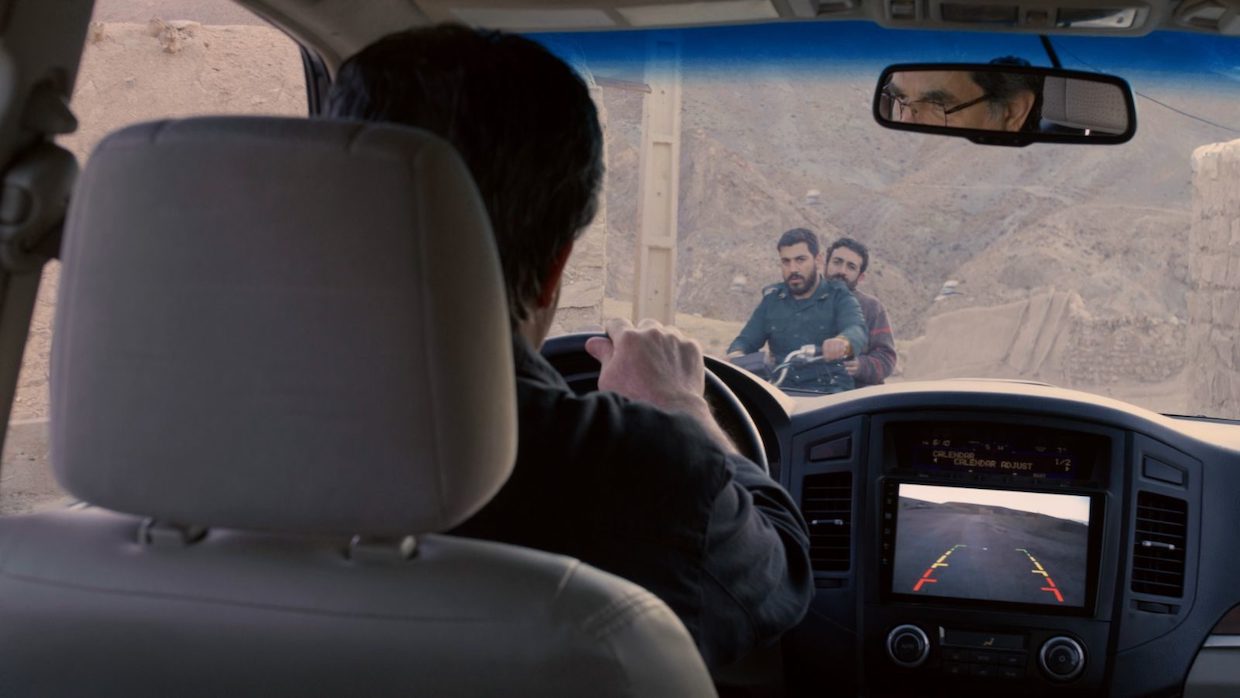 Jafar Panahi’s career can now be split into two distinct sections: his work prior to an initial 2010 arrest amidst Iran’s Green Movement, and his creative response following that. The latter, ongoing now but complicated by a new six-year prison sentence he has just commenced, constitutes one of the stranger and more miraculous stretches of work for any internationally renowned filmmaker. It’s a period, beginning with 2011’s still-revelatory This is Not a Film—famously smuggled out of Iran and to Cannes on a USB stick inside a cake—that found Panahi working prolifically while attempting to evade detection and further punishment by the authorities—these two currents fusing to engender international solidarity for a predicament putting his life, let alone freedom, at risk.

So here we are in late 2022 and the situation is terminal, though we mustn’t forget the shoots of hope from his son Panah’s burgeoning film career and success with Hit the Road; this new filmmaking dynasty perhaps has a different meaning compared to the US, where it might be associated with nepotism. Instead it provides—here that word is again—solidarity and creates a certain lively conversation that can be conducted across various new work, all the while providing further intrigue for our propensity to read art autobiographically. And indeed it is here, in No Bears, where the notion of emigrating out of Iran under the cover of darkness—which has featured in no Panahi Sr. film prior—gets an airing after providing the dramatic crux in Hit the Road.

Next month HBO will broadcast the anticipated Mike White-created anthology series The White Lotus: Sicily. One of the greatest appeals of No Bears—which is showing at the Venice, Toronto, and New York film festivals following his latest arrest—is that it feels like Curb Your Enthusiasm: Panahi or Curb Your Enthusiasm: Jabbar, after the northwestern, sub-200-citizen Iranian border village it takes place in. After Panahi’s by-necessity leading roles in his work from This Is Not a Film onwards, the man has really grown into his screen presence; he even now has Larry David’s gait and smart-casual wardrobe, pootling his way into all kinds of trouble from the smallest social misunderstandings.

Very much like Curb, rather than anything of fatal consequence happening—which you might see in the work of Panahi’s contemporaries Asghar Farhadi and Mohammad Rasoulof—some quite hair-raising drama is rather created by the foibles and short-temperedness of adults who should maybe know better. At the outset of No Bears, Panahi is staying under the radar at a guest house in Jabbar, remotely directing a film across the border in Turkey: the brilliant 360° opening trick shot takes us from that locale—a striking surprise given the female characters’ lack of head-covering—to our man supervising the changes in mise-en-scène from a laptop video feed. Perhaps he could “ghost-direct” from Tehran, but the proximity is better for the wi-fi signal, and local trafficking routes allow him to meet with his AD Reza (Reza Heydari) for rushes and in-person feedback.

Yet also catching his attention are the local comings-and-goings in Jabbar, captured in a manner familiar to Panahi work like Three Faces, as well as his late mentor Kiarostami’s The Wind Will Carry Us (although not as deftly as that); a dispute regarding an arranged marriage is taking place, with the director accused of surreptitiously taking a photo of the bride kissing a third-party—her real love. This detail also overlaps with the Turkey-set feature he’s attempting to make about a couple emigrating to Europe with counterfeit passports, and the disintegration of their mutual trust.

Panahi’s interaction with these various players goes from accommodating and amenable to him triggering discord that will threaten all of their wellbeing. So while we don’t see anything as grave as an arrest or a direct sense of the state’s authoritarian might, the micro-aggressions and dents to personal pride, familiar from Curb, augur something doom-laden for everyone. The director’s bravery and ingenuity—by continuing to create new work, advocate for himself, and also entertain us—remains an utterly inspiring thing.