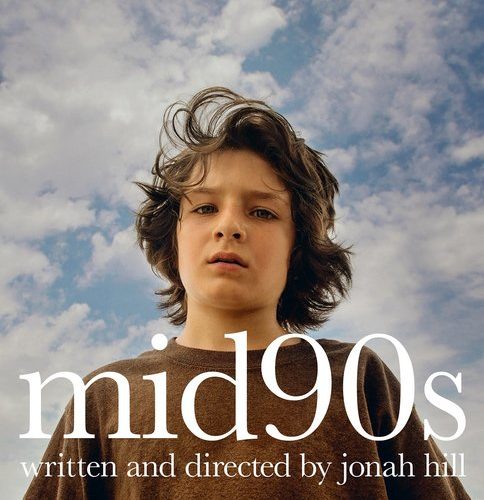 TIFF Review: ‘Mid90s’ is an Authentic Look at Growing Up That Occasionally Rings Hollow

The summer between middle school and high school is a formative one for any kid. There’s this sense of moving away from childhood and towards young adulthood — of needing to act older to fit in considering the pecking order has restarted with you down at the bottom. Factor in a sibling who’s already gone through this transition (living to remind you of this fact with his penchant for brutal abuse you’re too naïve to realize is his own insecurity seeking an easy target to work out aggression) and your desire to evolve becomes that much more potent. Now is the time to be cool. Throw away those TMNT bed sheets and reinvent yourself as a skateboarder despite knowing nothing about how to begin riding. Image proves everything.

This is the point in which first-time feature film director Jonah Hill introduces his thirteen-year-old lead Stevie (Sunny Suljic). Well, it’s where he’ll be pushed after taking a pummeling from older brother Ian (Lucas Hedges). This dude is hitting the kid like a ton of bricks with sound effects that move beyond amplification into some unholy carnage of twisting metal and animalistic force. It’s as though Hill wants Mid90s to leave its mark on anyone in the audience who remembers that same sort of damage, working to rekindle some latent sense of PTSD from grade school bullying you thought you’d left behind. So of course Stevie would want to increase his credibility. Why live in fear when you can join those who can instill fear in him?

While this isn’t quite the reason Stevie gravitates towards Ray (Na-kel Smith) and his crew, it is a welcome side effect. The reality is closer to his simply wanting to be included somewhere. Being 90s-era Los Angeles, what better scene to grow into than skating? Watching Ray, Fuckshit (Olan Prenatt), and Ruben (Gio Galicia) shred concrete everywhere they’re forbidden to ride while Fourth Grade (Ryder McLaughlin) films their stunts proves a religious experience for this teen. You can almost credit Ian’s unbridled violence as a means for Stevie possessing the confident fearlessness to enter the Motor Avenue skate shop they hang inside without an invitation. From wallflower to tentative mascot, he soon rises through the ranks to earn a nickname (Sunburn) and respect from their de facto leader.

The rest is summertime fun: running from the police, smoking weed, drinking booze, and rounding third all without worrying his mother (Katherine Waterston’s Dabney). She can only stay in the dark so long, though, her justified mothering pushing him further away. Couple that with Ian’s jealous rage pointed his way and it’s no wonder Stevie is willing to try tricks well beyond his expertise. He’ll be a legend if he somehow successfully lands them. And if he falls hard on the pavement (tell me that he doesn’t get at least two concussions during the course of this film and I’ll tell you I’m Santa Claus), his legend becomes even stronger. More than confirming he’s “a man,” however, these licks are taken as a means to feel alive. It’s in this spirit that Mid90s loses me a bit. Suljic is an absolute delight with an infectious smile oozing the sort of authenticity you generally only see in reality. I loved his excitement whenever crossing the threshold of another act for which he’s way too young because he lights up like he probably hasn’t in years. So why is he engaged in a cycle of self-harm? Why is Ian perpetually itching for a fight whether physical (Stevie) or verbal (Mom)? We can assume it stems from their father being out of the picture and Dabney’s rather cavalier attitude towards honesty when it comes to talking about new suitors. Add some growing pains to the recipe and you’ll definitely earn hostility, but this display goes above and beyond.

The screaming matches are so intense that they can come off as silly — something I’m certain Hill was not intending. I think Hedges’ performance will be underrated as a result because he’s doing so much with a character we know absolutely nothing about. The micro-expressions he supplies along with some whiplash-inducing emotional mood swings are so good and yet they seemingly arrive without build-up or context. So here’s this character positioned to be a colorfully two-dimensional foil to Stevie on the home front that delivers these powerful scenes too often disposed of before there can be payoff. It’s as though Hill wrote a much longer script and decided to ultimately pare everything down without realizing just how hollow he was rendering supporting players in the process.

It happens with Ruben too and the obvious allusion to his rough family life that’s never actually investigated besides an off-hand reference towards the end during a heavy-handed climactic bit of monologuing on behalf of Ray. So much of what we’re shown is meant for laughs that we forget what’s bubbling below the surface, distracted from it by the electricity of their friendship — itself distracting them from their own realities. On a pure abstract level that type of storytelling is commendable, but doing it successfully in just over 80 minutes while focusing so intently on Stevie can never give it the necessary room to breathe. We therefore let the others fall to the wayside until their fallibilities are ready to finally serve their purpose by affecting the lead.

A lot is therefore left on the table and it’s a credit to these actors’ naturalistic performances that I cared enough to notice how much. The psychology behind Ray and his friends’ relationship is much deeper than we’re shown and it left me wanting more despite Stevie’s satisfying arc (save the misplaced anger we’re asked to take at face value). Watching Suljic have a blast with 90s music blaring over the visual nostalgia of film grain and full frame aspect ratio is enough to enjoy every second spent with him, but Hill underestimates the others’ appeal. I want another film depicting Ian’s undeniable pain and another showing Ray and Fuckshit’s gradual separation on the road of life. Stevie’s tale is fun, but the real drama lies with them.

Mid90s premiered at the Toronto International Film Festival and opens on October 19.