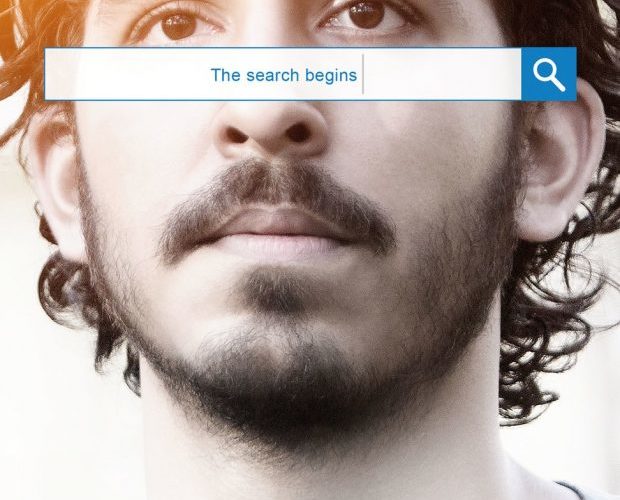 Garth Davis‘ directorial debut Lion is based on a true story. The film makes sure to tell us that at the very beginning of the movie — just to remind us that whatever we’re about to see in front of us were real events inspired by real people. We first see the main character of the film, Saroo, at all but five years old, wandering the streets of central India by helping out his mom, a rock carrier, and his brother, the man of the house. In a random, but realistic, turn of events Saroo ends up on runaway train and gets lost thousands of kilometers away in the streets of Calcutta. The first half, all in Hindi and Bengali with English subtitles, is dynamite, encompassing an exotic world far away from us that nevertheless feels all too intimate and relatable. Saroo is a tiny fella and he ends up surviving many dilemmas by simply doing what he does best: running.

After a stint at a nasty, abusive Calcutta Orphanage, Saroo ends up adopted by an Australian couple in Tasmania. The film goes forward 25 years later, the memory of Saroo’s real family still looming in his head, he opts to find them by using something as simple as Google Earth, and this is where the drama starts to struggle. If the first half is an indelible treat and gives one high hopes that a film delicately placed in the awards season will in fact meet its steep expectations, the second half is troublesome and falls flat.

Sara’s adoptive parents are played by Nicole Kidman and David Denham in roles that feel formulaic and cliched. Dev Patel plays the grown-up Saroo, but his performance is overshadowed by Sunny Pawer, the actor playing his younger self. Pawer, a first-timer, is exceptionally natural and carries the film admirably well in the first hour.

Back to present day, Patel’s Saroo falls for Lucy, a wide-eyed beauty as played by Rooney Mara in an underwritten role that doesn’t take advantage of her exceptional talent. Fitting all too comfortably in The Weinstein Company mold of awards-geared dramas, the film follows a conventional family drama trajectory in its second half. The psychological dilemma Saroo faces takes up much of the remaining running time, but it never feels urgent. Sure, it’s hard not to feel something by the film’s conclusion, but the manipulation involved seems rather pedantic, never fully investing us in the plight of Saroo.

After stunning work on Top of the Lake, Davis’ talent feels hammered down by Luke Davies‘ screenplay adaptation that ultimately meanders around until it comes to a lackluster halt. His direction is nevertheless stellar and somewhat elevates the formulaic material, aided by one of today’s great cinematographers, Greig Fraser (Zero Dark Thirty, Foxcatcher, Killing Them Softly), who uses the stunning exterior locations to his advantage.

This is no doubt a fascinating story to tell in Lion, but the potential is never met. Despite its promise, the drama ends up feeling like one big Google Earth advertisement with no sense of culture whatsoever. If anything, pending stronger material, it does prove the director has a bright future ahead of him.

Lion is currently playing at the Toronto International Film Festival and opens on November 25.