TIFF Review: Joyland is a Tasteful But Passionless Family Drama 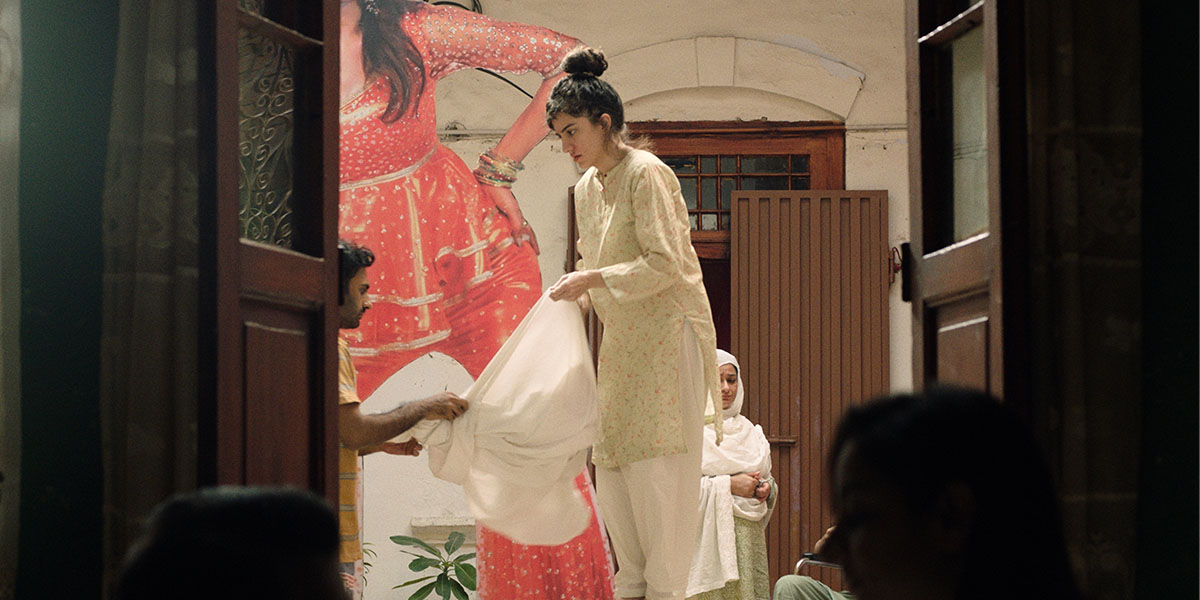 Another example of a tasteful but passionless festival film, Saim Sadiq’s feature debut Joyland errs on the side of arch family drama when its most interesting aspects remain almost in the periphery, promising a much better film. Simply put, what seemed like a modern iteration of Josef von Sternberg’s The Blue Angel should have a little more spice, though sadly such comparison might just be the exact projection a critic makes when frankly bored by a film.

In this modern melodrama we find, residing in the Pakistani city of Lahore, the Rana family, who (while dysfunctional) remain a tight unit. But the most problems arise with our lead, the son Haider (Ali Junejo), who can’t stop getting himself into trouble. Early on, asked to kill a goat to prove his place as a man by his quietly intimidating, wheelchair-bound father (Salmaan Peerzada), he falters and his wife Mumtaz (Rasti Farooq) quickly jumps to the task, emasculating him in front of the entire clan.

While expected to produce a boy for the family after the birth of their daughter, other pressures arise in the family home—compounded by the sweltering heat in the city. So looking to earn money to help pay for an air conditioner, Haider finds a job as a background dancer at a local theatre where the main act is the transgender performer Biba (Alina Khan). Embarrassed to admit what he does to his traditional-values family, Haider soon runs even more afoul when he begins to be obsessed and eventually falls in love with Biba, distancing himself further from the conservative Pakistani standards upheld by suffocating relatives.

Shot in the square 1.37:1 aspect ratio, which the director would likely cite as representing how the characters are boxed in by society or their circumstances or whatever, it’s still maybe the most interesting formal gambit in a work covering too much familiar territory (e.g. just placing the camera behind a character’s head to signify some kind of artful distance). And where Joyland could’ve stood apart was in its actual dance sequences, but largely foregoes them as if the film is almost as ashamed of that milieu as its lead. While one seduction between Haider and Biba in her apartment, lit by gaudy room lights, shows the potential for a sexy milieu, one should otherwise expect to see more hand-held and naturalism—the tradition of quality for serious festival fare.

And while not to accuse the film of simply using its trans character as a prop, Biba’s presence could definitely be heavier; she’s a far more interesting figure than just being another placeholder for toxic patriarchy in Haider’s family. The call of responsibility hanging over Haider is likely relatable for many, but doesn’t necessarily form a particularly insightful work. There’s a reason the tragic end for one family member doesn’t totally land with the audience—it’s as if their suffering is a set conclusion. One almost wants Joyland to be a film that Haider would perhaps actually enjoy, not just another chore.