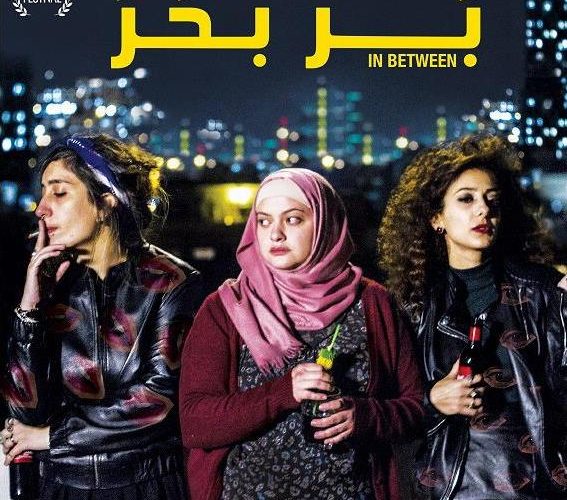 [TIFF Review] In Between

It’s Tel Aviv in 2016 and the parties are wild. Drinking, dancing, snorting, kissing — it’s time for twenty-year olds to have fun and be alive. But whereas in America you’d get looks of jealousy at best or judgment at worst, culture dictates heavier consequences for three Palestinian women living in the Israeli metropolis. There’s the liberal party girl attorney (Mouna Hawa‘s Laila), Christian communist lesbian DJ (Sana Jammalieh‘s Salma), and devout Muslim computer science major Nour (Shaden Kanboura) all trying to embrace their individuality and independence amongst friends/family who don’t approve, pretend to approve, or legitimately choose to understand the nuance twenty-first century living provides. They grow together in Maysaloun Hamoud‘s feature debut Bar Bahar [In Between] as sisters, able to look past differences straight to the heart.

The title describes these characters as in-flux: no longer adolescents unsure of their futures but as yet fully-cemented into the permanent lives of career and love they hope to secure. At times the latter appears in sight, but fate’s much crueler than fantasy as idyllic situations never turn out quite as perfect as they seem. Somehow Laila and Salma’s flatmate Rafif (Samar Qupty) found the happily-ever-after, though, her bachelorette party beginning the film and wedding arriving around halfway through. Her nuptials are what open a room for her cousin Nour to scoop up for peace and quiet to study since the dorms are too loud. She’s engaged to Wassim (Henry Andrawes), but their love is strained. Laila and Salma find love, but quickly discover marriage a virtual impossibility.

It’s been described as an “Arabic Girls” and that’s not far off the mark. There’s a little of everything from gender, sexuality, religion, politics, and urban versus rural lifestyle. Each girl has her distinct style that’s no more pertinent than the next. Laila tries to get Nour smoking (it’s not for her) and Nour tries forcing Salma to clean, but there’s no actual pressure to change. They have their own lives and are happy to cross paths and help when in need — something that tragically will prove fruitful once the pain of living in the Middle East rears its head in ways they hoped they’d escape. But for every selfishly close-minded parent (Salma’s mother played Khawlah Hag-Debsy), another (Nour’s father played by Eyad Sheety) can surprise.

Hamoud’s message concerns having the courage to be who you are no matter what society or heritage demands. Compromise is important in any relationship, but it shouldn’t be one-sided and especially not favor the man simply because the culture is steeped in patriarchal infrastructure. A man like Ziad can (Mahmud Shalaby) joke how the glorious meal Laila cooked (she was barely sous to Nour’s chef) better not prove smoke and mirrors for a life of potatoes, but he can’t then reveal his modern persona to be a fabrication hiding traditional values. Wassim can’t be a community leader helping abused women if he’s willing to do what he advocates against. And on the flipside, Salma’s lesbian shouldn’t string her parents along in their hope for man/wife matrimony. I loved the hypocrisy Hamoud sprinkles into the background throughout to color the situation on a macro scale beyond just how Laila, Salma, and Nour are affected. The separation of power in the Muslim home wherein mothers are yelling at daughters to finish preparing dinner in the kitchen while the men fall over each other to be the most “chivalrous” and respectful by reaching the table last is a wonderful farce. And then in the Christian home with parents singing the graces of another’s child in hopes a wedding can be planned, the woman (Ahlam Canaan‘s Dunia) that one side’s daughter loves can be praised for studying medicine at a prestigious hospital when known as her “friend” but demeaned as a monster when revealed as “girlfriend.”

The hypocrisy is prevalent in Bar Bahar‘s supposedly non-secular coupling too when the woman Ziad loves can help his troubled sister because she’s a successful lawyer, but cannot be brought home to meet his parents because her lifestyle doesn’t fit their world. Watching someone prove so beholden to an archaic world that he/she cannot even accept happiness is a tragedy some of us take for granted living in America. And to see what happens to Nour can’t help make you wonder what may have occurred next if she wasn’t living with two women able to empower her with the strength to put herself first. The entitlement these men possess renders them immature opposite Laila and Salma’s ability to look them in the eye, flip the bird, and leave.

Kanboura’s character’s progression provides the most obvious depiction of abuse and therefore the most pronounced depiction of emotion (sorrow and guilt before embracing the ferocity to stand and project her dignity), but for me Jammalieh and Hawa are the performances I remember most vividly. The former’s Salma is angry in the constant dehumanization she experiences at work (“no Arabic in the kitchen”) and home (each visit for dinner bringing a new potential suitor), her frustrations are palpable but her joy upon finding love more so in the alteration of mood. And the latter’s Laila proves even more relatable with her refusal to compromise her identity. Always honest, forever feisty, and strong enough to remain pragmatic in discerning real love from the lies, she is by far my favorite.

Credit must also go to Hamoud for letting their stories play naturally within life’s rough and tumble emotional landscape. Today’s abnormal is what Rafif found, the normal being a tumultuous ebb and flow of promise ending in disaster more often than not. It’s not a matter of being alone proving the better state of being — if these three had a choice they’d stick with their respective loves, but that’s impossible without mutual respect from them and the environment in which they exist. We’re all complex creatures who need more than platitudes explaining how “love will come out of union” because there isn’t time to leave such important decisions to hope. Laila, Salma, and Nour know what they deserve and they’re finally ready to settle for nothing less.

Bar Bahar [In Between] premiered at the Toronto International Film Festival.