TIFF Review: I Like Movies Slackly Captures the Life of a Budding Cinephile 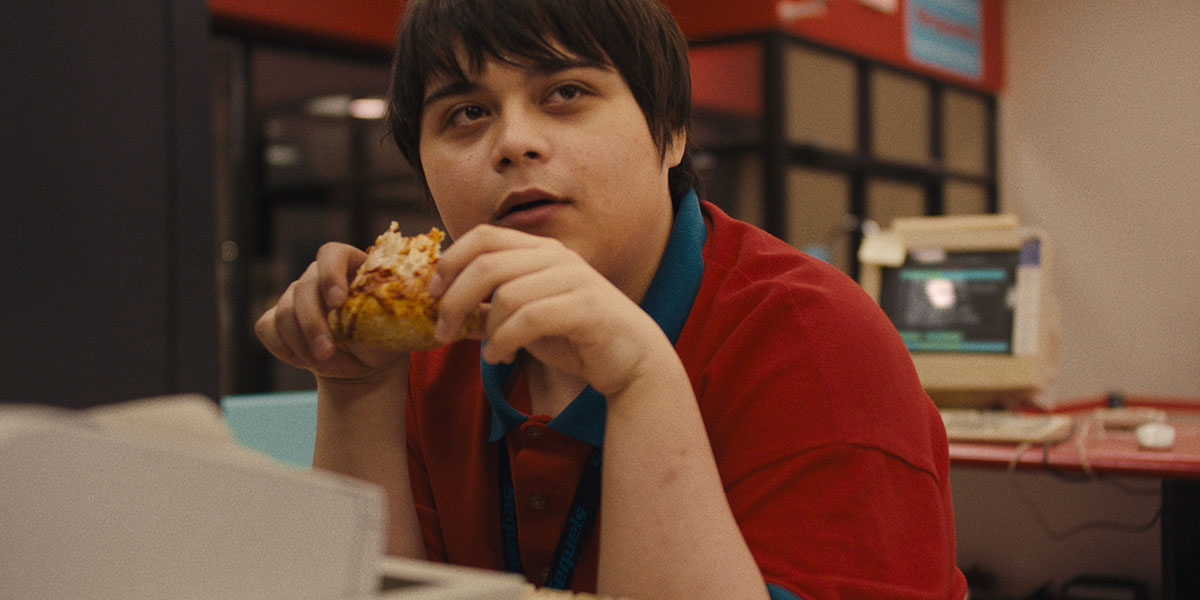 A reverie of 2002 and 2003 in Toronto’s sleepy Burlington suburb, I Like Movies initially takes on the appearance of nostalgia with its sight of lined video store walls viewed in the age of streaming. But tougher subject matter is somewhat at hand, as we hone in on high school senior and outcast Lawrence (Isaiah Lehtinen), the kind of kid who makes sure to note it as “Paul Thomas Anderson’s Punch-Drunk Love” when buying a ticket from a hapless cashier. A one-track mind making him oblivious to the pain of his single mother (Krista Bridges) and most of those around him, he’s basically the realistic version of the teen cinephile / aspiring filmmaker romanticized to countless young people by the character of Dawson Leery.

Recovering from his father’s suicide four years earlier and besieged by emotional problems, his life begins to revolve entirely around his desperation to get into NYU film school (as a considerable amount of Canadians have some kind of self-loathing about not being American), with a hefty $90K tuition fee standing in his way. Luckily he’s able to finagle his way into a job at his local video store Sequels, if only because the manager Alana (Romina D’Ugo) takes pity on him and his socially maladroit ways. Upending the social dynamic between him and clingy best friend Matt (Percy Hynes White), Lawrence’s single-minded quest and dedication to his interests continues to alienate those around him, to both cringe-inducing and occasionally amusing ends.

Though kind of affable—due in large part to Lehtinen’s very funny and charismatic performance—I Like Movies begins to suffer from slack pacing bred by an episodic structure. There’s a feeling, about halfway through, of biding time until its predetermined softball conclusion; the number of gags that rely on name-checking 2002 movies gradually runs out. There are some signs of a more interesting movie when (not to reveal too much) a potential trauma bond forms between Lawrence and the exasperated Alana. While admirable as a risky (yet brief) tonal shift, it can’t follow up on that willingness to divert from some more crowd-pleasing festival formula. Its conclusion is too easy, adhering to the recipe for typical Sundance dramedy humanism—everyone just kind of hugs it out and lets time heal all wounds.

While I Like Movies‘ skewering of the entitlement, narcissism, and aggression that comes with being a 17-year-old is spot-on—and recognizes how cinema, maybe more than any other art form, draws angry, socially awkward young men into its orbit—one wishes it had something more interesting up its sleeve than treating film-bro myopia as placeholder for lack of a father figure. One need not look further than the recent Funny Pages to see a tale of obsessively dweeby, young-male hubris taken to more uncompromising, bitter lengths. If it’s noble that I Like Movies wants to cast some sympathy on a subject from which you’d shield your eyes in public, that alone doesn’t quite justify 95 minutes.

I Like Movies premiered at the Toronto International Film Festival.