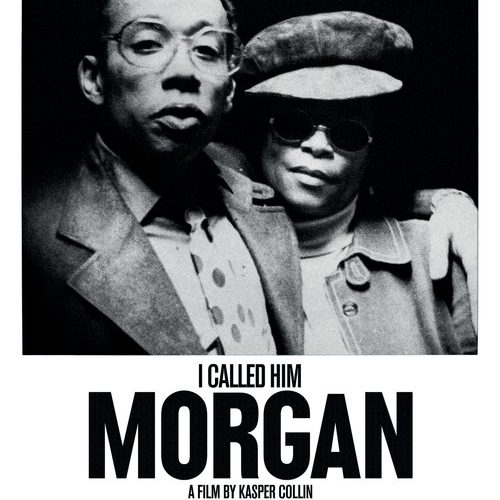 [TIFF Review] I Called Him Morgan

Jazz trumpeter Lee Morgan was known for creatively challenging the likes of Dizzy Gillespie and Miles Davis on stage with his style and intensity, a youthful performer who surprised audiences by playing with utter confidence and maturity. For a time, he was considered one of the most important jazz musicians alive. His wife, Helen Morgan, was a forceful woman, who attracted attention with her good looks and delectable cooking. Her home became a hang out spot for struggling New York musicians who needed a warm meal after a rough night performing in the clubs. Morgan and Helen fell in love, becoming quick partners. When Morgan fell into heroin addiction, Helen saved him, pushing her man into rehabilitation. And later, she killed him, shooting him in the chest as he stood on stage, clutching his trumpet.

Early on in I Called Him Morgan, Kasper Collins‘ morbidly fascinating documentary account of the life and death of this mysterious couple, we’re informed the only interview with Helen concludes without an answer to our nagging question: “Why?” I Called Him Morgan marks Collins’ second foray into the tragic annals of jazz music history, after My Name is Albert Ayler, another documentary about an experimental free jazz artist. Ayler was found floating in New York City’s East River in an apparent suicide, the film showing us how his life ended in such depression. Likewise, I Called Him Morgan does not bury its lede, informing us from the opening frames of the broad details of the shooting. The fade backwards in time to the beginning of Morgan’s career and Helen’s life creates an engrossing study of how a loving relationship can fall apart under the limelight.

Offering a decidedly hazy view of its subjects, what begins as a portrait of the artist slowly transforms into a regrettable human tragedy, examining a crime of passion in the term’s most literal sense. By this point, Collins has contextualized every beat of Morgan’s career, and relationship with Helen, setting the stage for that fateful moment. As the end credits roll, we have a deeper understanding of the tragic dynamics of Lee and Helen’s relationship, but like everyone in their lives, we’re still unaware of what Helen was thinking the night she found that gun in her purse. The majority of the film’s narration comes from an audio interview with Helen from 1996, her words appearing subtitled on screen, halting and pensive. We feel not only her advancing age, but the weight of her actions pressing down on every word as she tells her enthralling, but painful story.

Ideally, a documentary should encapsulate two sides of a story, but only one surviving interview with Morgan is available, conducted by Val Wilmer in Helen’s apartment in October 1971, four months before his death. Morgan never mentions Helen during the recording, leaving their relationship unexamined from his perspective. In the interview, Morgan comes across as an eloquent and wryly introspective artist, albeit charmingly egotistical as he speaks about his place in the history of jazz. Morgan recorded 25 albums in five years as a part of the legendary Blue Note record label, an artist reputed to be one of the most groundbreaking jazz musicians in the country before he discovered heroin. His addiction ruined that reputation, leaving him unemployable by even close friends, who sadly recall how Morgan would frequently no-show at gigs as a result of his drug dependence. It was only Helen’s loving influence that saved Morgan, forcing him to overcome the habit and dragging him back to his artform. They loved and needed each other, both seemingly unable to weather life’s storms alone.

What deepens the material is Collins’ use of period stock footage of beautifully photographed snowfall, repetitive and rhythmic, blowing across the streets of New York’s East Village, contrasted with Morgan’s warmly vivid music. Every song heard in the film feels timeless and alive, thrilling even to unfamiliar audiences. It’s a story from the past, left obscured and ambiguous by the corrosive passage of time. We meet Morgan’s aging bandmates and collaborators, all of whom recall Helen with warmth and sympathy. Are they angry? Absolutely. However, an undeniable compassion lies between these old friends. They share a heartbreaking emotional understanding of what happened the night they saw their friend die on stage.

As Morgan returned to fame and audience adulation, free from addiction, Helen found her husband suddenly surrounded by beautiful women, a temptation to which many of his fellow artists felt entitled. Helen’s slow-burn reaction to her husband’s infidelity came to a head on a snowy winter night in a packed New York jazz club, surrounded by friends and family. The eye witness accounts of that night evoke a sense of confusion and disbelief, some merely falling back on dusty platitudes such as: “It happened so quickly.” Even Helen recalls the dream-like state in which she found herself after the shooting, looking down at Morgan’s body and feeling utterly incapable of having hurt him.

If the conclusion ever feels unsatisfying, it’s an inevitable byproduct of the story’s real life circumstances. We realize that frustrating sense of dissatisfaction must be shared by the filmmakers, as if the missing puzzle piece was lost, forever out of reach. It’s certainly about more than just music history, but the tunes are undeniably spectacular, evoking a sense of the time period with haunting clarity. I Called Him Morgan hooks you from the first moments and glides effortlessly toward an emotionally impacting and enigmatic conclusion.

I Called Him Morgan is played at the Toronto International Film Festival and opens on March 24.