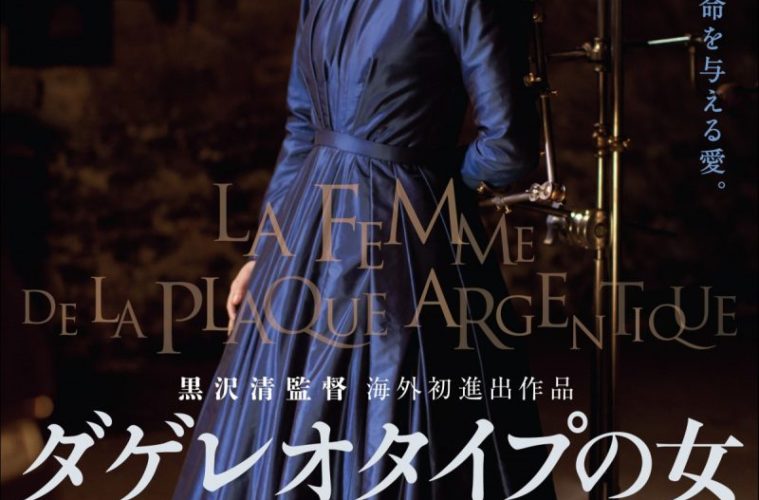 Kiyoshi Kurosawa has ways of making it look easy, even unimpressive. To my knowledge, he has never made a film that’s less than a pleasure to simply observe, richly detailed in environment and carefully calibrated in composition, cutting, and gesture — masterclasses too focused on feeling (excitement, mystery, romance, and, most often, terror) to pronounce great pretensions. The latest (and first French-language) entry into his filmography, Daguerrotype, doesn’t stand with the Japanese auteur’s greatest work, nor as much of a great work in total, but it’s one we shouldn’t take for granted, in large part because it manages to strike the most elusive of moods: admirably boring.

That this hardly sounds like much of an endorsement is all the more reason to experience the thing for yourself. Daguerrotype hardly conforms to expectations, starting with a set-up that’s primed for horror — it’s the kind that Lewton and Tourneur very conceivably could’ve dug into several decades ago — and yields something far less qualifiable. The mysterious Jean (Tahar Rahim) is brought to the country home of Stéphane (Dardenne mainstay Olivier Gourmet), an aging photographer with a predilection for life-size daguerreotypes that require his subjects to remain in place for as long as two hours at a time. (Note: why this film’s title is spelled differently than the device remains unclear.) Something is clearly wrong from the word go: the home is mostly empty, Stéphane’s mood is at its best when he isn’t outright growling, doors creak open, and a woman in an elaborate, old-fashioned dress appears without sound reason.

The paths these lead us down are, surprisingly, a drama concerning Stéphane’s land ownership and, less surprisingly, Jean developing affections for Marie (Constance Rousseau), the photographer’s daughter and occasional model. Being that Kurosawa only evinces consistent interest in the latter, it’s the most I can remember nearly two weeks after seeing Daguerrotype. (Gourmet’s wall-trembling shouting fits do well to mirror the picture’s sense of decay, and the home is a key part of this text. It’s also nice seeing Mathieu Amalric worked into the proceedings — if not disappointing that his presence is so small. That’s about where I can leave it.) Jean and Marie’s courtship does little to register, either, until the film turns towards its most violent sequence: an attempted suicide on Marie’s part so deliberately timed in the length and choice of individual shots that the seemingly inevitable action becomes unreasonably shocking. The tragic turns catastrophic with the men’s attempted rescue, and a rather elaborate set of circumstances leads to the film’s sole heart-stopping moment — a brief convergence of light, shadow, skin, and score that’s among the finest expressions of romantic realization I’ve seen in years.

Heart-stopping, otherwise, is not a register Kurosawa makes many strides to operate within; Daguerrotype’s primary pleasures tend to be smaller and only a bit less fleeting. The deliberate steps of Rahim and Rousseau’s onscreen romance is hardly mismatched with the speed at which this film moves around them, at times striking as a more grounded, simmering take on Manoel de Oliveira’s great The Strange Case of Angelica. Their chemistry, the pulse this movie otherwise lacks at certain junctures, would indicate the director’s far more invested here than anywhere else. True as that may finally be, the exquisite shot choices and varied cinematographic palettes (courtesy Alexis Kavyrchine) seen at every turn are central to the project’s general appeal.

We will, of course, have individual payoffs to the creeping supernatural elements, neither of which is entirely in sync with the other. The first is more presentation than experience, an aesthetically and formally interesting meeting of the corporeal and spiritual that flatlines a bit once its final impression is revealed — more of a “that’s it?” than a “there it is!” Daguerrotype’s slow and, ultimately, deeply sad temperament is better served in the climactic string of scenes, whose greatest success is its plurality of tone: the physically passionate, conceptually clever, and existentially dispiriting.

These, much like the many minor notes Kurosawa hits throughout, are to be turned over, not necessarily felt in the present tense. That could make Daguerrotype a tough sell, but those who give it the time to soak in will find numerous rewards.