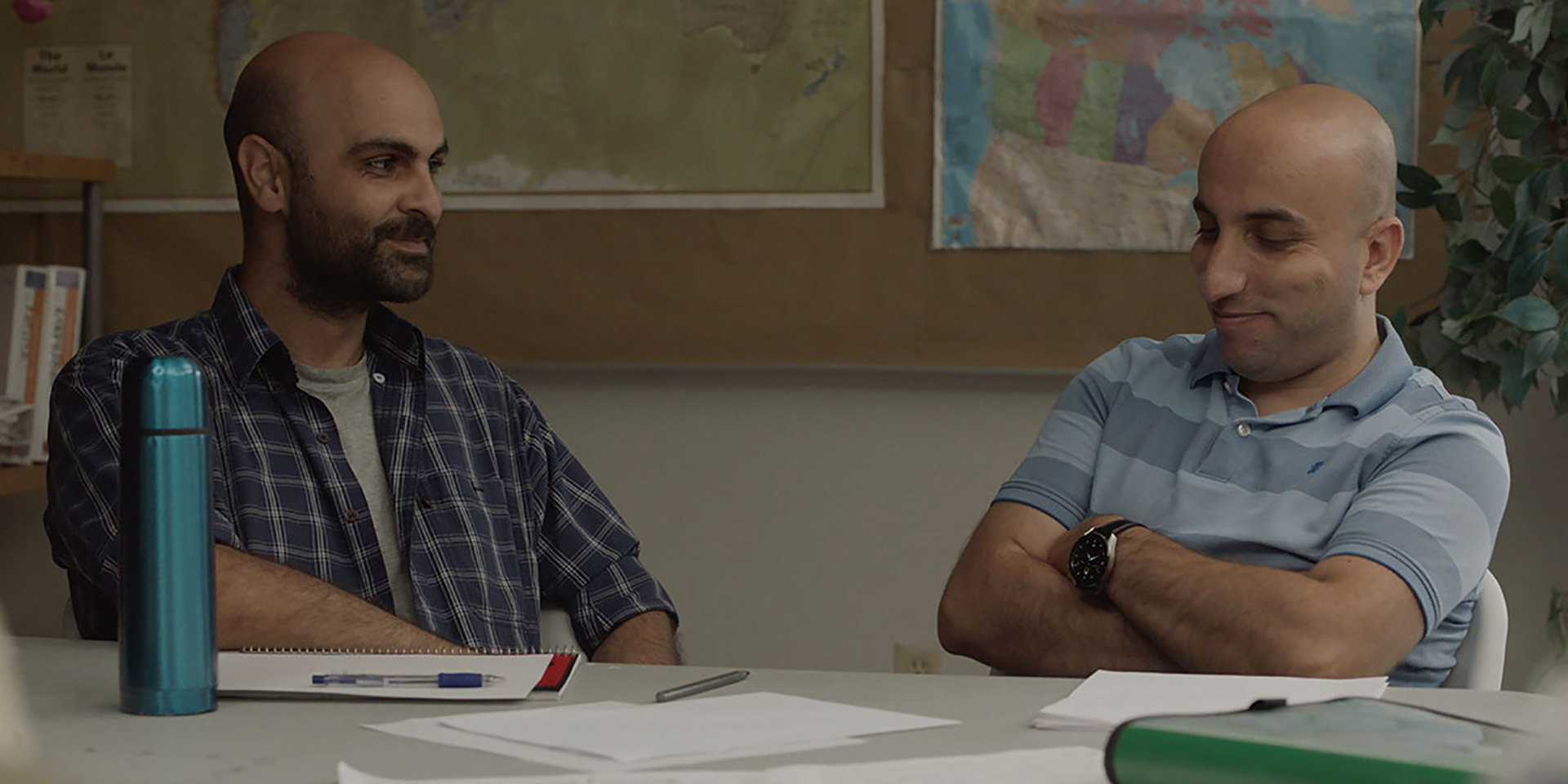 Welcome to Antoine Bourges’ love letter to the Thorncliffe Park apartment complex, better known as “Arrival City”—the usual landing spot for new immigrants coming into Toronto. Titled Concrete Valley and starring a mix of professional and amateur actors blurring the line between fiction and non-fiction, Bourges’ film spends a lot of time with residents to help flesh out their motives and narrative in the form of Rashid (Hussam Douhna) and Farah (Amani Ibrahim), a Syrian couple who have already been living there for five years. The palpable tension in their marriage as he lies in bed while she readies for work reveals things haven’t been easy. There’s little warmth shared between them beyond their love for their young son (Abdullah Nadaf’s Ammar).

Instead it’s mostly tired exasperation as they attempt to survive what has proven an impossibly frustrating transition due to both having to give up their careers to provide Ammar a better life. Farah was an actor. Now she works a pharmacy cosmetics counter. Rashid was a doctor. Now he goes through the motions on interviews for jobs he doesn’t want, self-sabotaging himself because he believes he’s better than the work. So his days are spent making unsolicited house calls with neighbors and illegally giving medical advice. While we can assume they’ve looked to find something more meaningful in the past, their present seems like it’s hit a breaking point. She begins attending meetings about community upkeep with Saba (Aliya Kanani) and he starts treating Yanah’s (Lynn Nantume) bum leg.

Those are their diverging paths and, quite honestly, the film’s main points of potential conflict if they’re not simply a way to distract themselves from the usual monotony that fills up the rest of the runtime. While the latter isn’t necessarily boring, it can prove slow enough to make you consider whether it is. Thankfully, Bourges and Alkamli have a keen sense of the universality of being caught in the doldrums of a life lived for the benefit of another. Farah can’t quit her thankless job and crazy customers—they need the paycheck. Talking about recycling with strangers and meeting a new friend is thus less about its own rewarding experience; it’s finding something new to change the usual pace.

It’s different for Rashid. Beyond just needing to pass time, he’s mired in a sort of all-consuming impotence. He can’t make a salary doing what he knows how to do. He’s too proud to do something beneath that station just to make ends meet. And he’s so fixated on what’s missing that he cannot pay attention to what’s still present. When Farah talks about an incident at work, she’s searching for support. Rashid gives her the opposite. He starts dissecting the situation with pragmatism, looking for an answer through diagnosis rather than just acknowledging that some people are plain insane. He’s so desperate to repair everyone else’s ailments that he’s blind to his own. He’s a bystander in his own life, constantly waiting for something he can’t have.

They walk paths that inherently lead them away from the other and we ultimately follow along regardless of whether their respective journeys provide the sort of intrigue that’s able to maintain our interest and attention. A sly sense of humor helps (Rashid trying to get a friend he’s made at English class to open himself up emotionally or the building’s janitor believing he can fix a faulty thermostat because he used to do such things in his homeland), but so much of Concrete Valley adopts a quiet, almost off-putting awkwardness that you’ll either embrace or not. The scenes with Rashid and Yanah, for instance, generally devolve into him asking invasive questions and her telling him he’s being pushy. She likes solitude. He craves companionship. Is there an attraction?

Maybe? Such a possibility is definitely introduced, but even that potential is left hanging in the air with a matter-of-factness that catches you off-guard. So, much of the film does from Yanah gifting Rashid a cake that he eats with his English class buddy and Ammar only to wonder if it’s “too sweet” to Farah and Saba taking the children to the water only for the latter to disappear and never be heard from again. The whole can thus feel like a disjointed collection of vignettes populated by eccentric characters that begin as abruptly as they end. They do eventually lead somewhere, though. The penultimate scene proves a perfect encapsulation of everything that came before it—a moment of rekindled romance proving unsustainable when measured against clinical observations.

What better way to end a glimpse into otherwise sexless lives on a conveyor belt of hard-won survival than evidence that such an existence might be all these characters have? This is the battle immigrants fight after uprooting themselves to start over from scratch. Some have the humility to take what they can; others don’t. At least Rashid and Farah have a son to nurture and put first no matter what because he can keep them connected even as they begin to separate from themselves. As Bourges asks in his director’s statement, “Does adjusting to a new culture mean losing a part of one’s identity?” It depends on what you think that identity hinges upon. Is it your happiness or your family’s? Your occupation or your values?

Concrete Valley had its world premiere at the Toronto International Film Festival.