TIFF Review: Bones of Crows Tells an Epic Story of Survival During a Shameful Period of Canadian History 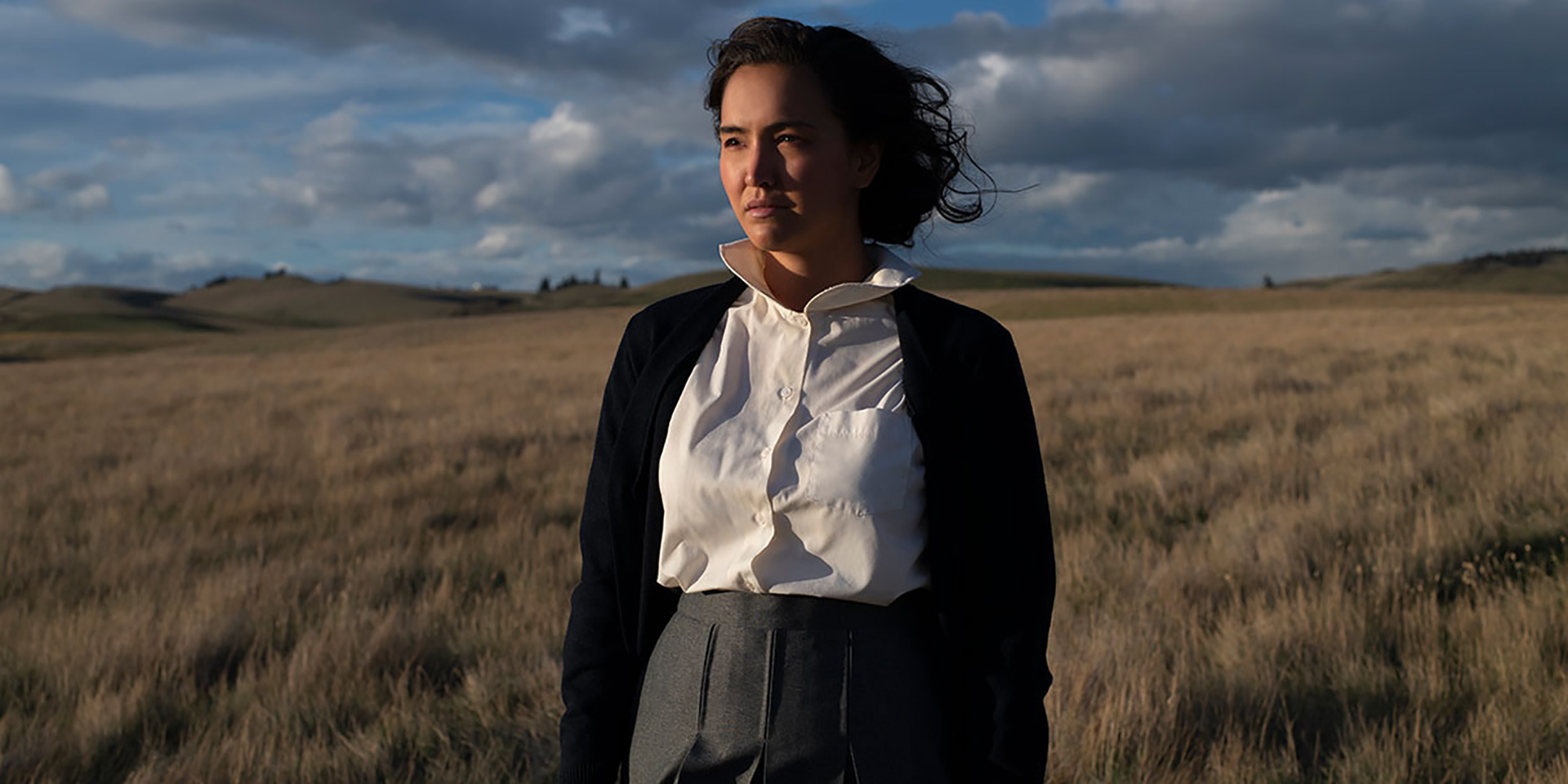 It starts in the 1800s. That’s when the first residential schools were opened across Canada as a means of “beating the Indian” out of Indigenous children. The front-facing narrative was always education, but the thousands of bodies found in unmarked graves and devastating psychological toll endured by survivors of physical, emotional, and sexual abuse prove otherwise. And while writer-director Marie Clements never shies away from showing that generational trauma as it pertains to Aline Spears and her extended family, she’s also unafraid to depict the callous sense of superiority that allowed such an abomination of policy to continue for almost 200 years. Look no further than Father Jacobs (Rémy Girard) regaling his guests with the particulars of his scientific experimentations using starvation for compliance.

Much like the television show Pachinko, Clements’ Bones of Crows fluidly travels through time to present Spears’ life (Grace Dove for the majority, Summer Testawich in youth, and Carla-Rae in old age) in the most impactful way possible. We see her and her three siblings get taken away from their parents by rule of law only to fast-forward to World War II so we can understand the hypocrisy of a nation attempting to erase a peoples’ culture before then using it to defeat fascism. Details like a scar on Aline’s hand become through lines that carry us from one scene and decade to another. People she meets along the way become anchors to follow forward and return with, backwards, until the entirety of her heartbreaking experience is laid bare.

We regularly move from happiness (the joy of readying for a ceremonial Cree celebration) to tragedy (Glen Gould’s Matthew shaking as he signs away custody of his children to the government so that he and his wife, Michelle Thrush’s January, aren’t thrown in jail). From love (Aline and Phillip Lewitski’s Adam getting married at City Hall the day before he’s shipped to London) to unspeakable horror (suicide, rape, and death). At one point we even follow Aline’s sister Perseverance (Alyssa Wapanatâhk) to simultaneously delve further into their shared timeline as well as her own. To compare their lives is to find yourself reaching for words like “lucky” and “strength,” as though either are anything more than a reductive means to diminish what was done to both.

It’s no surprise that Clements will be expanding this two-hour epic into a five-hour miniseries that sprawls outwards to cover the Spears family with a more even-handed split of focus rather than this Aline-centric adaptation. Not that she doesn’t do well to distill everything down and ensure we understand the price paid by everyone. I recall a momentary cut to Matthew and January in tears upon realizing that none of them will ever be same—it’s but a few seconds and yet it encapsulates the decades of solitude, uncertainty, and guilt they lived once their kids were stolen away. It wouldn’t shock me to discover this will prove the better of the two versions by shrinking its aperture so one voice can guide us through the communal nightmare.

Aline is at the center, after all. She’s the eldest sibling, and thus fully aware of what’s happening while the others cry around her. She’s the one who seeks to escape. The protector and inevitably the sibling who is punished to set an example. Aline is also the one who can set herself apart as someone of worth to their oppressors. Whether it’s an appetite for piano that renders her into a prize for Father Jacobs and the younger, kinder Thomas Miller (Jonathan Whitesell)—a success story to exploit as reason for residential schools to remain running—or her ability to retain her Cree language to be indispensable during the war, her path seems to be one possessed by real hope.

Don’t let it fool you, though—the adage Thomas uses about “losing one thing to gain another” also works the opposite direction. And as anyone who has survived such abuse knows, too many “good” things happening in succession always have a tendency of delivering something “bad” to even the scales. Maybe it’s a product of one’s fear, thus a self-fulfilling prophecy. Maybe it’s just the law of averages. Either way, the moment you think Aline and her family (daughter Taylor, played by Teya Gabriel and Gail Maurice, and son Jake, played by Joshua Odjick) have come out the other side, another bombshell is waiting in the wings. That’s the thing about generational trauma: it doesn’t go away. It’s absorbed into your DNA and passed down, and its scars are permanent.

Watching can therefore be difficult. Trigger warnings are found on all Toronto International Film Festival materials because Clements hits hard when the opportunity arises. Survivors will not only be viewing a fictionalized account of their past (being taken from homes, abused by clergy, etc.)—they’ll also get a healthy dose of what it is to be crippled by flashbacks. I’m not sure Bones of Crows is ever more devastating than when its characters are pulled through time without a need for captions letting us know we’ve shifted again. Perseverance entering jail to see her surroundings melt into memories of her residential school. Adam liberating a concentration camp in the Netherlands, only to have the walls of reality shatter under his own torment. The juxtapositions are quite powerful.

So are the performances—on both sides of the coin. Because we do need the villains of this legacy in Canadian history to have complexity. Yes, they are monsters. But they’re humans too. And we need that humanity’s presence to accept that these heinous acts were committed by our neighbors, by people we’re told to trust. If that means allowing someone like Sister Ruth (Karine Vanasse) a chance at redemption, however, it doesn’t also guarantee forgiveness. We simply demand a level of cognizance to understand the risk we should all fear. Just because indigenous peoples were targeted this time doesn’t mean you won’t be targeted next. All it takes is for the terrorizer to believe in their own dominance. Add “God’s will” and empathy ceases to exist.

It’s a truth that renders Aline Spears and those like her ever more important. They have suffered. They have sacrificed. And they have been irrevocably altered. Yet their survival also means they’ve won. They’ve endured despite the demons to speak with the voices that others had sought to silence. It can be young Testawich bravely dreaming about freedom or Dove putting a white woman in her place or Carla-Rae standing before the world to force them into remembering what they let happen by their own inaction. Everyone who died because of these schools will not be forgotten. Everyone who facilitated their deaths won’t either. As Maurice’s Taylor says towards the end of the film, “Time does not forget.” Not when victims of its cruelty refuse to be erased.

Bones of Crows had its word premiere at the Toronto International Film Festival.