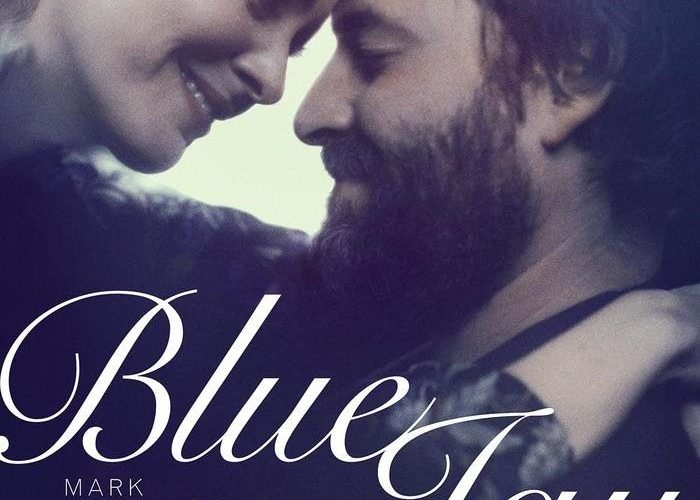 Sometimes you just can’t escape the past. Moments that have shaped you and made you who you are today can happen at any time without you even knowing it. They could occur when you’re just a kid or even when you’re way past adulthood.

In director Alex Lehmann’s slight, but competently made Blue Jay, a chance meeting between two former high school sweethearts (as played by Mark Duplass and Sarah Paulson) is all about past wounds that haven’t seemed to escape either of their lives.

The chance encounter occurs in a grocery store in the small California town of Crestline. Jim (Duplass) and Amanda (an excellent Paulson) haven’t spoken in more than twenty years. An invitation for a simple cup of coffee will turn into a night of verbal fireworks and unhealed wounds.

A few beers later and they are indoors in Jim’s late mother’s house, which is for sale and the reason that brought him to town. Jim seems to still be searching for himself, bouncing from one girl to the next and not being able to keep a stable job. Amanda is unhappy about her marriage and unprepared with the responsibility that came with having kids and, yet, the fire still sparks and the chemistry is still there.

Blue Jay is Lehmann’s debut as a director and he shows a tremendous assurance in his craft. He builds up claustrophobic moments that can tell a world of emotions with such few words. The mid-life crisis that these two characters face is universal, and the questions of purpose and fate are as well. Instead of filling his frames with ceaseless dialogue, which has become a staple in most indies featuring Duplass, Lehmann is unafraid of having moments of pure silence. He also focuses his lens of Paulson’s ever-changing eyes, filled with both longing and resentment. Her character Amanda has gone through life’s toughest obstacles and endured, but not without her fair share of scars in the process.

For Duplass, the role of Jim is an emotionally demanding one that he doesn’t quite measure up to, particularly compared to Paulson. He has fared better in other films that have been more relaxed, here seemingly struggling with the bigger emotions he’s asked to contend with.

Shot in beautiful black-and-white cinematography by Lehmann himself, from a script by Duplass, it adds an extra layer of sadness to the story’s resistant and detached tone. It’s always a risk deciding to shoot a film this way, being called out on your own pretensions, but Blue Jay’s downer themes do fit well with this stylistic decision.

The story is a simple one, and sometimes it might feel a little too slight for it own goo, but Paulson carries it all the way through with bravado acting. She fills up the layers that might have been otherwise lacking in Lehmann’s somewhat conventional screenplay.

Blue Jay poses important questions about adulthood without delving too far into concrete answers. That can be frustrating at times, but having its characters self-question and contrast themselves is a smart decision. How different am I from twenty years ago? What has changed? Have I learned anything? And, really, who hasn’t tried to ask that about themselves at some point in their lives?

Blue Jay premiered at the Toronto International Film Festival and opens on October 7.