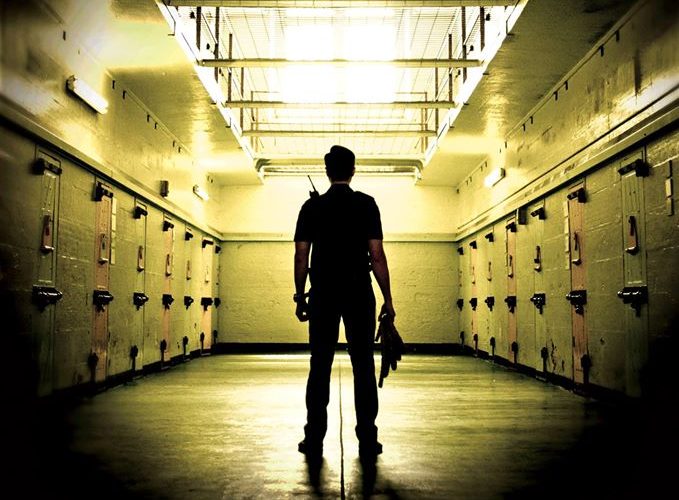 Perhaps just another narrative about a millennial finding their calling, Apprentice zeroes in on Aiman (Fir Rahman), a man in his late ’20s still living with his sister, Suhaila (Masura Ahmad), both of whom were orphaned after the execution of their murderer father during their childhood. Having gone through a period acting out his anger in gangs and the army, his rehabilitation — or, rather, indoctrination — into authority seems complete with a new job as a correctional officer at a prison. Things take on greater significance once he spies under the gallows of the prison’s execution room the 30-year veteran head executioner, Rahim (Wan Hanafi Su), who seems an obvious representation of right-wing ideology and authoritarianism at its most extreme. And Rahim notices him back, Aiman’s work ethic and eagerness to impress quickly leading to him being taken under the leader’s wing.

But there comes the reveal that Rahim was in fact the man that executed his father, and the film’s most interesting idea is that it presents this as not so much building towards Aiman enacting revenge, but almost a queering narrative; after all, their relationship is insinuated by a gaze. Rahim is not just the father but the “daddy” Aiman was robbed of. He repeatedly falters in the realm of capital-M masculinity, be it him taking up cigarettes to imitate Rahim — proof that, yes, many people can still look stupid smoking onscreen — all in addition to Aiman’s untraditional (or failed family) unit; a career in your late-20s once meant a wife and kids after all. The romance in his life is this mentor.

While the underlying homoeroticism is a good idea at its core, what sadly comes to mind watching the film is Bret Easton Ellis on his podcast asserting ad-nauseum that television is simply scenes of plot-advancing dialogue, while film is about “mood and atmosphere.” Unfortunately, what Apprentice recalls is the former part of that statement. While not without the occasional jolt of a sudden execution, the film feels so wholly tell and not show. Its left-wing politics about toxic masculinity bleeding into the justice system are so much a given that it’s just a dead-weight experience to watch.

Its prosaic style is epitomized by the occasional “arty” composition, like a heated confrontation in Ramin’s office framed behind bars, the perfect example of the kind of easy craftsmanship not exactly alien to high-production-level prestige television. This writer is sure #OnePerfectShot accompanies many Daredevil or House of Cards screen caps on Twitter.

While it seems writer-director Boo Junfeng wants some kind of moral high ground in avoiding onscreen violence (thus it resisting any real climax of any kind), an actual sense of conflict seems almost completely absent even within such a confined setting. For ending on an easy ambiguous note as Aiman faces a snap decision whether to assimilate or not, there lacks a real verve. One has the overwhelming feeling that they won’t get anything more from watching the film than just reading this thematic summary.

Apprentice is premiered at the Toronto International Film Festival and opens on March 3.