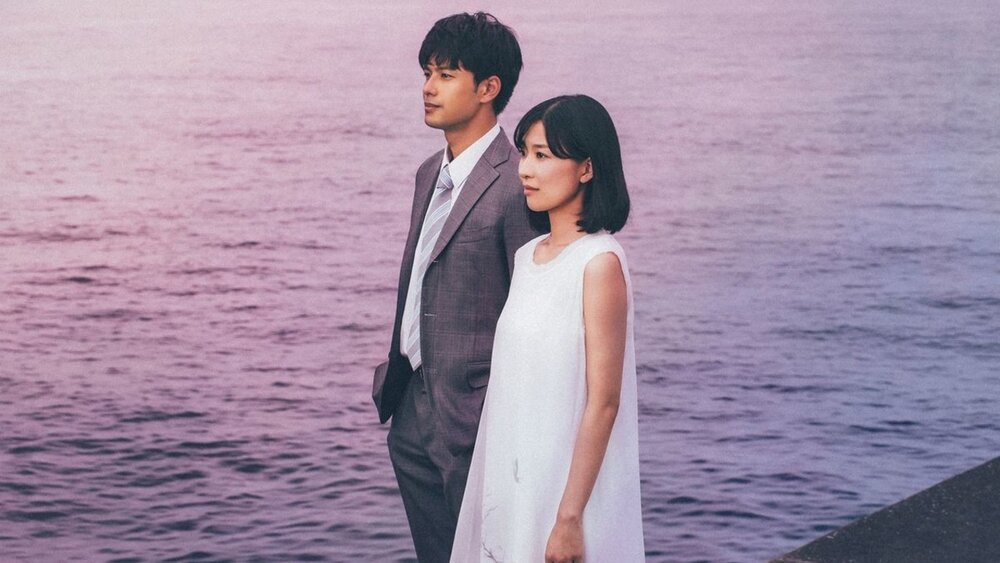 Movies are the best liars money can buy, and the notion of love at first sight might be their greatest fib. Blame the effortless charmers of Classic Hollywood who perfected flirtatious glances, knowing smiles, and batting of the eyes in order to con us into thinking their lives could be ours. What these fantasies ultimately tell us is that new romance could (and should) lead to salvation, the hope for a happy life that settles in nicely with societal expectations.

With its massive runtime, circular story, and repetitive depiction of self-destructiveness, Kôji Fukada’s The Real Thing is the very antithesis to the classic meet-cute scenario. Based on Mochiru Hoshisato’s graphic novel, it was originally produced for Japanese television. The film has been slightly trimmed and spliced together for theatrical audiences at a still-hefty 232 minutes. Thus some of the eccentric charm that made it such a masterpiece of the serial format has vanished. Strangely, though, watching this maddening tale of love found, lost, and found in one fell swoop makes for a more sobering and heartbreaking experience.

By all accounts, thirty-something salaryman Tsuji (Win Morisaki) leads a relatively safe existence. He’s a solid middle manager for one of Tokyo’s major toy manufacturers and has avoided any real emotional commitment in both of the secret trysts he’s having with female colleagues. All stasis is permanently shattered when Tsuji crosses paths with Ukiyo (Kaho Tsuchimura), a frail, deeply troubled young woman who may use her vulnerability as a means for manipulating certain situations.

Their first encounter is not one of euphoria but near-death, Ukiyo’s car mysteriously stalling on railroad tracks just as a train furiously approaches. Tsuji plays hero, but in doing so finds himself intrinsically anchored to a hurricane of a woman “who will ruin him,” to paraphrase multiple different characters. It’s gradually revealed that Ukiyo is hopelessly in debt to multiple men, including a cagey but affable yakuza named Wakita (Yukiya Kitamura).

With each scene Tsuji becomes more involved in Ukiyo’s troubles, even offering to pay off a massive loan with his life savings. Aesthetically, Fukada maintains distance from the characters, filming in long takes and few close-ups so as to keep their ulterior motives in question. The Real Thing makes a motif from suspicion, using each scene to deepen the confusion and frustration that helps define this stretched version of messy amour fou.

In one of the earliest moments where Tsuji is asked to clarify his own motivations for helping Ukiyo—despite the disaster she seems to always bring—he says, “I just want to be free and clear.” Another time he says, “I can’t ignore sloppy people.” But deep down we know neither of these excuses is entirely true. Ukiyo has entranced him not through seduction or wit, but through chaos, and it’s happened gradually over time. This speaks to the film’s subversive exploration of love as a maddening, frustrating, and cyclical long game where each of our personal burdens and responsibilities grow more impactful over time.

Fukada’s film is also a tragedy of unmet romantic hopes. Nearly every character gets their heart broken in the subtlest of ways. Rejection is slow and inevitable. See the subplot of Mrs. Hosokawa (Kei Ishibashi), a workplace lover who’s fruitlessly hoping her strength and dutiful support of Tsuji will lead to happily ever after. When he inevitably rejects her in favor of Ukiyo, she responds with the kind of hothouse violent madness of a Tennessee Williams character. Later she tells Tsuji why: “There’s a price to pay for lukewarm love.”

The Real Thing puts its characters through the proverbial ringer so they can discover this one truth. Only Wakita seems to understand it from the start, saying that he hates “anything half-assed.” Enough coincidence and happenstance exists in this film to fill a dozen studio love stories, but that doesn’t mean any of it is unearned. There’s no safety net here, making Tsuji and Ukiyo’s epic tale of unrequited love, absence, and yearning the ultimate leap of faith.

The Real Thing is now streaming.