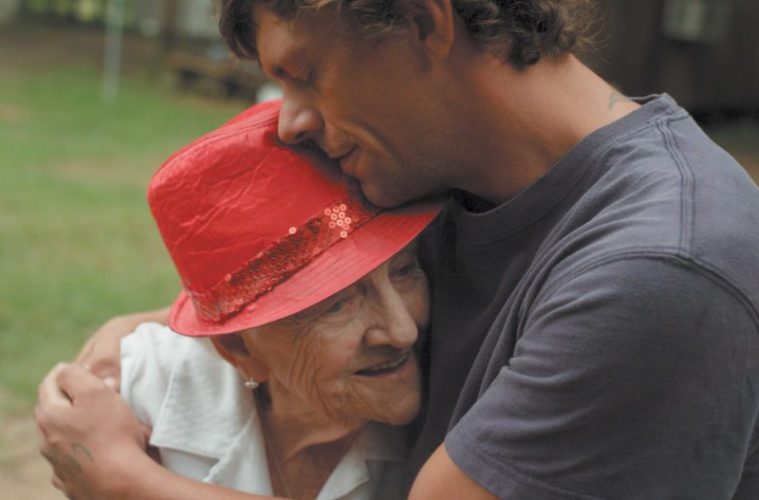 The Films of Roberto Minervini: Capturing a Complicated Portrait of the American South

In the early 1970s, while in the midst of making his Trilogy of Life, Pier Paolo Pasolini publicly remarked that a kind of “cultural genocide” had overtaken his home country of Italy. Essentially, he pointed his finger at the overwhelming dominance of consumerism that he believed had begun to erase the positive values instilled by the nation’s history of peasantry.

Even decades removed, many will still find this statement heavily contentious, as it seems representational of a debate that’s raged in film culture — that, of course, over “aestheticizing poverty,” or, in some cases, romanticizing it. Among the many figures in contemporary world cinema who can be branded with this label, Pasolini’s countryman of a different generation, Roberto Minervini, certainly embraces the act while still complicating it.

His first three films forming a “Texas trilogy” showcase a deeply religious and increasingly abandoned milieu far from, say, the conservative and idiosyncratic (but still humane) middle-class seen in this writer’s favorite depiction of Texas, Mike Judge’s excellent animated series King of the Hill. With his most recent work taking a venture to the poorest parts of Louisiana, the artist seems to further risk claims of exploitation — especially since he, like Pasolini, comes from an intellectual background. Yet his depiction of America’s underclass less seeks out to create a distance than rather give a voice to the down-trodden; collaborating with his subjects by having them essentially play themselves (in that at least they share a first name) within a narrative film. It comes with varying results, but, over the course of four films, we can see a development from anthropologist to real filmmaker.

His debut introduces two characters with little context, but instantly dramatizes them by having each face their own kind of echoing death sentence: Maria, a lonely Spanish woman bluntly alerted of her terminal cancer, and Jack, freshly out of prison and with virtually no financial opportunities to be able to continue living. (The chance of pawning off his beloved guitar yields a far-lower-than-expected sum.)

Both middle-aged and puffy (the type of onscreen figures commonly assigned the short-hand of “real people”), their chance meeting in a supermarket when she collapses and he offers assistance certainly has all the makings of a romance, yet his intentions are only to earn the good will for her to purchase him alcohol. While still sticking together, monetary worries recede into the distance as they go on a road trip across Texas, the destination being a place that could deliver a potential healing miracle, not unlike Michael Cimino’s The Sunchaser. Though, in this case, Minervini shows a little too much restraint to even touch the emotional or formal conviction of that corny, albeit effective film.

They pick up another passenger, Harold — far different from them with his artistic background and British accent, and his surprising presence speaks to the romance of the long-winding, mysterious American road so well-trodden throughout cinema’s history. Including a pit-stop at a farm, on even an incredibly limited budget the film manages to provide a large scope of Texas, from downtown highways to impoverished small-towns to desolate landscapes, lens flares always establishing the presence of the burning sun.

Though the problem with The Passage perhaps lies in how it depends more on our instant sympathy for the subjects rather than truly developing them. Even every new pocket of Texas seen feels like checking a box rather than establishing an atmosphere. Regardless, from subsequent films we know this world is far from closed for its director.

Narrowing his sights from the open road to a small patch of the rural Texas landscape (even as he expands to a more ambitious 2.35:1 aspect ratio), Minervini’s sophomore film depicts a mother-and-son relationship, or rather the absence of each in the other’s lives. They are credited as “The Mother and “The Boy.” She stays busy working as a nurse as well as pursing sexual liaisons in her spare time, leaving him to essentially fend for himself. The visualization of his loneliness speaks, again, to the “romanticizing poverty” concern; after all, he’s not the typical middle-class kid able to distract himself with television or the Internet, instead turning to his essentially endless backyard full of trees and deadly animals, including snakes.

But, assuming a generosity on Minervini’s part, one can think of “the world is for children,” a line from Jean Renoir’s The River that eulogizes a boy’s life cut short; how “they climb trees and roll on the grass, close to the ants.” If living in a world not overly inhibited by capital sets up a potential political point, the boy is still a victim of childhood depression, a subject certainly deserving of greater representation on film.

While his stylistic tendencies feel trapped in the kind of dull realm of a hand-held camera hovering behind character’s heads, Minervini finds a certain energy from collecting many lower-class details, like a dartboard carved into a wooden wall or how the boy is, at such a young age, already indoctrinated into a hard-partying, binge-drinking culture by those surrounding him. Yet there still comes a need to make it in the end about the mother and son, and it resorts to a variation on the art-film trope of the late-in-the-game violent act, this time inflicted by the boy on himself. Concluding on an image of reconciliation and intimacy between the two that crosses certain borders, it manages to show a verve lacking from the rest of the film even amidst its lived-in qualities. There’s proof of Minervini’s courage, but not quite his dramaturgy.

Beginning on exploding fireworks, Stop the Pounding Heart instantly establishes itself as a more dynamic film than the previous two installments in his Texas trilogy. Moreso, looking at it on the whole, it seems the “gentle” film of Minervini’s, at least in that violence and death here seem the furthest away. Tension instead generates from the concept of religion, placing us in a strict Christian environment — in particular the household of a farmer family that had been previously seen in a section of The Passage. (Minervini cinematic universe, anyone?)

An abundance of children and goats run freely throughout their home, but we zero in on the 14-year-old Sara. On the verge of feeling the first pangs of pubescent lust, she’s presented, by her mother, a purity ring, which she justifies under almost reasonable terms — not so much invoking a fear of God or the fires of Hell, but of how little importance it is to have “fun” with someone in comparison to finding the one you truly love and who will do anything for you.

Our other character, Colby, an amateur bull-rider of similar age (and a carry-over character from Low Tide) is not of a different world, as at one point in the film he takes part in a prayer circle formed to ensure “fun” before a bull-riding event. Texas is the home of the saint and the cowboy — or, as directly quoted, the angel and the devil on our shoulder. (Think of a similar piece of voice-over from Linda Manz in Days of Heaven.)

As in Minvervini’s first film, there’s an eventual convergence of the two different strands, in this case a romance blossoming, if still relatively muted within the naturalistic tone. While there’s something of a feeling that we’re still viewing the characters more as art-film archetypes, Minervini’s willingness to create far more striking images — be it a burning cross coming into focus or a concluding tableaux of Sara posing in period dress — speaks to his cinema finding more than a purely conceptual voice.

If the previous film found more formal pleasures, with this just-released one, it seems hard to deny that Minervini isn’t at least a little seduced by the perversity of certain images; he can even manage to top the sight of a gun-firing pregnant woman from Stop the Pounding Heart with a lady in her third trimester shooting up heroin, then later doing a stripper routine onstage. Even the seemingly unimaginative title could be considered a little insidious — though, based on how much we see the characters in leisure, an alternate handle could be Permanent Vacation. Yet resisting the temptation to label it a Vice Magazine freak show where we, the smug liberal film-festival audience, may gawk at the poor with their guns and racist Obama scape-goating, you can see a genuine sense of empathy.

Opening on our ostensible lead, Mark, awakening naked on the side of the road (presumably after a night of debauchery), we proceed to see him make what minimal money he can through dealing drugs, while at the same time tending to the various women in his life, be it his lover, daughter, or mother. A family Christmas dinner (the film clearly has numerous ellipsis) becomes the first case where they’re all together, united by love, and also hate for the system that’s so left them behind.

Essentially providing an ending to Mark’s story with still at least 20 minutes to go (he prays that turning himself in and a subsequent three-month jail sentence will redeem him), from there on the film depicts a Bud Light-a-plenty junk-yard pool party leading into a veteran instructing a group of other men on how to take back their country. Their practice includes firing guns at a car with “OBAMA SUCKS ASS” spray-painted across.

It seems as if Minervini has delineated his characters and overall film to making specific political points. After all, despite always presenting multiple characters, there’s typically a point of view he favors to the very end — be it Low Tide’s young boy or Stop the Pounding Heart’s Sara, all more symbols but still at least figures of a dramatist and not just a didactic documentarian.

Even with the rupture, what passes between these two stories is the feeling of waiting on a miracle while the apocalypse brews; a veteran spews xenophobic speech about “martial law” coming when refugees find their way to the United States. On the same end, he stresses the concept of dependence on the other, to not focus on the individual but the unit. This rhetoric of having a brother that will do anything for you is not unlike the purity ring speech from the mother in Stop the Pounding Heart. It’s not as if we’re getting a ringing endorsement of this ideology under some fraudulent humanist tract, but rather someone working out a contradiction: an admiration of a community formed and a worry as to where they’re headed.