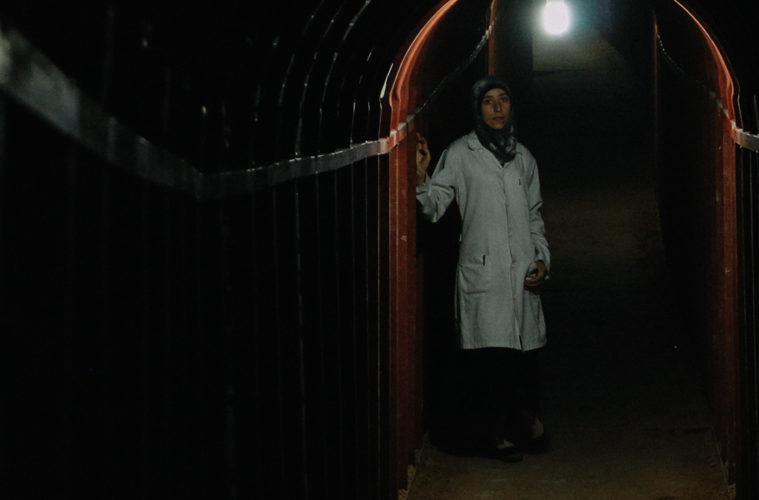 After the recent success of documentaries like Jane and Free Solo, National Geographic has released the trailer for their next documentary. The Cave conveys the trajectory of another extraordinary group of individuals, this time on female doctors in war-torn Syria. World premiering last night at TIFF and opening next month, the film is directed by renowned Oscar-nominated documentarian Feras Fayyed (Last Man in Aleppo).

Shot from 2016-2019, the film follows a group of female doctors who operate an underground hospital in secret tunnels under the city of Ghouta near Damascus, as life above ground has become too perilous for their work. At the heart of the film is Dr. Amani, who operates under these frightful conditions with humor and fortitude. She must also contend with the patriarchal society of Syria while saving thousands. See the trailer below, which conveys a staggering hardship, and underneath it all, hope.

In war-torn Syria, in a hidden underground field hospital, a female-led team of medical professionals and civilian caregivers works tirelessly to provide much- needed medical assistance to an embattled population. Last Men in Aleppo director Feras Fayyad’s new film shows this everyday courage in practice, following Dr. Amani, a 30-year-old aspiring pediatrician. Her medical studies interrupted by war, she leads a team serving the needs of Al Ghouta’s populace, battered by the Syrian civil war’s aerial bombardments and chemical warfare. An unforgettable portrait of everyday heroism, female camaraderie, the effort to mend, and the struggle for light in the dark. A National Geographic Documentary Films release.

The Cave is now screening at TIFF and opens October 18.