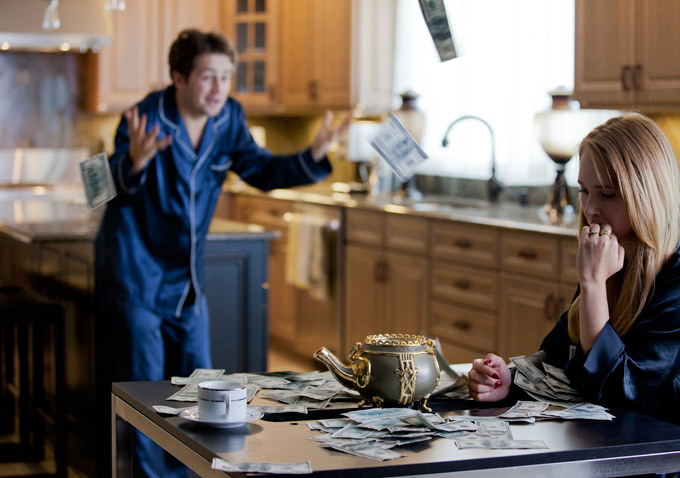 Emerging as two of the most talented young actors of recent years, we’ve continually wondered when Juno Temple and Michael Angarano would get the respective break-outs they deserve. While the former was featured in the one of the biggest films of 2012, The Dark Knight Rises, she was nothing more than a bit part, and the latter, who should have broken out with the charming indie Ceremony, only appeared for a short time in his latest major film, Steven Soderbergh‘s Haywire.

They’ve have another chance though, this time together. After premiering at Toronto International Film Festival last fall, the first trailer has arrived for Ramaa Mosley‘s indie dramedy The Brass Teapot. The high-concept project follows the duo as a young married couple who happen upon a mysterious teapot, one that will deliver riches…but for a painful price. While it seemed to land without any buzz on festivals, hopefully it gets more attention this spring. Check out the entertaining trailer below for the film also starring Alexis Bledel, Billy Magnussen, Alia Shawkat, Bobby Moynihan, Stephen Park and Debra Monk.

John and Alice live in small-town America—20s, married, very much in love, and broke. Once voted “most likely to succeed,” Alice struggles to make ends meet while her friends enjoy the good life. Her husband John, neurotic and riddled with phobias, just wants to get the bills paid. But an accident leads them to a roadside antique shop where Alice is spontaneously drawn to a mysterious brass teapot. It isn’t long before they realize that this is no ordinary teapot and that perhaps they have found the answer to all of their financial woes… THE BRASS TEAPOT is a magical dark comedy that reminds us to be careful what we wish for.