SXSW Review: The Last Cruise is a Horrifying, Personal Look Inside the Early Days of COVID-19 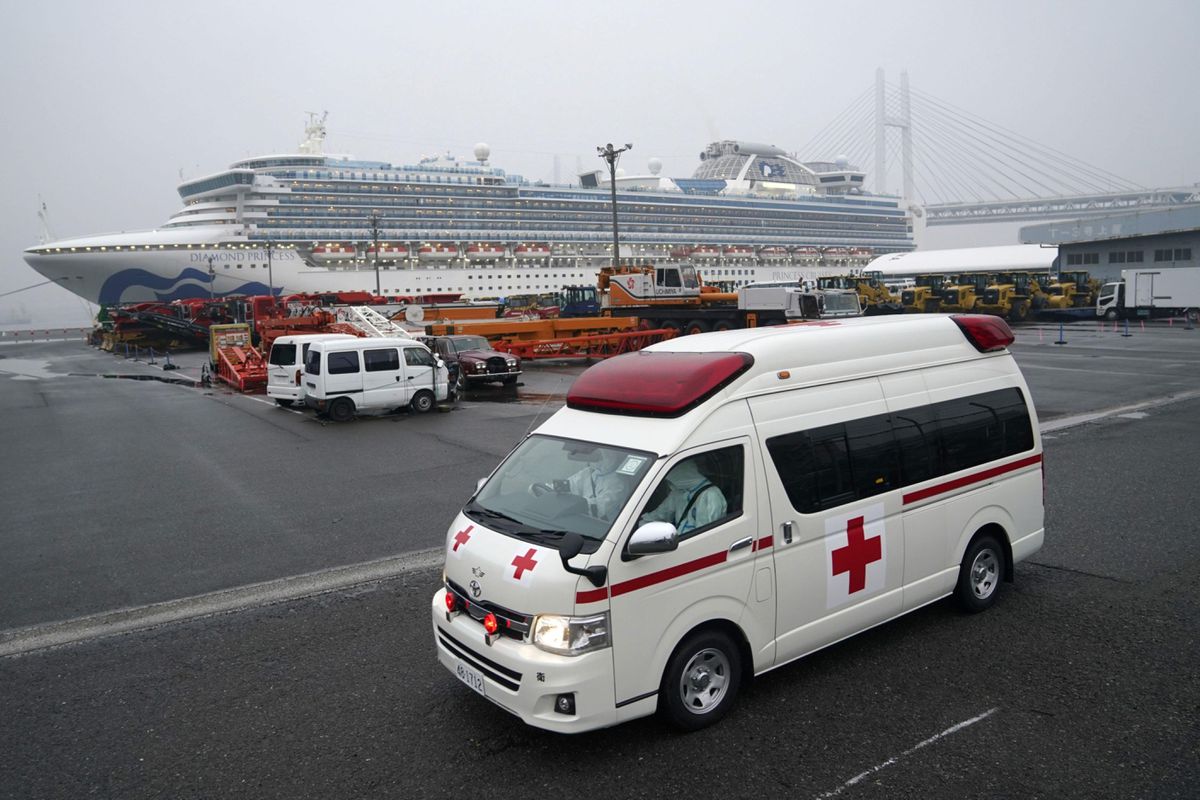 One of several timely films offering a personal and global perspective on COVID-19, Hannah Olson’s medium-length documentary The Last Cruise is a stirring personal account of a tiny but consequential microcosm of COVID: the Diamond Princess cruise, which quickly saw its infections grow from one to eventually 691, 33 days after it set sail. A canary in the coal mine, the Diamond Princess should have offered global health organizations a blueprint for what not to do, and the film quietly makes its outrage known throughout the horrific ordeal.

Capturing the early days of COVID when so much was unknown––prior to jurisdictions throughout the world making mandatory modifications––the film is largely told through the cell phone footage of American passengers and international crew. Starting off like any other vacation home video, we learn the ship sets sail on the day when there had only been four confirmed cases in the world, a fact certainly disputed by recent COVID docs 76 Days and In The Same Breath. Olson instead focuses on the human toll and inequities; wealthy American vacationers have small but comfortable rooms with sun decks to quarantine in, the essential workers of the ship have to keep things running. Living in cramped windowless decks they aren’t able to socially distance and isolate.

The documentary follows accounts of American passengers, including Cheryl and Paul Molesky who were warned about getting off the ship to celebrate Chinese New Year. Kent and Rebecca Frasure, both immunocompromised, later find themselves within the ultimate nightmare scenario, with the film recalling the uncertainty we all felt as we moved into lockdown.

Crew members with native countries spanning the globe––including an American performer, Indonesian dishwasher, Italian ship doctor, and Indian security guard––also share their accounts, serving as essential workers with very little information to share with concerned passengers. The ship’s doctor is unprepared for the task at hand, managing and interfacing with global public health officials while making up a quarantine protocol on the fly that includes signs designating which rooms are COVID positive along with the taping of some room vents. One lesson learned is a third of the COVID positive crew were, in fact, asymptomatic.

Olson briefly touches upon the geopolitical quagmire with Japanese officials taking the lead and eventually removing COVID positive travelers and crew, while keeping others on board. While the film could have easily been stretched beyond its 40-minute running time, padded with global health experts, The Last Cruise instead remains focused on what we did not know. The only medical expert interviewed is the ship’s doctor and it’s reasonable to assume other voices may not have felt comfortable to appear on screen due to nondisclosure agreements signed with the company.

What we do have is a vital and horrifying record of a crisis that we should have quickly learned from, that captures the moment with the immediacy of Facebook Live or Snapchat, while its subjects provide context months removed from the events of January and February 2021. The picture also offers a critique of national health disparities as well as approaches. The U.S., for instance, later extracts passengers only to find the retrofitted military plane also has a section of infected passengers behind thin sheets of dark plastic. The sequence is truly alarming knowing what we know now. Like 76 Days, The Last Cruise is laser-focused on those on the ground, rather than those attempting to lead from the distance.

The Last Cruise is premiered at SXSW and will arrive on March 30 on HBO.