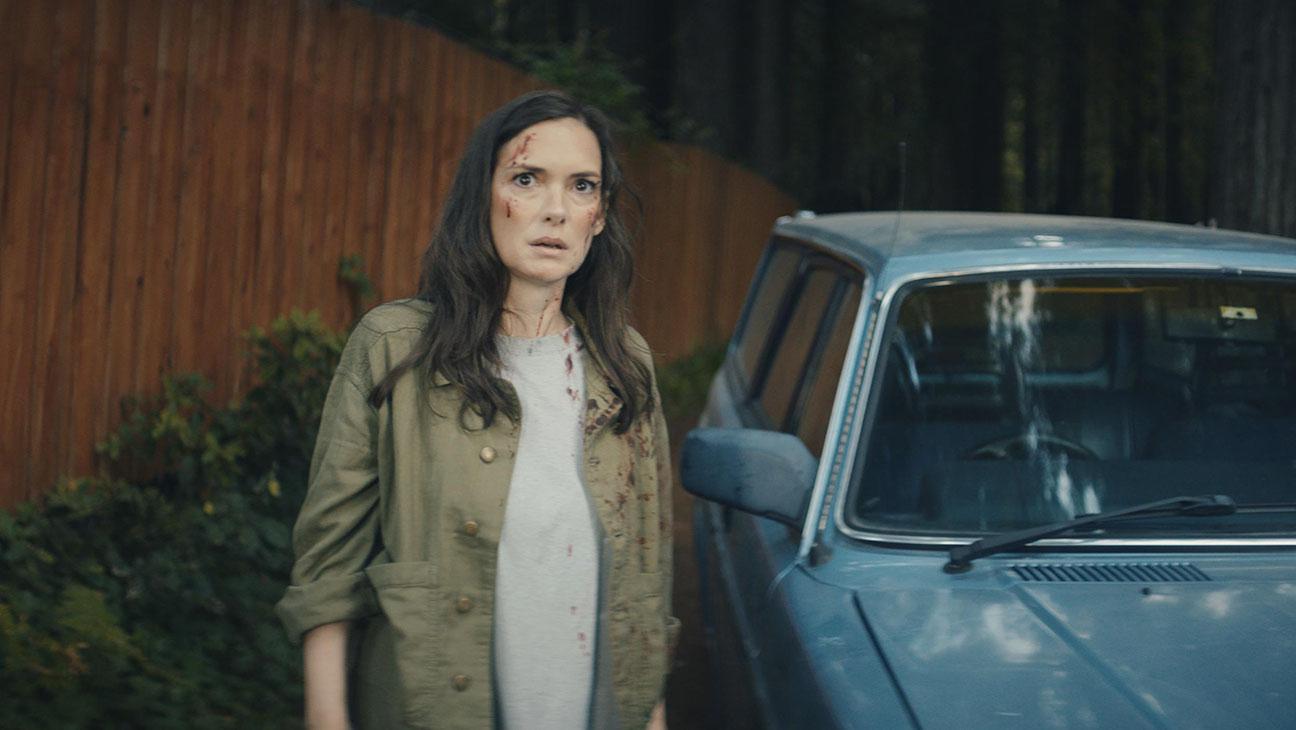 Eli Horowitz’s The Cow offers a rather convoluted approach to an unfortunately straightforward story. For much of its runtime, however, the film successfully offers the kind of misdirection that best not be spoiled in a review.

The premise seems simple enough—a forty-something couple, botanist Kath (Winona Ryder) and her boyfriend, a former student of hers by way of a continuing education extension course Max (John Gallagher Jr.), drive to a remote cabin in the woods. When they arrive they find the place has been double-booked, leading to a weird compromise: a younger couple inhabiting the cabin agree to let them stay the night. They are Al (Owen Teague), a socially awkward introvert, and the much more outgoing Greta (Brianne Tju).

In the process they make the night a mini-party over wine, drinks, and a bizarre vintage board game they’ve found—Pillow Talkers, which is meant to be played with one other person to stimulate intimacy. This leads to some predictable consequences, including an abrupt departure the next morning in which Greta and Max seem to run away together.

Piecing together the mysteries of their relationship, Kath flashes back to moments of tension when they’re together, including a criticism of the overpriced t-shirt Max wears to a dinner party that creates his abrupt exit.

Walking the line between psychological thriller, relationship drama, and dark comedy, The Cow occasionally pulls off all three in its most effective passages before tying up the mystery in a rather neat way. It’s of course no mystery that the film is going to offer the promise of psychological thrills as it telegraphs its tone in the opening moments, but then grows into something potentially more interesting.

The issue at hand is that while the performers—including Ryder and the cabin’s owner Nicholas (Dermot Mulroney)—give it their all, the script is occasionally implausible, veering a step away from flat-out camp. Nicholas enters to help Kath chase down Greta with the hopes of finding Max who has completely ghosted Kath.

Photographed by David Bolen, the film is mysterious and atmospheric, assembled in flashbacks and present-day moments that shift perspective and sympathies in a way that conceals the story, and a third act that could have used some polishing in its script phase. The film’s final revelations are underdeveloped and underwhelming, wrapping up events neatly in a way that lacked the humor of earlier scenes.

Which is a shame. The Cow has many working elements, including the dynamic between Kath and Max, filled with the kind of anxiety that could sustain a Reality Bites follow-up feature. The rest of the picture seems fairly predictable, even if the misdirection is occasionally effective.