SXSW Review: The Boy Who Sold The World Explores a Master of the Universe in the Making 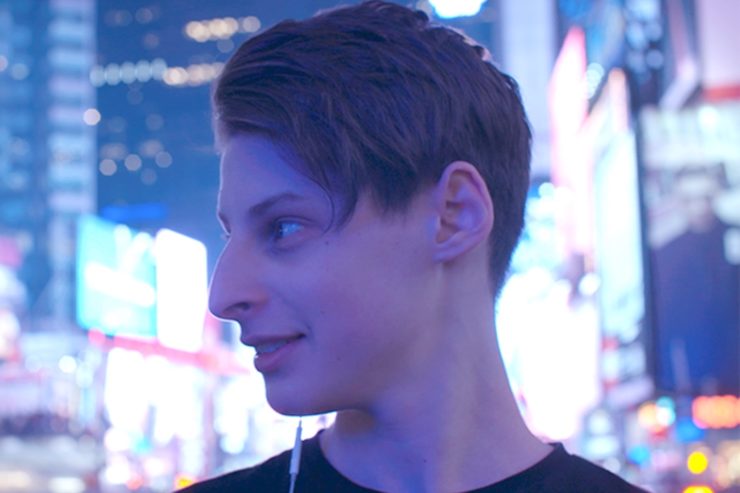 The Boy Who Sold The World is an entertaining look at boy genius Ben Pasternak, a master of the universe in the making (or has he already arrived?). One has to wonder if director Adam Barton got to the game too late or left his story a little too early despite chronicling his subject of the course of several years. The cameras start rolling when mom Amy drops the then-16-year-old Australian boy off at his new high-rise apartment in the heart of New York City. Known for his Apple unboxing videos and his iOS game Impossible Rush, which topped the app store charts, he declines multiple Silicon Valley internships to head to East Coast where venture capitalists throw money at him to develop Flogg, a social network similar for teens to buy and sell goods.

Hoping to take on eBay with his graphics-oriented platform that’s a bit like Let Go and Facebook Marketplace, he finds mentors in John Maloney (former president of Tumblr) and Mike Edelhart of Social Starts, a legendary VC that preps him for the reality that any social platform can come in and do what he’s attempting to achieve. Taking some of Maloney’s advice, he hires his pals Austin and Jordan, keeping them in check with Michael Landsberger who he assigns the title HOBO (Head of Being Old). Old and experienced runs counter to Pasternak’s ambitions as he decides to launch a public beta and a publicity tour before the product is ready to ship.

Director Barton casually watches the action unfold with little intervention, keeping his presence off-screen. The result is a picture that doesn’t cross his subject, who comes off as a brilliant kid with boundless ambition and energy that doesn’t make time for human connections. Like others in the tech world, he’s goal-driven with a desire to beat a competitor to market by moving big and quick. This spirit does lead to a brief attempt at an intervention from thousands of miles away as his parents grow weary when the New York Post published an article in which he claims to be self-made despite the fact they’ve supported his endeavors financially. He fights with them over the definition of a loan.

When Flogg falls flat, Pasternak brings his pals Isaiah Turner and Ryan Metzger, both 18, out to New York to work on his next app, Monkey, a randomized video chat service for those under 24. (In fact, if you’re over 24, the app redirects you to a Google search for nursing homes). Monkey is ripe with problems that initially prevent it from launching on the app store. To police the community on Monkey, he hires Kylie Richie, a 16-year-old completing high school remotely and of course, the team dynamics start to deteriorate as Pasternak grows depressed and disconnected in the process. Perhaps like-minded personalities attract as Isaiah also struggles with the same feelings and is a bit more open about it on screen.

The Boy Who Sold The World is a fairly straight-forward business case study that proceeds with a predictable amount of restrained drama as one would expect when raising a 16-year-old who acquires mentors and VC interest by speaking their language. They beg to get in the round because, well, what if they miss the next “Pinterest” or “eBay.”

Director Barton accepts this all without adopting a critical eye towards an ecosystem that continues to wire money to these untested ideas with little oversight or strings attached. The filmmaker instead opts for a confessional style of interview with some of his collaborators without documenting much of the drama in the room. The extent to which Pasternak, who has media training (as shown a few times in the film), attempts to control the narrative is a little unclear, but he does seem more open to documenting Flog and Monkey in the early happy stages. Perhaps the filmmaker lacked access to the moments that would have made the project more interesting.

The picture does offer a portrait of an ambitious creator who has yet to find the kind of inspiring purpose that guided those like Steve Jobs. Despite being a masterful marketer when it comes to Monkey (ignoring the adults in the room and going straight to Instagram), his products seem to have limited appeal beyond the teen market. That understandably hinders his scale as his user base graduates high school and find themselves either in college or in the real world. His next outing Nuggs, an edgy plant-based alternative to chicken nuggets, may have broader appeal, and this is where Barton leaves Pasternak perhaps too soon. If in 20 years Ben has changed the world (or goes off the rails like John McAfee), this portrait might hold a little more interest than it does now.

The Boy Who Sold The World was set to premiere at SXSW.