SXSW Review: She Dies Tomorrow is a Lucid, Unsettling Picture in the Times of COVID-19 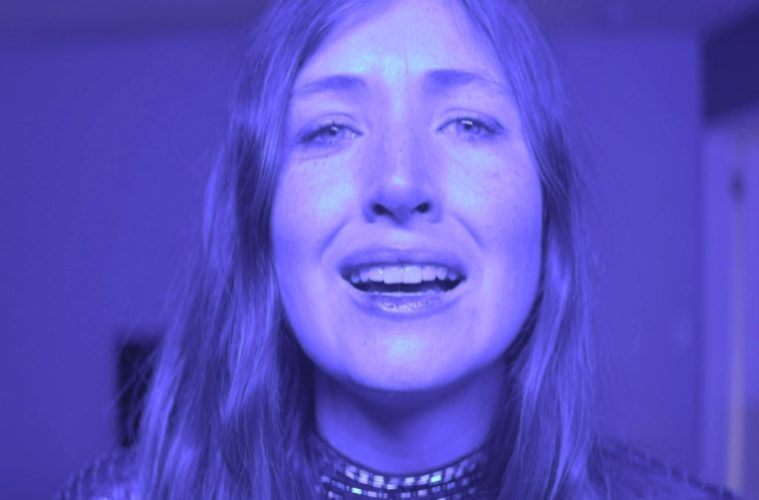 In any other time and in any other place, She Dies Tomorrow would be a lucid and unsettling film. Screened in the height of a global pandemic, it is difficult to watch without immediately emphasizing the uncertainty, as well as the certainty, that radiates from and beyond the frame. The characters know they’re going to die, and once they know that, it feels inevitable. Amy Seimetz’s haunting and puzzling sophomore feature beings with a verbally violent break-up and quickly morphs into a film about contagion and paranoia. It also briefly veers into absurd comedy when things come to a head at a birthday party where everyone wishes after the fact they could have engaged in social distancing.

Kate Lyn Sheil stars as Amy, a recovering alcoholic reeling from her breakup with Craig (Kentucker Audley), who tells her “it’s over” and that “there is no tomorrow.” Alone in a home she’s recently purchased, she is constantly bombarded by triggers and artifacts of the relationship, so much so she takes Craig’s words to heart and relapses. Found by friend Jane (Jane Adams) she continues to murmur thoughts that Jane assumes are both irrational and suicidal until she is too exposed to a darker truth, drawn to intoxicating, blinding lights. She soon believes she is going to die tomorrow.

Jane then crashes a birthday party where two couples banter about the dolphins, infecting attendees (played by Chris Messina, Katie Aselton, Tunde Adebimpe, and Jennifer Kim) as the specter of certain death finds them all in their own ways. For Tilly (Kim) and Brian (Adebimpe) it’s a break-up where both express selfish reasons for wanting to go their own way. For Amy, she’s content to live on the edge, taking a dune buggy ride quite literally into hell (alongside indie filmmaker Adam Wingard).

She Dies Tomorrow is a rich picture full of lucid rabbit holes and traps along the way as it explores the isolation of uncertainty. Seimetz gives the film a playful yet menacing quality as it traverses deeply psychological material while Amy battles her demons, reconstructing what had been an ideal relationship with the present reality of falling down without a safety net. The film is far from a straightforward drama or horror film, striking a frightening tone that in indie shorthand can be described as a mumblecore David Lynch film. Embracing strangeness of his psychedelic Los Angeles-set pictures like Mulholland Drive, Inland Empire, and Lost Highway, it’s also a scathing send-up of yuppies that dream of living alone in the desert and withdrawing from the 9-5 rat race. She Dies Tomorrow is a bizarre and textured work of cinematic poetry, playing like a menacing death march into the unknown.

She Dies Tomorrow was set to premiere at SXSW.