SXSW Review: See You Then Captures a Haunting, Dream-Like Reunion 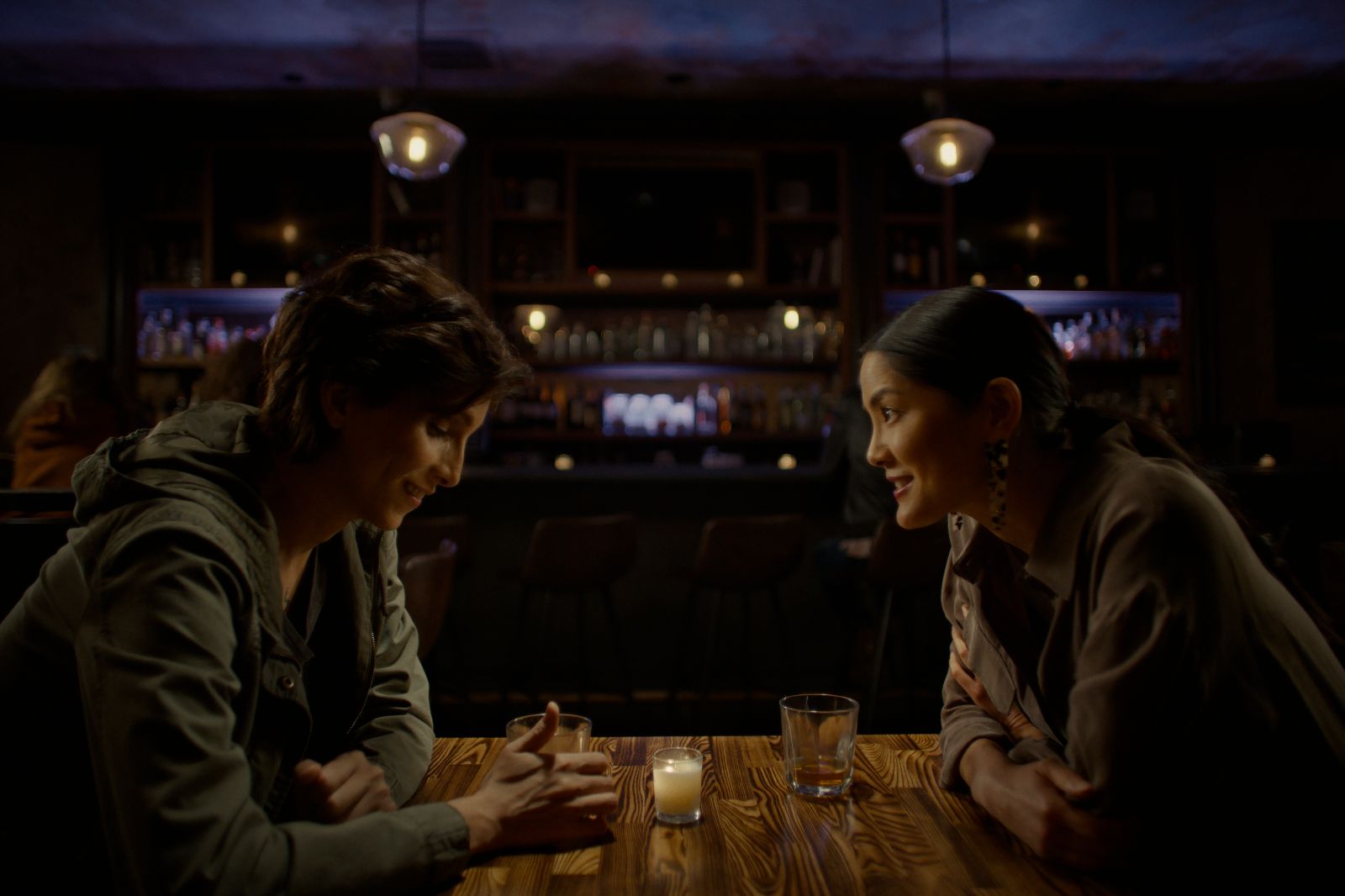 Flipping a traditional formula on its head, Mari Walker’s haunting feature film debut See You Then begins simply enough: we’re introduced to a reunion that takes place in a sometimes awkward dream-like state in a college town on a weekday night when only a handful of professors and students have ventured out. Perhaps, the long conversation that transpires throughout the evening can be read as a truth and reconciliation that needed to occur so that both parties can simply get out of the rut they find themselves personally, professionally, and creatively––the kind of process one might engage in while dreaming of an ex or a road not taken while sleeping.

Visiting a college town for a conference Kris (Pooya Mohseni), a networking specialist, meets up with an old college acquaintance Naomi (Lynn Chen), a daring performance artist who is now a professor juggling course loads and the creative work one has to do to get tenure. Her work, exploring the body, motherhood, and pleasure is an external performance of Kris’ private performance. Having transitioned in her 30s after suppressing the noise in her head with self-destructive behavior, she finds herself learning the basics on her own via YouTube from doing her makeup to flirting.

Naomi seemingly has settled into a comfortable life––at least on paper––with her husband and two boys, while Kris finds herself wanting but ultimately rejecting male partners for fear they will bring their own baggage to their relationship. The layers of the film reveal themselves at their own pace over dinner and then drinks at the kind of local dive bar given some sophistication by the presence of faculty and grad students. Scripted by Walker and Kristen Uno, the more on-the-nose elements explore modes of masculinity heightened by the presence of Peter (Danny Jacobs), a creepy professor willing to meet a female student he’s advising for a drink to “talk” about her “thesis.” Peter, we learn, was an undergraduate acquaintance who was also a womanizer back then.

What is most fascinating about Walker’s feature is the intoxicating rhythm it concocts while taking certain narrative liberties as both Kris and Naomi, holding a shared history with secrets, find themselves within a certain comfort zone. It’s a delicate bubble built and shattered over the course of the evening, leading to revelations that dare not be spoiled in a review.  Rather than function as a work of mumble-core realism, See You Then opts for a free-form, stream-of-consciousness style that perhaps too early finds catharsis after laying it soul bare. Much of that tension is brought to life by cinematographer Jordan T. Parrott’s framing, creating distance and tension in a series of carefully composed low angle shots that set the tone early on for what is to follow.

Similar to actress Lynn Chen’s directorial debut feature which premiered last year––the dreamy hang-out film I Will Make You Mine, the third picture in a loose cinematic universe––See You Then is another film in which a meaningful past relationship is reexamined by those with an entirely different reality and set of priorities.

See You Then premiered at SXSW.