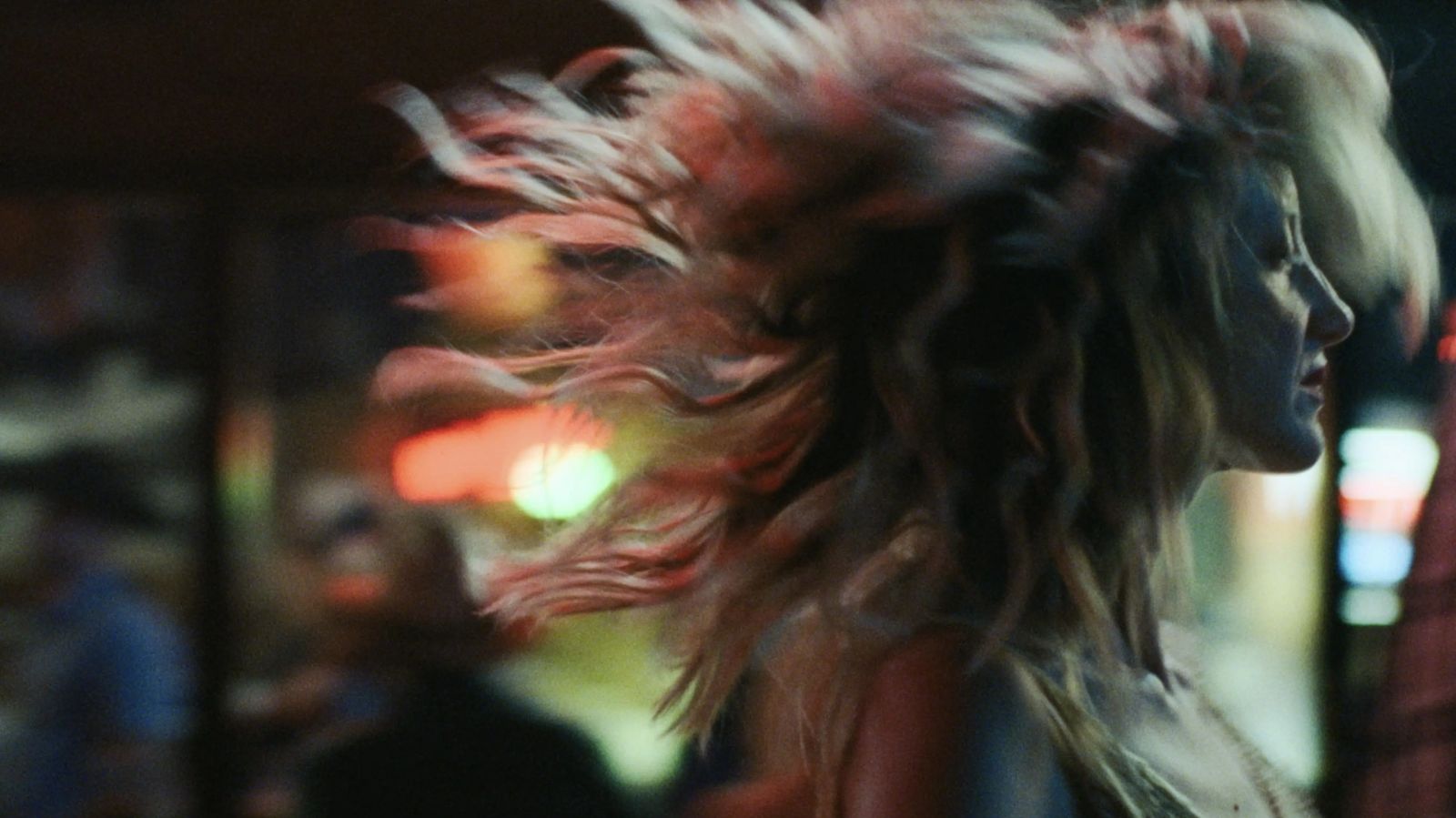 British-born Andrea Riseborough deserves credit for her ability to seemingly morph into any character like a chameleon. With veteran TV director Michael Morris’ feature debut To Leslie the actress brings a tremendous level of sympathy to her West Texan title character. The story is quite straightforward, hinging upon Riseborough’s ability to carry a script with both hope and cruelty.

Once upon a time, Leslie was a young mother who won $190,000 playing the video lottery at her local bar. Years later, she’s strung out and smoking cigarettes down to the filters. When kicked out of the hotel she’s staying at, she moves in with her son James (Owen Teauge) with the promise to get clean. When a neighbor “parties” with her, he has no choice but to kick her out. Her next stop is a group of aging hippy relatives, Duch (Stephen Root) and Nancy (Allison Janney), who hold a lot of resentment towards Leslie, telling her that she must work while on their property—days of partying are over. That, as you can imagine, isn’t in the cards.

Set in West Texas, far from the state’s growing and prosperous cities, To Leslie is a picture where everyone is struggling to get by and chasing their demons. It’s often a harrowing watch, and Riseborough delivers a knockout performance full of tics, nuances, and a beauty that has faded after too many nights of hard partying and hard living. Intimately framed by Larkin Seiple and shot in 35mm, it’s an immersive portrait of a woman at a crossroads. Thankfully, she is granted redemption courtesy reluctant motel owner Royal (Andre Royo) at the behest of long-term motel tenant-turned-manager Sweeney (a nearly unrecognizable Marc Maron). Sweeney is willing to take a risk on Leslie because he’s also been through hard times  and makes Leslie a deal: room and board plus minimum wage for cleaning up the rooms. Though confused, she agrees and proceeds to get herself in trouble in a predictable cycle.

To Leslie hauntingly documents the patterns of poverty where more money begets more problems—especially when you’re willing to blow it all on party favors and free shots. Dutch and Nancy won’t let Leslie forget. The film itself is a sprawling picture about the realities of living in a small town haunted with the best and worst kinds of ghosts, Leslie wandering into what used to her the house she bought for her and James, finding a perplexed but happy family. That serves as a wake-up call for Leslie and Sweeney, who may have gotten himself in over his head.

While perhaps a bit too neat in terms of its plot and resolution, the film is an unflinching portrait and powerful character study that hinges upon Andrea Riseborough’s nuanced performance. Riseborough has proven herself one of the most versatile actresses working today, capable of elegance and glamour—morphing into a woman at the end of her rope or an androgynous Trey Gowdy look-a-like in the 2020 remake of The Grudge. Here she proves again to be a curious and adventurous performer in a work that is not a glamorous or artificial portrait of alcoholism and poverty.