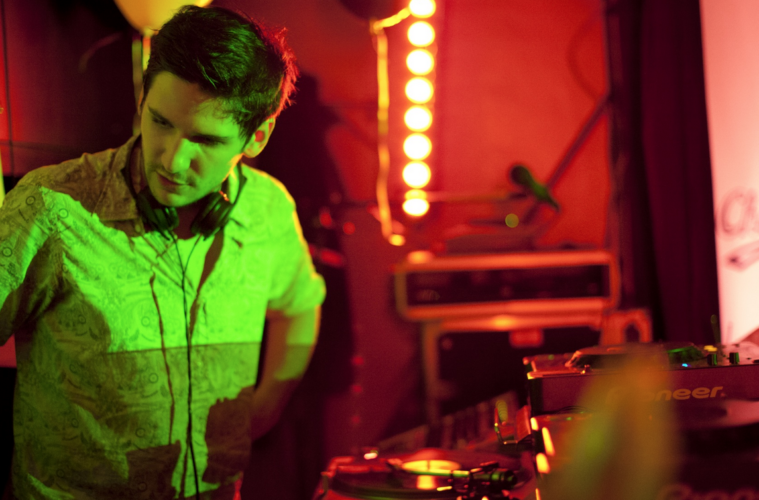 Sven Hansen-Løve on Bringing His Experiences to ‘Eden,’ Diverting From Reality, and His Sister’s Influence

Sven Hansen-Løve‘s name probably won’t spark much recognition, but the extent of his influence on today’s culture is fairly significant. The proof is on the screen: Eden is based on his experiences inside French house music’s incipient days, when the likes of Daft Punk — upon whom the film is (rather erroneously) being sold — were still debuting their records on Hansen-Løve’s turntables. That distinction notwithstanding, much of what occurred in his life between then and now was rather turbulent — enough to comprise much of the drama in his sister’s fourth feature.

After looking over my discussion with her, it was obvious that the close creative relationship between them — Sven is, after all, the credited co-writer, and he revealed to me an even deeper input when we got talking — was a good point around which an interview could revolve. The insight he brings to Eden‘s creation is a fascinating one, and whatever comparisons one might, as a result, be able to raise between the lives of this real-life figure and his fictional counterpart should only deepen the film’s emotional core.

The Film Stage: I wouldn’t say we’d previously met, but I did see you when I interviewed Mia back in October. You were sleeping on a couch next to us.

Sven Hansen-Løve: [Laughs] When was that. In Toronto, or something?

I asked, “Is he okay?” She said, “Oh, we’ve just been jet-lagged and celebrating, which is a bad combination.”

The film premiered several months ago and is only now opening in the United States. What has your life consisted of since that time?

Well, thank you for asking. I’m doing some studying again, so I’m finishing my first year of a Master’s in Creative Writing. In September and October, Mia and me were working on the promotion of the film, but then it stopped. So then I went back to writing, basically, and working on my creative writing, and having a cool, relaxing life in France. [Laughs]

Did you have this path in mind for a while, or did the experience of writing Eden spark it?

No, it’s something I had in mind much earlier. To explain to you: the film ends up in 2013, but it doesn’t really stick to the truth, actually, which is kind of better. The reason is, when we started to write the script with Mia, and we did end the film closer to the reality, which was in 2010, but we finished writing the script, and Daft Punk released their album. Mia’s completely in love with the album — she really loved it — and she wanted to put one song on the new album in the film, which is “Within.” For that special reason, we had to change the date. So what’s happening to the character is in 2013 because of that. But what I mean when I’m telling you this is, for me, what happens at the end of the film is already rather distanced, you know? Many things have already happened to me, because it’s been, like, five years. My life is very different, but all the things I’m doing right now I had in mind a long time ago, anyway.

I was transcribing my interview with Mia, and one thing that caught my mind was her saying you “wanted, violently, to turn the page” on your life, and that this was a matter of life or death for you.

I’d love to hear about that. Maybe, specifically, what the matters of life and death are, and how it could correlate to Paul’s journey in the film.

It’s kind of what you see in the film: I had a rough time, because I was trapped in something I could not get out of, and time went really, really fast. One day I woke up and I realized, “The years have passed, and I’m getting close to being 40.” And nothing had happened. I had made no progress, I’m still single, I don’t have a job, and the DJ thing is not working so much anymore; I don’t want to do it so much anymore, anyway. All those things, and, as you can see in the film, I realized I was trapped in something I had to get out of, in one way or another. It wasn’t easy, because I had some addictions — not only to drugs, but to parties and a kind of lifestyle that was bad. It just took me time to realize it.

Maybe the film helped me a bit, but maybe not so much — because I knew all this already. It’s not like I discovered all this writing the script with my sister; I knew all this. In a way, I guess, my sister helped me, because to be involved in a very important project was helpful for me, because I had no project at that time. I knew I wanted to write, but I wasn’t really able to do it. I was always putting stuff, procrastinating stuff. [Laughs] Also because I was tired all the time. I was tired, probably, from some sort of depression or something. But, yeah, to be involved with the project, that was going to take me a long time. All of this helped me, I guess.

Is it strange or surprising that your experiences are connecting with people all over the world?

No, I don’t think so. Because the film related to a time and a generation, so I’m not surprised that people come to see us and say, “Yeah, I see myself in the film.” Even, sometimes, it’s funny, because I think, for me, it should be very different from what you knew. At one screening in New York, we had a crazy connection with a very old guy — like, 80 or something — and the guy came up to us and said, “I recognized myself when I was young.” That was strange, because he’s old. [Laughs]

With regard to writing, Mia told me she filled out the storytelling and character components. What would you say your contribution to the movie was, screenwriting-wise, past the relating of your own experiences?

The first thing Mia did was, when she started, she interviewed me for a long, long time — like, hours. She took some notes. Then, with those notes, she started to write a story — a plan, a structure. We talked about it again, I added some new notes, and then she asked me to write some dialogue that were related to some experiences of some things I had lived in the past. Then there was the musical part, also, which was very important. We took a long, long time to think about the music of the film. Particularly what we did was a list — over and over again; a long, long list — and then we started to cut the songs that were not that important to put in, so, at the end, we’d get the most important songs. We had a lot of time to do that, because the film took us a very long time to produce, to get the money for. We spent almost one year working on this soundtrack. I was pretty involved with this, and then I was also involved with all the artistic aspects of this.

As a kind of period movie, it was important to have the contribution of some other people, also — to be sure that we were authentic in what we were showing in the film. The sets, all the details. I spent all that time on the pre-production, like the people working on the costumes and sets and everything, and I was almost there every day on the shooting, and again on the editing. It was the last part that was very, very important. Artistically, maybe the most important work I did on the film was the sound editing. It is really something important in the film, and we had to be careful, the way we use the music and all the sound in the film. We worked with a very nice and close friend, with a sound editor, and it took us a very long time, but it was very interesting to work on this. And then, the promotion, of course, is also very important. Basically, I worked one every stage of the film as an artistic consultant.

Did you have much of a hand in the casting?

I wouldn’t say that. It was really Mia’s choice, in the end, but she always asked me what I thought of them. I knew, also, the casting director, so I spent some time, but I didn’t want to interfere with that too much. I took a look at it, but, basically it was Mia’s choice, and also the casting director’s choice. And she’s a very famous casting director in France — probably the most famous — so I could think that they were maybe doing a good job.

Were there any big points of disagreement between you and Mia?

I would say we had some disagreements, but really, really little for the artistic side. Basically, I trusted Mia, and it was really her project more than mine. If we had disagreements, it was really about small details. We had one disagreement about one thing, but that was more the personal stuff of something I didn’t want her to put in the film, because there was a person to who I wanted to be respectful. But we had a conversation and it was fine.

All of her films are based on experiences belonging to her or those she’s close to. The previous feature was based on her youth, this one is about you, and now she’s written a screenplay inspired by your mother. Is it weird, in your family, when she’s making these movies about all of you?

Yes, it is. Yes, it is. But, you know, the interesting thing is that, in the “author” films, it’s very often that the film directors — and we had this conversation with a friend — when writing their own scripts, are thinking about the people around them. Actually, it’s rather common, I think, in the films, but I guess in the “author” films, like French films. It is a bit strange, but… I don’t know, we have to deal with it, anyway. [Laughs] But that’s the thing she wants to do. If you think about some great movie directors, they were really doing the same things — you think about Truffaut, Bergman — they were really talking about the people around them and themselves. It’s a sort of tradition, anyway. It’s pretty common, and of course we have to deal with it, but we did — in one way or another. I think Mia is never saying bad things. She’s always saying things that are not offending, in one way or another.