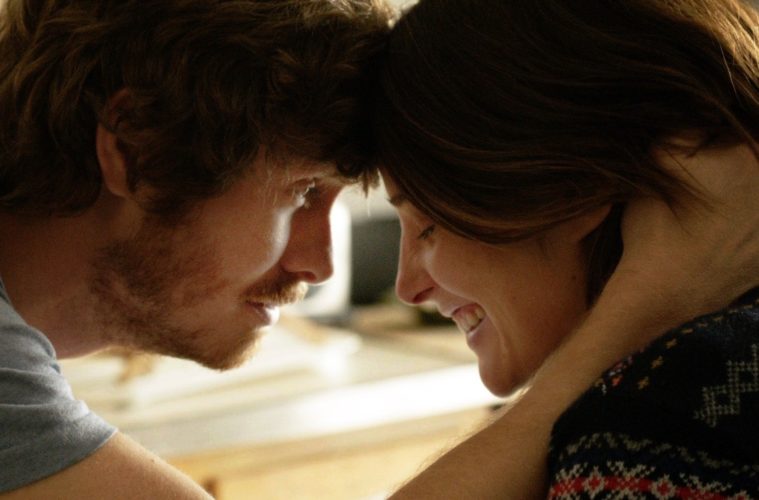 Early on in Kris Swanberg‘s Unexpected, inner-city school teacher Samantha Abbott (Cobie Smulders) finds out that she’s pregnant. The timing’s off, as the Chicago public high school she works at is being shut down after graduation. At home, she’s got a loving boyfriend (Anders Holm) who is fully supportive of the situation, if a bit naive.

The two are quickly married, much to the dismay of Samantha’s judgmental mother Carolyn (Elizabeth McGovern), and make a tentative decision for Samantha to stay at home with their baby once it’s born. Back at school, Samantha learns that Jasmine (Gail Bean), one of her most-promising students, is pregnant as well. And so emerges a set-up that has all the makings of something cutesy. Things begin to look precarious as Samantha and Jasmine become friends outside of class, going so far as to do pregnant yoga and get milkshakes together. Thankfully, Swanberg – who also co-wrote the script with Megan Mercier –  shows a sure hand in handling this central relationship. Samantha’s determined to get Jasmine into University of Illinois, where she herself went years before, baby be damned. Jasmine, played with searing honesty by Bean, is the product of a young mother who ultimately buckled under the pressure, leaving her children to be raised by their grandmother. Despite her best intentions and circumstantial occupation, it’s a situation Samantha can’t possibly understand, something Swanberg makes brutally clear in one of the best scenes in the film. In this world, the stereotypical white savior wants to be just that, only to come up short.

Smulders is shockingly good here. The beautiful actress has been around for years, turning heads on How I Met Your Mother before she signed on with Marvel to play Agent Maria Hill, a woefully underwritten exposition machine for the superhero universe. In Unexpected, Smulders gives the kind of natural performance that is often overlooked but no less impressive, as a young woman who feels forced to choose between her child and her career. It’s a dilemma that’s been touched in many a film before, but Smulders makes it her own. Between her turn here and a bravely strange performance in the all-over-the-place Results (also here at Sundance), the actress has emerged as someone with a range to look out for. Equally splendid is Gail Bean as Jasmine, who must prepare to be a mother at 17-years old, 13 years the younger to Samantha. Their dynamic throughout is engaging and thoughtful, the two actresses exuding a very natural chemistry with each other.

The word crowdpleaser gets thrown around a lot (especially at festivals like Sundance) to the point where it can feel like a negative; something simple and easily digestible. This is a smart, sophisticated piece of storytelling that will please any and all crowds. There’s nothing negative about that.