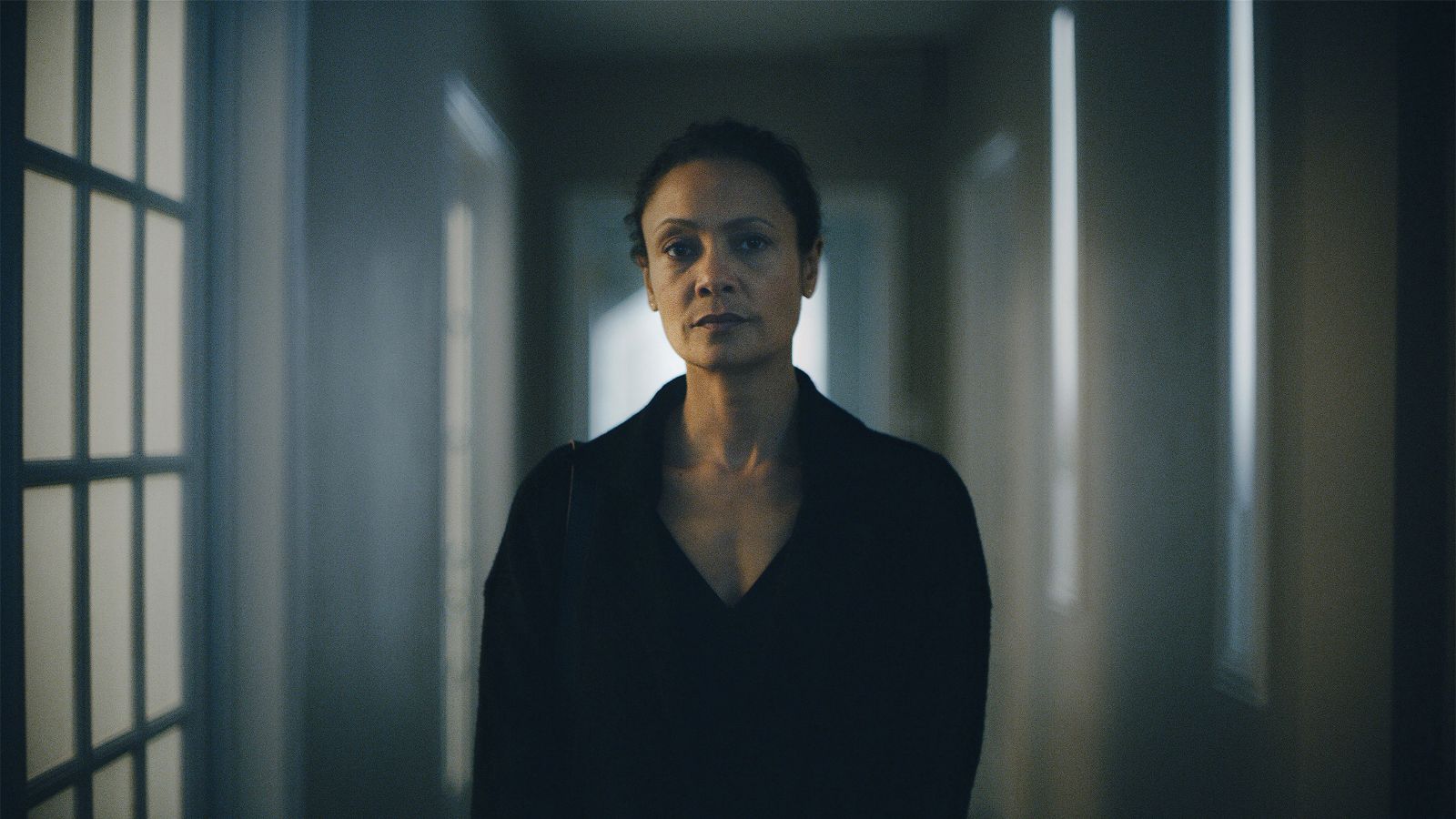 A few thrillers have premiered at this year’s Sundance Film Festival that feature vulnerable and underestimated women, but none of them carry the quiet, enigmatic power of Thandiwe Newton in God’s Country, a frigid neo-western that moves glacially but thoughtfully through topics of class, race, and gender. As Sandra, a college professor living alone with her dog in the vast Montana wilderness, Newton exudes a gravitational force, carrying a stern and inscrutable countenance that her character will eventually use to her advantage in an ongoing dispute with two white men. In a pocket of the country that feels lawless and bitterly divided, Sandra is unafraid to begin a vindictive war of escalation, even if it means stripping away everything important in her life.

Directed by Julian Higgins, and based on James Lee Burke’s short story, “Winter Light,” God’s Country introduces Sandra cloaked in the aftermath of death. In the final weeks before Christmas, she has just lost her mother and buried her ashes in the snowy canyon where she lives. Upon returning to her cabin, however, she sees a red pickup truck parked on her property. To her a blatant act of disregard, she leaves a note, but the next day the truck is parked in the same spot, and the note has been crumpled. When brothers Nathan (Joris Jarsky) and Samuel (Jefferson White), ignorant and imposing hunters dressed in camouflage, return to their vehicle, she confronts them about their callousness, starting a battle of wills that haunts the rest of the movie.

Meanwhile, at the small university where Sandra teaches public speaking, there are different kinds of battles Sandra must also wage. Populated by older white men, the school’s humanities department, led by Sandra’s neighbor, Arthur (Kai Lennox), talks a good game about nominating more diverse teaching candidates to their dean, but the conversation is meant to placate instead of enable change. It’s a confrontational decision that Sandra never has the authority to effectively challenge. “Don’t ever feel like there’s nothing you can do,” Sandra tells her students before their final exams, but you can tell, in this polarizing, pale-faced red region of the country, she may not believe her own advice.

Of course, she tries. After an arrow is shot into her front door, Sandra calls the area’s acting sheriff (Jeremy Bobb), who warns her that contacting the authorities over a property dispute tends to make tensions worse. His response only reconfirms her suspicions that her dangerous problem will likely need to be handled alone. That’s evident when the pair goes to confront one of the brothers at a Christmas tree farm, where tensions rise between the Sheriff and a group of employees, who blockade both of them with chainsaws. In arguably the movie’s best and most riveting scene, Sandra steps up and takes control of the situation.

It’s the kind of slow-burning interaction that God’s Country proliferates throughout its script, which Higgins co-wrote with Shaye Ogbonna. In between Sandra’s encounters, the movie doles out some small, colorful flashbacks and photos that she eventually provides context for—Sandra is from New Orleans and still has issues with her former employer’s response to hurricane relief—but their brief and impressionistic insertions don’t feel like they belong. In another editing style, or in a more dialogue-heavy story, they might share more insight into Sandra’s trauma; instead, there’s not enough to blend and confuse her quiet and bleak surroundings.

Still, Newton’s dynamic performance keeps you hooked. As Sandra attempts to understand her tormentors’ psychology, she pivots from curious and sensitive to cold and cloistered within a few disarming seconds, quickly realizing the fault in courting their humanity. It’s a mistake she doesn’t make again, especially when she realizes that Arthur socializes with them after work. Even in this expansive backdrop, it feels like every small glance, word choice and microaggression carries massive consequences, and nobody is kind or compassionate or strong enough to end the cycle of intimidation and violence. It’s why this movie feels less like a tale of female revenge and more like a tragedy.