Sundance Review: Taming the Garden is an Evergreen Look at Gratuitous Wealth 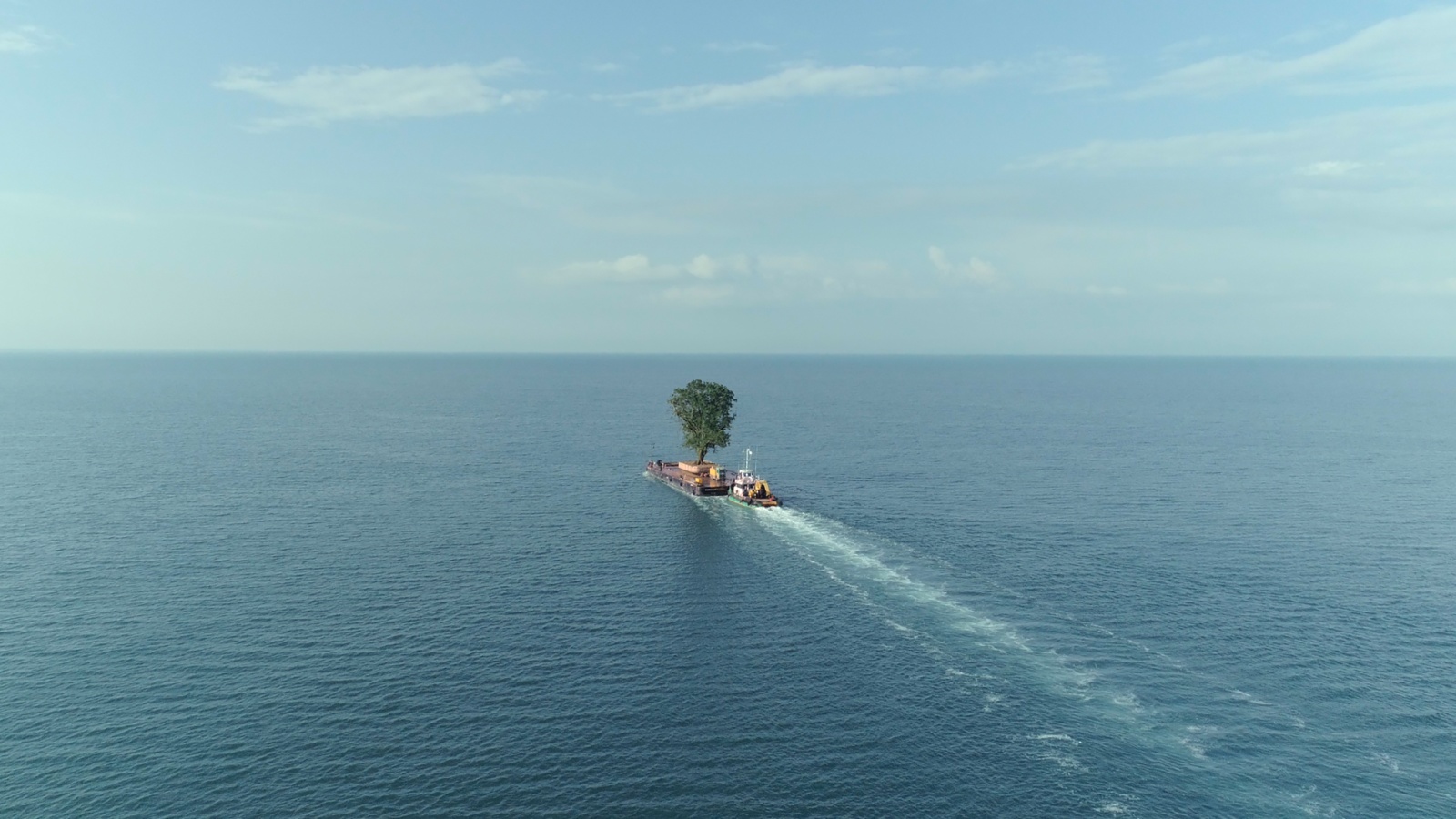 If you happen to maintain your own personal garden and feel stressed about the upkeep, look no further than Salomé Jashi’s visually striking observational documentary to put things in perspective. The garden at the center of Taming the Garden, however, isn’t glimpsed until the film’s final moments as this journey through the country of Georgia is almost entirely about the grueling task of transplanting majestic, century-old trees many, many miles by land and sea. Lest you believe this can be done with some simple equipment, the tree at the center of the story weighs as much as a house and requires months upon months of work to find its new home. In capturing this process, Jashi takes a vivid, evergreen look at the effects of gratuitous wealth.

Absent of on-screen title cards, interviews, or virtually any ancillary table-setting or information outside of this insular world of strenuous work, Jashi opens her film with an otherworldly image. Off the Georgian coast, past fisherman casting their lines, a solitary tree as tall as a building floats across the sea. It’s an image we’ll return to later, but sets the stage for both the awe-inspiring wonder and callous uprooting of nature explored within this patient, singularly-focused documentary. The unseen, powerful man that is responsible for this transplanting is only heard name-dropped in conversations: Bidzina Ivanishvili, the former Prime Minister of Georgia and the richest man in the country, worth nearly $6 billion and a collector of original Picassos, along with these towering native trees. In other hands, this film could easily become a digestible screed against man’s toiling with nature and the damages a life of luxury can inflict when one who holds exorbitant wealth uses it for less than magnanimous means.

Thankfully, Jashi doesn’t traverse down such obvious, heavy-handed roads, rather letting cinematographer Goga Devdariani’s stunning images speak for themselves. Composed of staggering stationery shots, we see the detailed process of digging the tree out, using dozens of colossal pipes drilled beneath the ground. Then the transport by night, employing flashlights and not one, but two massive trucks driving slowly side by side, with the hulking tree emerging from the darkness like a Tyrannosaurus Rex out of Jurassic Park. Along its wake, it takes down other trees, causes electric cables to be adjusted, and even warrants new roads to be created––just so Ivanishvili can have the landscape of his dreams. Chatter from the workers and their families reveal conflicted thoughts about this upheaval, as this man’s lavish hobby means they now have well-paved roads in their community yet the surrounding nature is destroyed along the way.

Reminiscent of last year’s Sundance standout The Truffle Hunters in that Jashi becomes deeply embedded in a little-seen slice of the world with a strictly observational style, one may wish Taming the Garden had a little more of a human touch based on the glimpses we see. A delightful story early in the film about a woman who hit big when someone came for her tree injects a welcome dose of personality to mix up the elongated stretches of tree transporting. The unhurried editing from Chris Wright, who showed a patient hand in last year’s nearly four-hour documentary Heimat Is A Space in Time, once again may test the stamina of some viewers, but the technique is rewarding. Rather than flashy establishing shots revealing the tree in all of its glory, the camera rests on total darkness or a crowd of onlookers before the main reveal, making the money shots all the more fascinating. Taking into account that this production presumably wasn’t sanctioned by Ivanishvil, viewers may be curious what he will make of the documentary. Considering the unfettered hubris it takes to bend nature in your own hands, we imagine the film’s subtle critiques of untapped capitalism would likely be ignored in favor of having a document to show the extent of his wealth and power.

Taming the Garden premiered at the Sundance Film Festival.